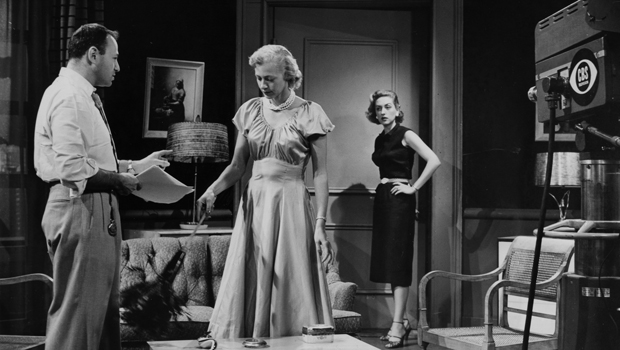 Larry Auerbach, a trailblazing television director whose credits include his 28-year run directing the CBS daytime drama "Love of Life" died Saturday, his son said. He was 91.

Auerbach died in La Jolla, California, from complications of glioblastoma, Scott Auerbach said in a statement.

Born in the Bronx and raised in Mount Vernon, N.Y., Auerbach began his TV career in the late 1940s in Chicago (he had graduated from Northwestern University's School of Speech, now the School of Communications), where he was stage manager on such early TV programs as "Kukla, Fran and Ollie," "Studs' Place" (featuring journalist Studs Terkel) and the soap opera "Hawkins Falls." He also directed "Zoo Parade" with Marlon Perkins and NBC's "Watch Mr. Wizard."

Back in New York, in 1951 Auerbach directed the newly launched soap "Love of Life" on CBS, one of the longest-running TV shows in history. He would continue as its director for nearly three decades until it went off the air in 1980.

In a tribute as much to him as to the longevity of his show, "Love of Life"'s final scene on Feb. 1, 1980, showed Auerbach walking from set to set, switching off the lights for one last time.

Auerbach then went on to direct other daytime dramas, including "As the World Turns" (also on CBS), "All My Children," "Another World" and "One Life to Live," for which he won a Daytime Emmy.

Auerbach helped evolve daytime dramas from live, 15-minute broadcasts to one-hour videotaped productions. His experiences served as a major source of research for the 1982 Dustin Hoffman comedy "Tootsie," set in the world of soap operas.

In addition to his work as a director, Auerbach served as the national vice president and as a member of the national board of the Directors Guild of America. In 2004, he was named a DGA Honorary Life Member.

Auerbach is survived by his wife, Gale, a choral conductor, and their son, Scott, a cinematographer.