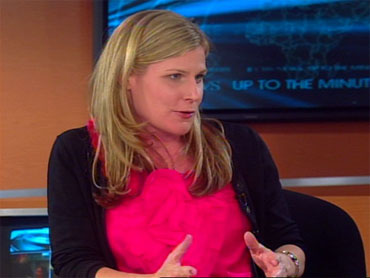 Is it true girls will be girls and boys will be boys? Gender and behavior lines in your baby can often be blurred. And though nature does play a role, nurture has the most influence. There are certain hardwired tendencies in boys and girls, but the most potent effect is how parents relate to their children. Tricia O'Brien, features editor for American Baby Magazine tells us why and what determines the gender behavior roles your baby will demonstrate.

Boys are more active right from the start. A boy is more likely to look at a mobile held over his crib, while a baby girl will tend to focus on someone's face. Boys will gravitate toward things that move. As a girl grows older, she will often engage in quieter, sedentary activities. But, there are always exceptions! Research shows that by age 1, twice as many boys are likely to suffer some sort of injury requiring medical care than girls.

Girls tend to hit milestones faster than boys. Girls often hold themselves up earlier, speak sooner, and have better fine-motor coordination, although both sexes usually start walking at around the same time. Parents of boys be patient. Sons will catch up soon enough.

Boys have less fear. They seem more willing to take risks, even at an earlier age. Whether that's an innate quality or something that parents tend to encourage is up for debate. There's some evidence that this fearless quality may be due to hormone differences, but parents tend to emphasize those identifying traits. Whether you are raising a boy or a girl, your home should be childproof.

Girls gravitate toward princesses and anything pink. Girls, especially, go through a phase where they are intensely interested in girlie things, like wearing a fairy costume everywhere. A 2009 study from Texas A&M found that as early as 3 months, girls and boys clearly show a visual preference for traditionally gender-specific toys such as dolls and trucks. However, another study shows that the most popular toys for toddlers are neutral ones, like nesting cups and building blocks. The best advice is to expose your child to as many things as possible, and see what he/she hooks into and embrace your child's feminine and masculine sides.