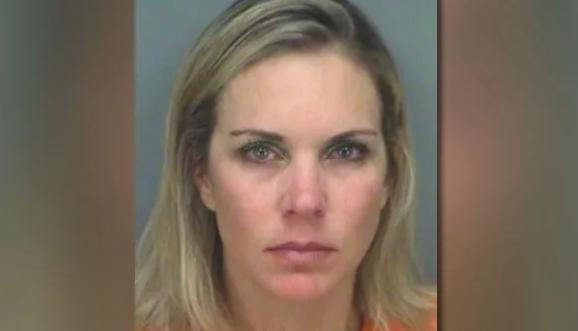 ST. PETERSBURG, Fla. -- A Florida sheriff's lieutenant is charged with driving under the influence after she was spotted driving backward and honking her horn in the middle of the night. Pinellas County Sheriff's Lt. Christi Ruhtz also was fired from the department where she had worked for 19 years.

A deputy reported finding Ruhtz driving in reverse and honking her horn just before 2 a.m. Sunday in Largo.

The sheriff's office said Ruhtz performed poorly on a field sobriety test and initially refused a breath test as part of a criminal investigation. She did provide a breath sample, which is a condition of employment in such circumstances, and that test showed a blood alcohol level of .14. The legal limit is .08.

A phone listing found for Ruhtz was disconnected.

CBS affiliate WTSP reports she was hired by the office on Dec. 21, 1998, and worked as a lieutenant in the public records processing unit.