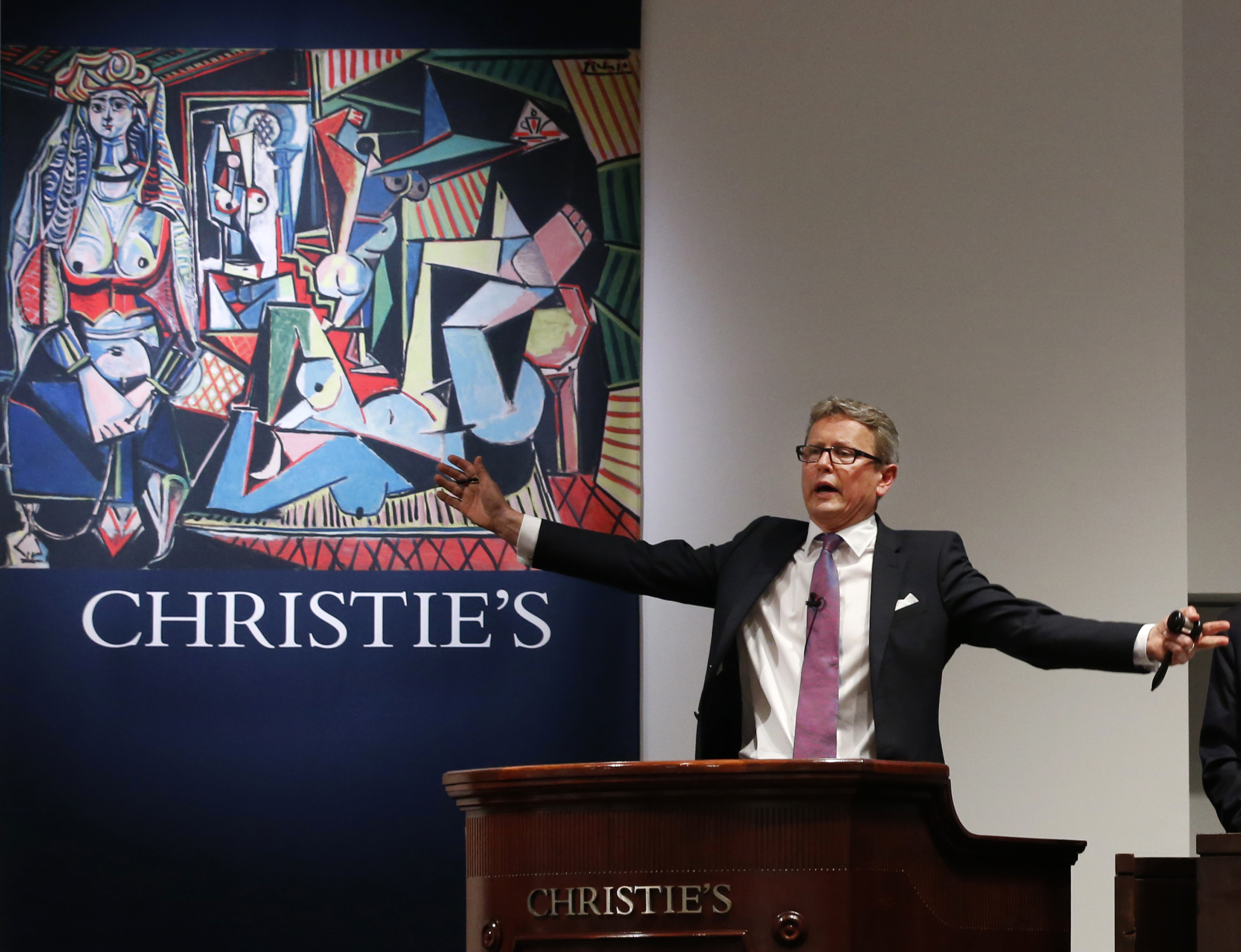 "Women of Algiers (Version O)" was part of a sale at Christie's auction house that also featured Alberto Giacometti's life-size sculpture "Pointing Man," which set a record as the most expensive sculpture sold at auction, at $141.3 million. They were among two dozen masterpieces from the 20th century Christie's offered in a curated sale titled "Looking Forward to the Past."

Experts say the prices were driven by artworks' investment value and by wealthy collectors seeking out the very best works.

"I don't really see an end to it, unless interest rates drop sharply, which I don't see happening in the near future," Manhattan dealer Richard Feigen said.

Impressionist and modern artworks continue to corner the market because "they are beautiful, accessible and a proven value," added Sarah Lichtman, professor of design history and curatorial studies at The New School.

"I think we will continue to see the financiers seeking these works out as they would a blue chip company that pays reliable dividends for years to come," she said.

"Women of Algiers," once owned by the American collectors Victor and Sally Ganz, was inspired by Picasso's fascination with the 19th-century French artist Eugene Delacroix. It is part of a 15-work series Picasso created in 1954-55 designated with the letters A through O. It has appeared in several major museum retrospectives of the artist.

The most expensive artwork sold at auction had been Francis Bacon's "Three Studies of Lucian Freud," which Christie's sold for $142.4 million in 2013.

"Pointing Man," depicting a skinny 5-foot-high bronze figure with extended arms, has been in the same private collection for 45 years. Giacometti, who died in 1966, made six casts of the work; four are in museums, and the others are in private hands and a foundation collection.

Among other highlights at Christie's was Peter Doig's "Swamped," a 1990 painting of a canoe in a moonlit lagoon, which could set a record for the British artist. It was estimated to fetch around $20 million. The current record is $18 million.

Christie's also had a Mark Rothko for sale. "No. 36 (Black Stripe)," which had never appeared at auction, was estimated to sell for $30 million to $50 million. The 1958 work was being sold by the German collector Frieder Burda, who exhibited it in his museum in Baden-Baden for several years.

Last year, Christie's said its global sales of impressionist and modern art were $1.2 billion, an increase of 19 percent over the previous year.