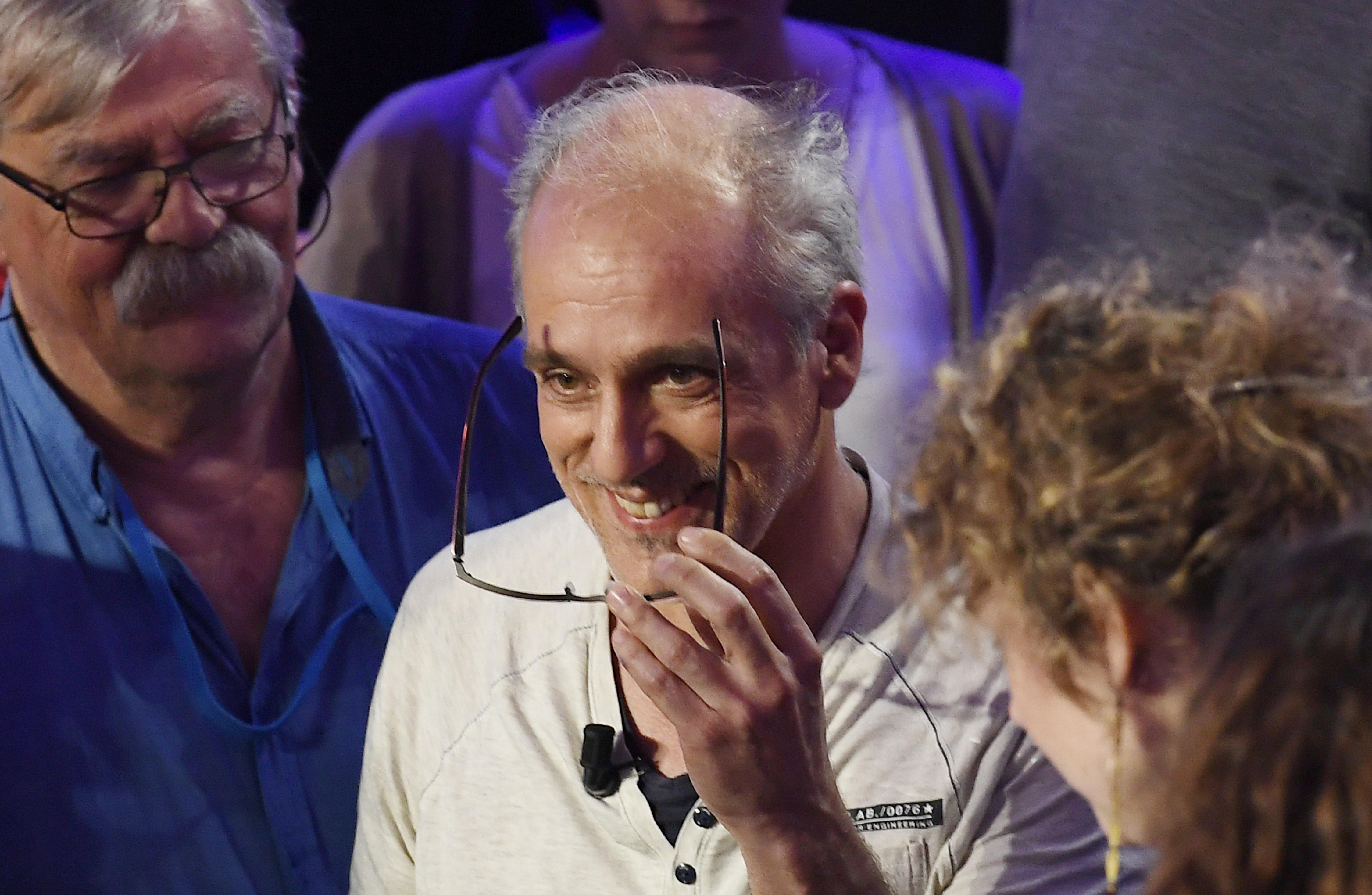 The man, Philippe Poutou, was not a member of the audience. He was a candidate from the far-left New Anticapitalist Party, on stage with 10 other candidates just three weeks ahead of the first poll.

Poutou, 50, who took just five weeks leave from his job in Ford’s Blanquefort plant in the country’s southwest to run for president, created sparks with his fighting rhetoric for the working classes and jabs at the front runners embroiled in corruption scandals.

With support of half a percent in an IFOP poll, he has virtually no chance of winning the presidency in the two-round election April 23 and May 7.

Nonetheless, with an unpolished freshness and childlike grin, he accused Republican candidate Francois Fillon, 63, and National Front candidate Marine Le Pen, 48, of sullying the moral character of politics. Both are embroiled in corruption cases -- and both deny wrongdoing.

Le Pen, who claimed to be “persecuted politically,” said she is protected by parliamentary immunity as a member of the European Parliament.

“There is no immunity for workers,” Poutou fired back.

Fillon has been given preliminary charges for allegedly giving his wife and two children government-funded jobs which they never did. “I didn’t make any mistakes... I’m still here and no one will intimidate me.”

Poutou retorted: “Since January, it’s just been a great campaign ... the more we dig, the more corruption there is, the more cheating there is.”

The unionist, who frostily refused to pose in the collective photo of candidates ahead of the debate, has been basking in the unexpected glory in the hours since.

“I believe there is a real disconnection between the political world and the population,” Poutou told The Associated Press on Wednesday at a political rally in the Parisian suburb of Montreuil.

“(Politicians) mix everything -- their personal funds and the public funds -- as if everything is allowed for them. Their arrogance is unbearable,” he added.