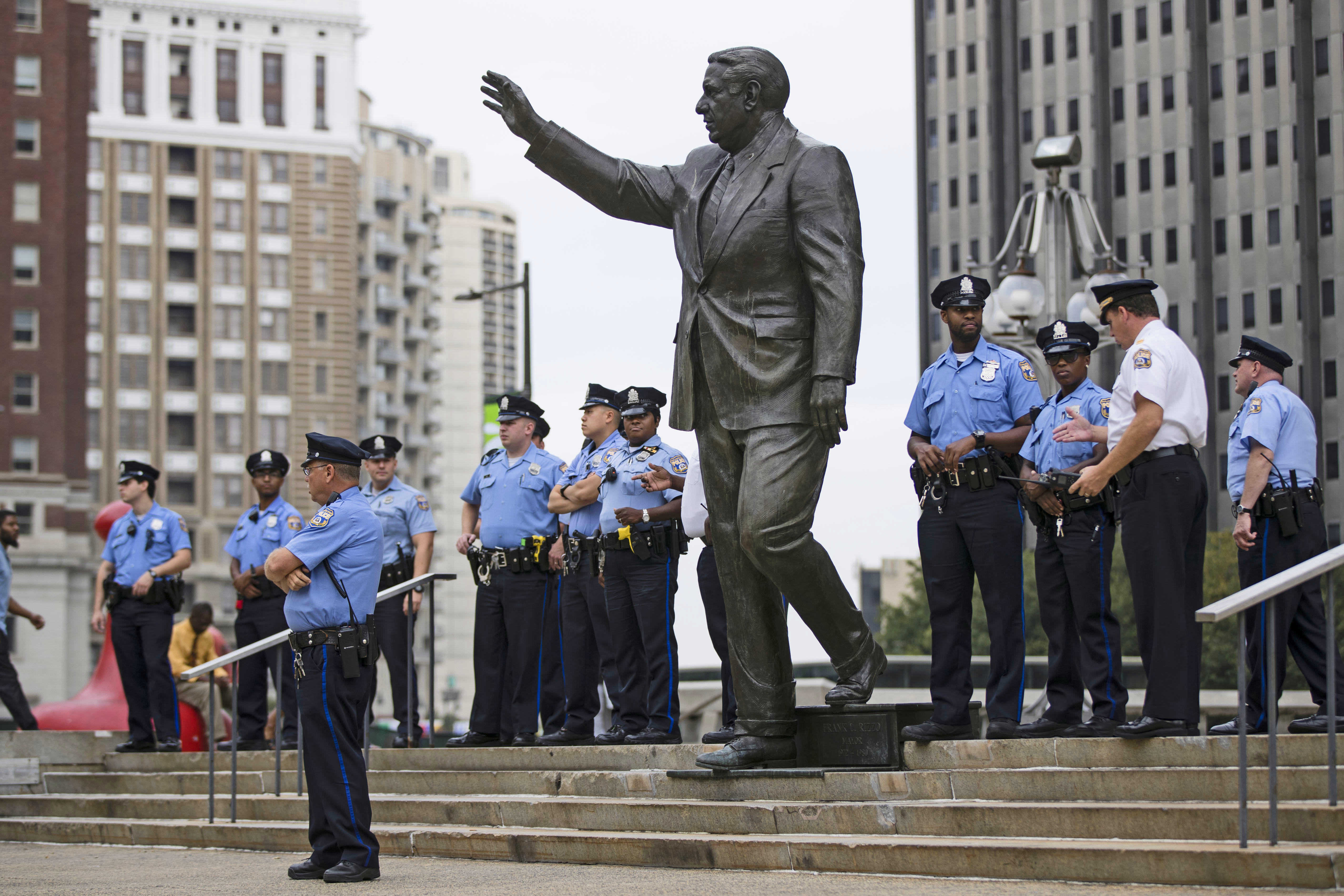 PHILADELPHIA -- The city of Philadelphia announced Friday that the statue of former mayor and police commissioner Frank Rizzo will be moved to a different location, CBS Philadelphia reports.

People who want to see it come down say Rizzo treated the African-American community unfairly, even brutally, at times.

"Earlier this year we initiated a call for ideas on the future of the Rizzo statue. We carefully reviewed and considered everyone's viewpoints and we have come to the decision that the Rizzo statue will be moved to a different location," said Michael DiBerardinis, the city's managing director.

Councilwoman Helen Gym started the calls for the statue to come down from the Thomas Paine Plaza in Center City over the summer. The statue was vandalized and protests were held for the city to remove the statue.

"I was always for relocation," Gym said. "I think it's fine to have statues. I think it is different when it is in the center of the city."

The city did not announce where the statue will be moved to. The city received nearly 4,000 submissions about what should be done with the Rizzo statue.

"The response was very helpful for us to identify a host of potential new locations. We plan to do our due diligence on these locations before announcing the new site, but the input helped shaped some of the options we'll review," said Kelly Lee, the city's chief cultural officer. "Our goal moving forward is to seamlessly relocate the statue to a new, more appropriate public location in the city."

Philadelphia will conduct feasibility studies on potential new locations. Once a new site has been determined, the city will submit a proposal to the Art Commission that requests removal and relocation approval.

"He was a very consequential mayor... His importance to the city is not a complete positive, but we have to look at his significance in its entirety," Philadelphia attorney Christine Flowers told The Associated Press. "I'm not happy at all. There are communities of color who have very, very bad memories of Mayor Rizzo, but what we need is transparency, not to hide this away in the corner."

Officials believe it will take at least six months to prepare a complete proposal.

Black Lives Matter activist Asa Khalif said the city's decision represents "the will of the people, especially those who are black and brown for whom the statue represents generational oppression and violence."

"It sends the message that there is very little tolerance for white supremacy and racism and celebrating those in the past who have oppressed black and brown people," Khalif told the AP. She said Rizzo's actions and demeanor preceded the country's current racial climate around issues of community policing and outspoken rhetoric.

Meanwhile, the former mayor's son, Frank, said the decision has disappointed his family.

"I don't think this drastic a step was necessary," he said, adding that the family had gotten no warning about the decision. "My mom's 101 years old and this isn't how she should hear about it."

"Once you start moving things around, you're always going to get somebody that doesn't like something, and then do we have to consider removing everything around there," he said.

Tom Hine was an architecture critic for The Philadelphia Inquirer and is quite familiar with the statue.

"I actually said good things about the statue, but I said this was the wrong place for it to be," Hine said.

Philadelphia has long tried to reconcile the complicated legacy of Rizzo, who served as mayor from 1972 to 1980 and who died of a heart attack in 1991. His friends, family and fans remember him as a devoted public servant unafraid to speak his mind. His detractors saw his police force as corrupt and brutal and said Rizzo alienated minorities both as police commissioner and mayor.

The statue has been standing in front of the Municipal Services building since 1999.