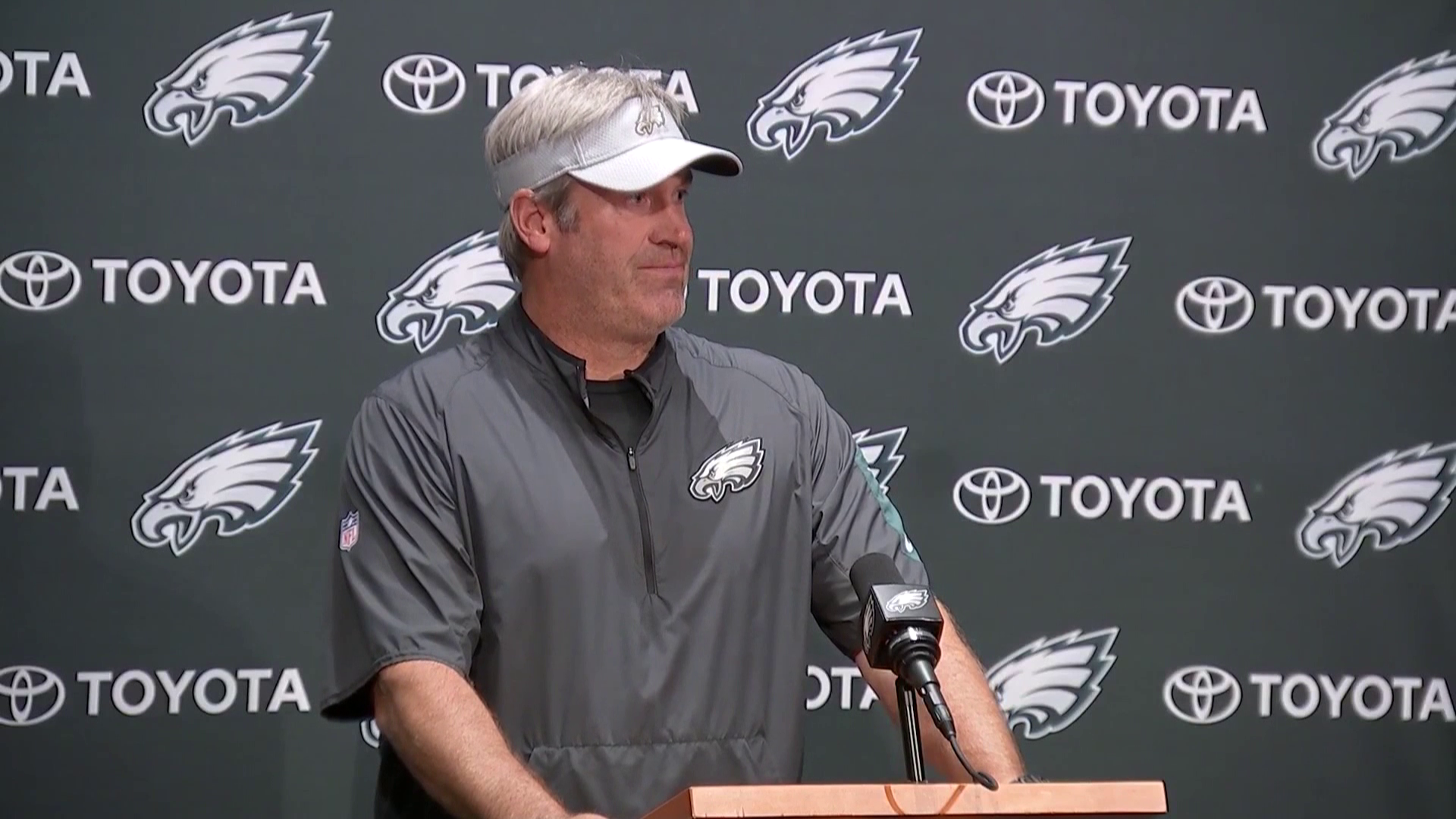 PHILADELPHIA -- Philadelphia Eagles coach Doug Pederson said Wednesday he was looking forward to going to the White House to be recognized as Super Bowl champions, but he wouldn't further discuss a visit that was canceled by President Trump. Pederson spoke to reporters for about eight minutes before the team held one of its scheduled practices.

He repeatedly made clear he didn't want to discuss details of the trip's breakdown.

"What you've seen and what you've heard is enough," he said. "I'm not going to stand here and discuss it."

He declined to provide information on how things escalated to the White House accusing players of abandoning their fans by deciding to not attend.

Mr. Trump rescinded his invitation late Monday and instead turned the ceremony for the Eagles on Tuesday into his own brief "Celebration of America" after it became clear most players weren't going to show up. Mr. Trump tied the dispute to his criticism of players who have kneeled during the national anthem to protest racism and police brutality, even though no Eagles players kneeled for the song during the 2017 season.

Pederson said the team is united and plans to move on from the issue.