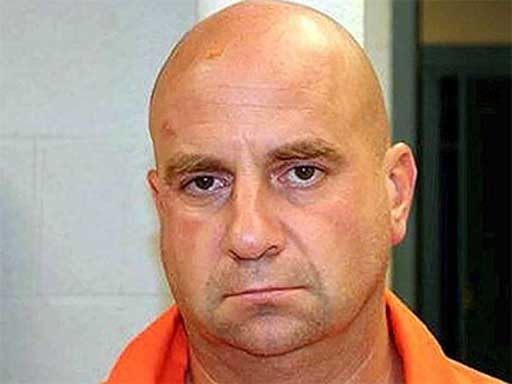 (CBS/AP) CHESHIRE, Conn. - A man convicted in the brutal home invasion killings of a Connecticut woman and her two daughters in 2007 said no one was supposed to get hurt and he "just snapped" before he and an accomplice set fire to the house.

"To this day I don't know why it happened. I just wanted money. That's all I was looking for," Steven Hayes said in an hour-long jailhouse interview with the New Haven Register.

Hayes, 50, and Joshua Komisarjevsky, 33, were convicted of capital felony, murder, sexual assault and other crimes and sentenced to death for the July 2007 killings of Jennifer Hawke-Petit and her daughters, Hayley, 17, and Michaela, 11, at their home in suburban Cheshire.

The two men, both convicted burglars, spotted Hawke-Petit and Michaela at a local grocery store, followed them and later broke into their home. Komisarjevsky beat Dr. William Petit, the only survivor, with a baseball bat, and Hayes later went with Hawke-Petit to a bank and forced her to withdraw $15,000 under the threat of harming her family.

Hayes said he and Komisarjevsky were going to leave after he returned from the bank with Hawke-Petit. But then, he said, Komisarjevsky told him that he sexually assaulted Michaela.

"I started to lose it," Hayes said. "Then I looked out the window and saw an unmarked police car. And I just snapped."

He said what happened next, including his assaulting Hawke-Petit, "wasn't who I am."

"I wasn't thinking right; I don't know what I was thinking. It was so unlike me. I'd never done anything like that," he said.

Both Hayes and Komisarjevsky have blamed each other for escalating the crime and lighting the match to set the home on fire.

In his first interview since being convicted in 2011, Komisarjevsky told The Associated Press last year that he tries not to think about the crime and suffers no nightmares about it. He declined to talk directly about the crime, citing advice from his lawyers.

At the Northern Correctional Institution in Somers, Hayes told the Register he can't stop thinking about the Cheshire murders. He also said that although he wishes he could be executed as soon as possible and doesn't think he deserves to live, he no longer thinks about killing himself.

"I realize now I've got to live with this pain," he said. "It's something I'm supposed to live with."

Hayes told the paper that if he had the chance to face William Petit he would "try to answer his questions."

"I don't know if there's anything I could say. I definitely feel sorry but that doesn't change things," Hayes said.

William Petit didn't respond to a request for comment.

"How do you plan such behavior and allow people to die at your hands and burn alive, especially when you have children of your own? Snapped? Doesn't sound like an excuse to me," she told the newspaper.

Hayes reportedly contacted a reporter at the New Haven Register to request the interview so he could talk about a civil suit he has filed in federal court in Hartford alleging denial of medical care for anxiety and "harassment and psychological torture" by the prison staff.

Complete coverage of the Petit Family on Crimesider