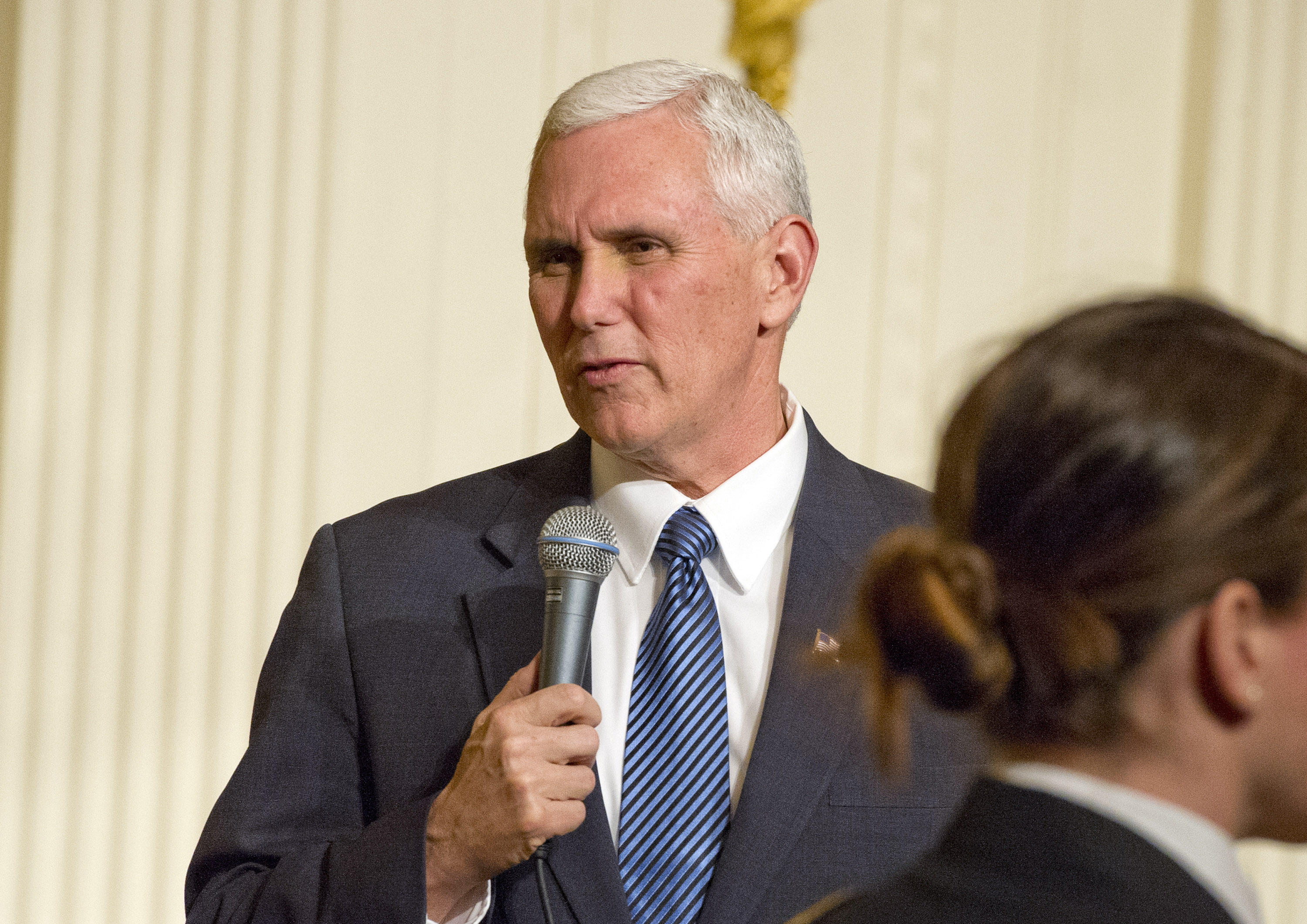 The Oct. 23, 1983, attack on the U.S. Marine barracks in Lebanon, and the suicide bombing at the U.S. Embassy there just a few months earlier, are often pointed to as the beginning of major anti-U.S. attacks from Islamist groups. Those two bombings, and the hundreds of casualties that resulted, led to the creation of the Diplomatic Security Bureau and new guidelines for U.S. posts and facilities around the world.

In the barracks attack, a suicide bomber drove a truck full of explosives into the military barracks. President Ronald Reagan ordered the battleship USS New Jersey, stationed off the Lebanese coast, to bombard the hills near Beirut in retaliation. Months later, the Marines were ordered out of Lebanon.

McMaster said the day was a moment to honor the memory of those service men and women who were killed in the "mass murder" conducted at the "behest of Iran's Islamic Revolutionary Guard Corps," making it the the deadliest surprise attack on Americans since Pearl Harbor.

"Those who fell in Beirut and on 9/11 must ever remind us of our grave responsibility to defeat the terrorist networks that continue to destabilize the Middle East, brutalize people and attack civilization," said McMaster.

He added, "Whether at the behest of the Islamic Revolutionary Guard Corps or al Qaeda or ISIS, these groups are all the enemies of humanity of all peace-loving nations."

"I say with confidence under this Commander-in-Chief, the armed forces of the United States will have the support they need to confront our enemy and win," said Pence.

He added, "Radical islamic terrorism is a hydra with many heads striking London, Paris, Barcelona, no matter what name they choose to go by or where they try to hide, this president and our armed forces are committed, as the president said in his own words, to destroy terrorist organizations and the radical ideology that drives them, and so we will."

He also labeled Iran as safe haven for terrorism.

"President Donald Trump has put Iran on notice that we will no longer tolerate their destabilizing activities or their support of terrorism across the region and across the world," said Pence.

He added, "Iran's theocratic rulers aided and abetted the Beirut bombers 34 yeas ago and even now, Iran praises the attackers and remembers them as martyrs. And worse yet the Iranian regime continues to funnel funds and weapons to its terrorist minions with the goal of shedding blood and sowing chaos throughout the wider world."

"This president will not sit idly by while the ayatollahs in Tehran plot more attacks like the horrific attack that we remember today," Pence said.