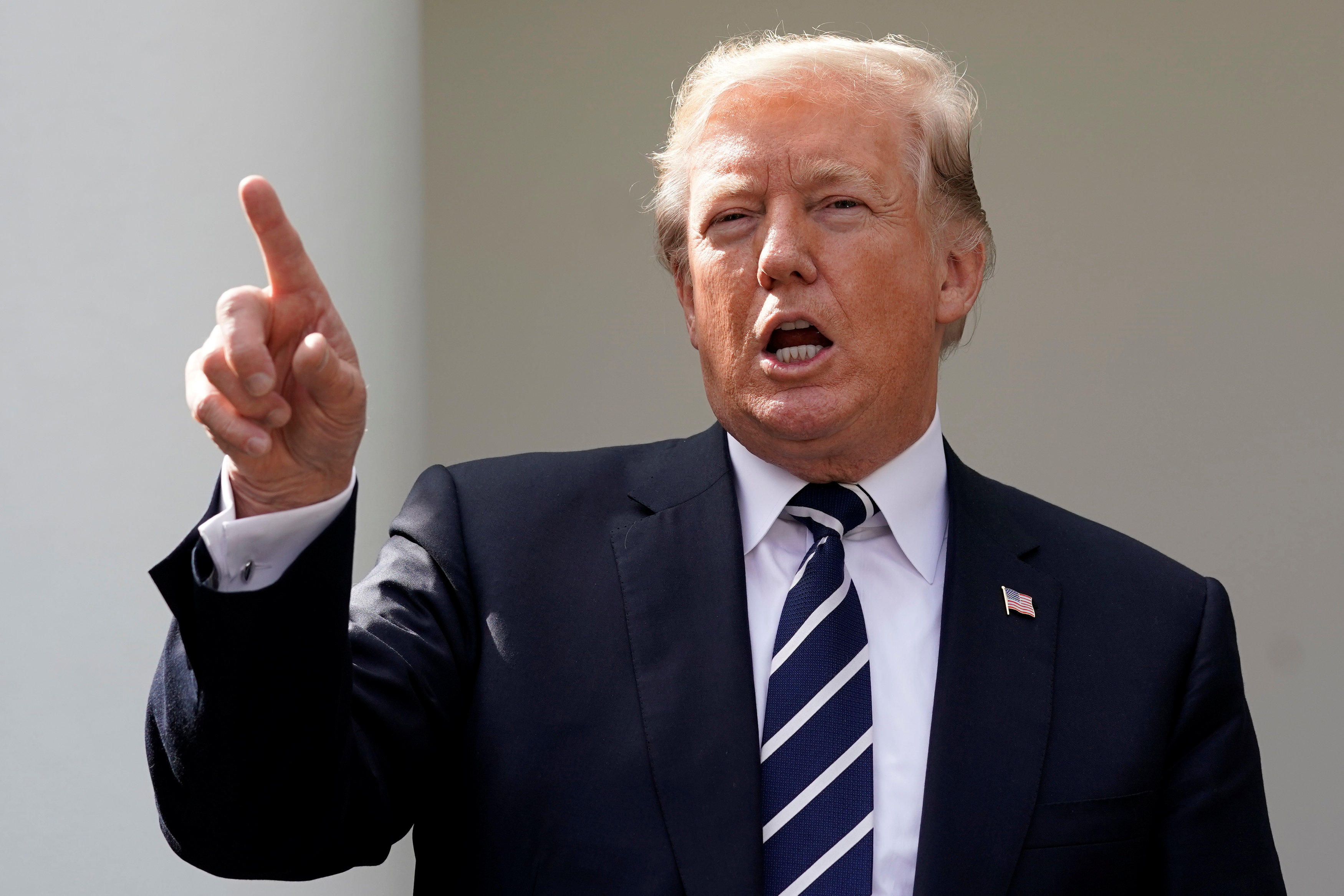 WASHINGTON -- President Trump on Monday renewed his threat to fully withdraw the United States from the landmark Iran nuclear deal, while holding out the possibility that fixes to the accord may prevent an American pullout.

"You know we have the Iran Deal that right now is being studied and I think a lot of people agreed with what I did," Mr. Trump told reporters at a meeting of his Cabinet in the White House on Monday.

Justifying his decision last week to decertify the 2015 pact under U.S. law, Mr. Trump said the United States had been taken advantage of in negotiations the Obama administration conducted and that he was tired of it. He said that's why he refused to confirm to Congress that the deal is in America's national security interest.

Mr. Trump decertified the pact on the grounds that Iran had committed several violations of the deal and is receiving disproportionate relief from international sanctions for the concessions it made. But he did not announce a withdrawal from the agreement. Instead, he kicked the future of U.S. participation to Congress.

Lawmakers now have 60 days to snap back sanctions on Iran that had been suspended, keep the status quo or, as the Trump administration has suggested, amend or replace the Iran Nuclear Agreement Review Act -- which compels the president to reaffirm Iran's compliance with the deal ever 90 days. The law's requirements could be broadened so that sanctions relief for Iran is contingent on things beyond the nuclear deal, such as Tehran halting ballistic missile testing.

At the same time, the administration is pressing the other nations in the nuclear agreement to fix what Mr. Trump believes are fatal flaws, including the expiration of some restrictions on nuclear activity under so-called "sunset provisions." In addition to Iran, the deal's other parties are Britain, China, France, Germany, Russia and the European Union.

Mr. Trump referred to the lobbying effort with Congress and the other governments as "Phase 2." He said a failure to achieve either or both could lead him to pull out.

Congress is currently drafting legislation that could alter the existing law but it remains unclear if it could pass.

All the other nations in the deal say it is working and there is no reason to reopen it. However, France has signaled a willingness to try to supplement the accord with side agreements that would address concerns about Iranian nuclear restrictions that begin expiring next decade.