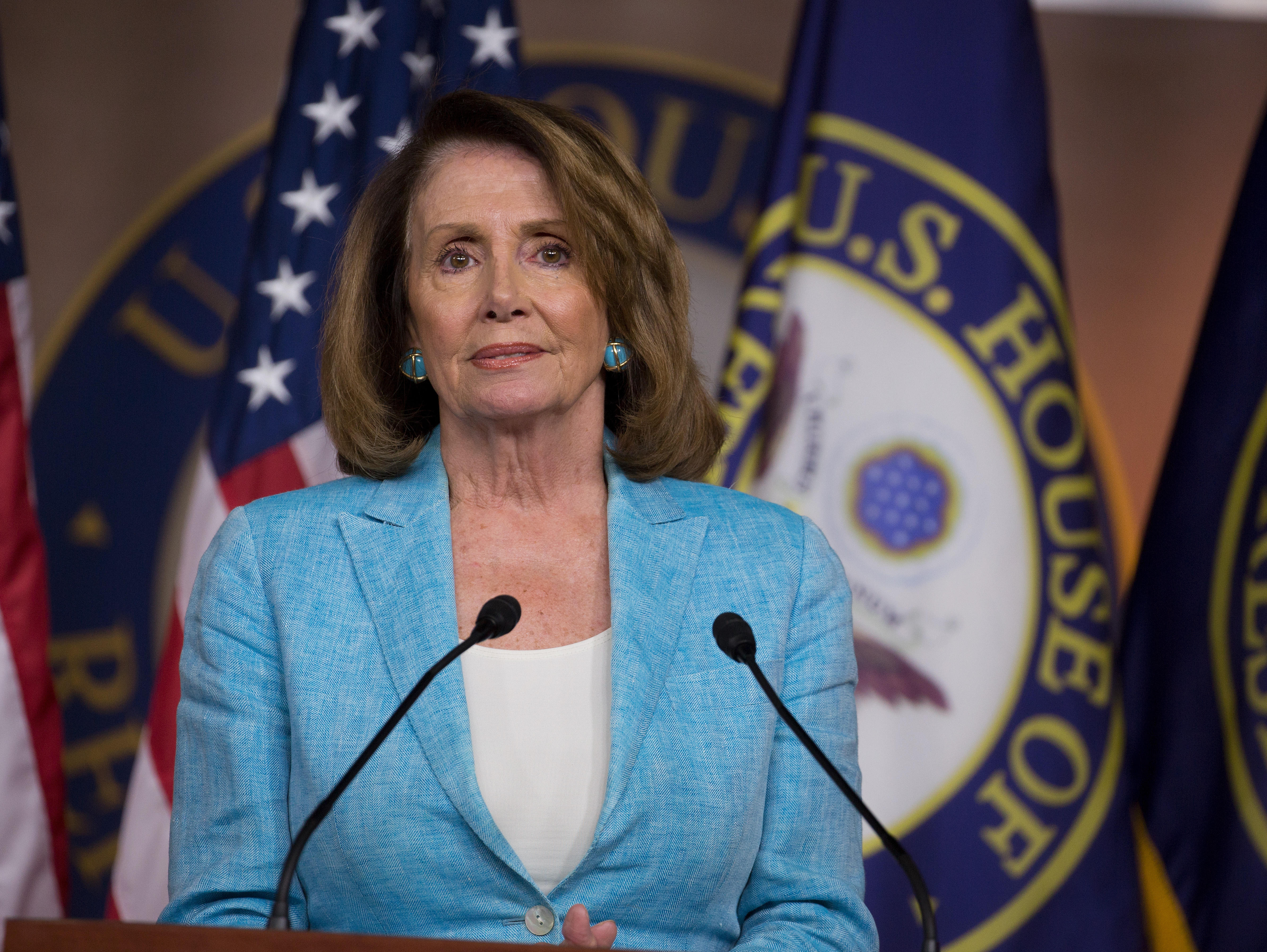 Although Nancy Pelosi said more than once she'd wait to comment about the handful of GOP members blaming the left for the gunman who targeted Republican lawmakers, she could not hold back.

Questions from reporters about the Republicans, like Reps. Steve King and Chris Collins, who blamed left-wing anti-Trump rhetoric for the shooting, prompted an angry response from the House Democratic leader.

The Alexandria shooting took place during a practice for the annual Congressional Baseball Game for Charity, and wounded five people, including House Majority Whip Steve Scalise, R-Louisiana. Scalise underwent his third surgery since the incident Thursday and remains in critical condition.

"Let us all take a step back, examine our own conscience, see what negative attitudes we can all curtail, but the sanctimony of it all, really, really?" Pelosi said. "Don't you think it's strange that instead of being prayerful about all of this that they would start saying-- let's have this conversation another day, okay?" she added.

A day after the shooting members of Congress resumed business, after delaying House votes and postponing hearings Wednesday. On Thursday night, Democrats and Republicans will play their annual game, as scheduled.

More than $1 million has since been raised for charity through the game, and more tickets for additional seating were to be provided, in response to the outpouring of support.