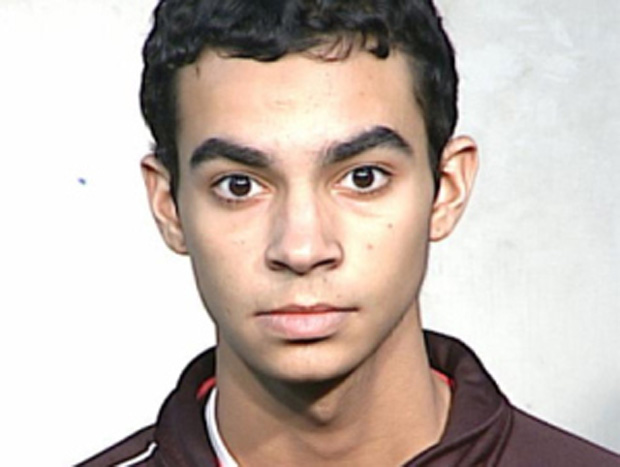 (CBS/AP) NEW YORK - Paul Marquez, a 23-year-old New York man, pleaded not guilty Tuesday to charges he allegedly tried to sell the baby of a woman he dated on Craigslist for $100, CBS New York reports.

Marquez, of Staten Island, is charged with endangering the welfare of a child, harassment and a social service violation of authorities to place or board out children. He had pleaded not guilty to the charges and is being held on $1,000 bail on Riker's Island, according to the station.

Authorities said Marquez and the baby's 19-year-old mother had recently started dating and he told police he got upset when the woman began losing interest in him.

According to the criminal complaint, Marquez, who works as a stockperson at a Victoria's Secret, admitted he posted the listing just to get back at the woman.

He allegedly listed the ad under the "baby and kids" section of the site in a post riddled with spelling errors:

"heyy i have a 2 month old baby [name redacted] she loves to play nd have her little fun but there is only 1 problem, the doctor said that she has asthma nd if she turns a certain way she can stop breathing, she's really getting on my nerves nd I don't want her Please email me"

Prosecutors said Marquez gave the mother's phone number to a person who answered the ad. That person then called the mother and she notified police, the station reports. Investigators are looking into that person's request. The call may have been out of concern and not an illegal attempt to purchase the child, the station says.

Authorities say the ad was flagged and taken down at least once, but Marquez reposted it.

Those who know the 22-year-old say they are stunned, especially since he has a 2-year-old daughter himself.

"He's got his own child," a friend of Marquez's reportedly told the station. "He's basically a doting father. He probably did it as a joke."

Following his court appearance Tuesday, Marquez's family spoke out in his defense.

"He's a good kid, it was a stupid mistake that he did. Bottom line, he was on heavy medication cause he broke his leg, that's all. He didn't mean no harm, there wasn't nothing malice about it," one family member said.

Marquez reportedly faces up to a year in jail if convicted.