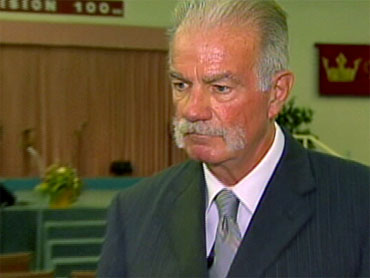 (CBS) - Terry Jones, the Gainesville, Fla. Pastor who burned a Quran after a mock trial that found the book guilty of crimes against humanity on March 20, is now reportedly receiving death threats for his public display.

Jones has received over 300 death threats since the "trial." Some of them even list a specific date, time and place, Jones told ABC News.

His torching of the Muslim holy book, which was streamed live online and promoted on Facebook, has incited deadly riots in Afghanistan.

At least 20 people were killed and many more injured as a handful of violent protests broke out in Afghanistan between Friday and Sunday, and angry crowds were heard changing "Death to Karzai" and "Death to America." Afghan president Hamid Karzai has called on Congress to condemn the burning.

Jones has said he doesn't feel directly responsible for the riots.

"The actions of breaking in, setting on fire, and killing of at least 10 individuals so far is highly unacceptable for the government of the United States," Jones said.

The FBI says Hezbollah has a $2.4 million bounty on his head, reports the network.