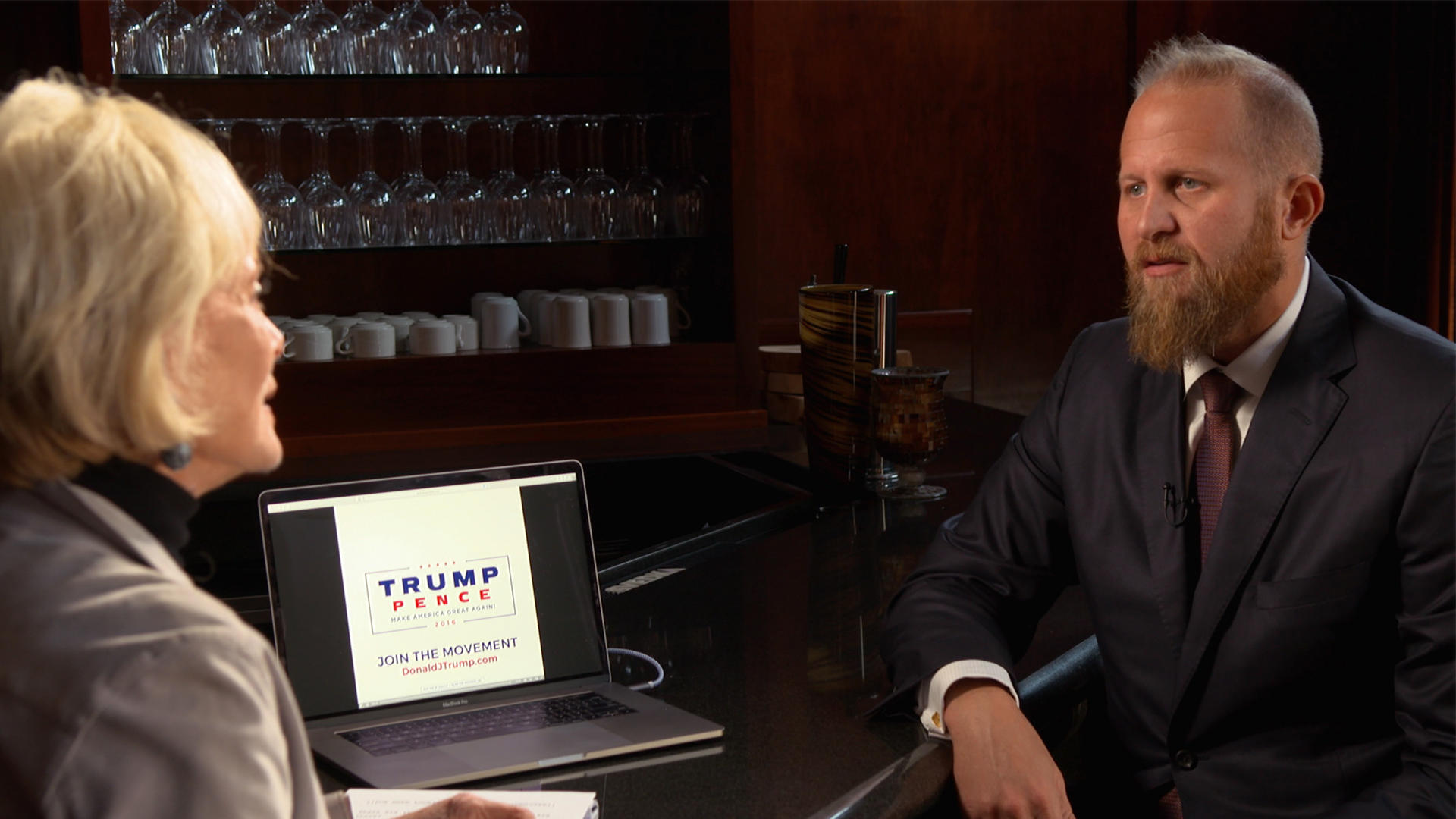 On 60 Minutes this week, Lesley Stahl interviewed a man few people have heard of-- Brad Parscale.

He was an influential player in the Trump campaign, working behind the scenes as a sort of secret weapon, reports Stahl. Parscale was hired to run the digital team but eventually came to oversee advertising, data collection, and much of the campaign's fund-raising.

Parscale told Stahl that in the weeks leading up to the election he saw evidence that Trump would win, and he became certain of victory the Wednesday before the election. Parscale says he took that message to his campaign's leadership, to Trump himself, and to television news organizations -- including CBS News.

What happened in those conversations is the subject of this week's 60 Minutes Overtime feature, posted in the video player above. The script is as follows:

LESLEY STAHL: Never worked on a campaign. All of a sudden, you're running almost everything. What happened here? You're like the secret sauce, the magic -- magic wand person?

LESLEY STAHL: You're Wizard of Oz behind the curtain.

BRAD PARSCALE: No-- that's a big statement but I do, I think I played a big role, yeah.

LESLEY STAHL: Our story's on a man named Brad Parscale, who was very high up in the Trump campaign organization. No one's heard of him, but he was a big decision maker and extremely influential in helping Trump win because he was online making the digital ads.

BRAD PARSCALE: Right in here, you can see the first three deplorable ones.

BRAD PARSCALE: Here you have different photos of different type of people saying they're deplorables.

LESLEY STAHL: So these were basically with Hillary looking quite ugly and mean—

BRAD PARSCALE: Yeah. We tested different of her face expressions.

BRAD PARSCALE: I think one of the best ones was the laughing one. You know, it was actually a really strong one we used as well, often.

LESLEY STAHL: The producer, Shachar Bar-On, had to convince him to do the interview.

LESLEY STAHL: At first he was reluctant and these are the things we often do to get someone from no to yes.

ANN SILVIO: Did you have a sense of why he did this interview with 60 Minutes?

LESLEY STAHL: I kinda had the impression that he was the unsung hero, in a way. And he wanted to have a little song done about him.

ANN SILVIO: So it's a little bit of a victory lap?

LESLEY STAHL: Exactly. It's a little bit of a victory lap.

LESLEY STAHL: When did you realize he was gonna win?

BRAD PARSCALE: When I really knew?

BRAD PARSCALE: The Wednesday before. I knew the Republican Party was outperforming anything in history.

LESLEY STAHL: Did they say you were crazy?

BRAD PARSCALE: It was stronger in Michigan. But I was, like, "We can go in and get this," and I changed all the budgets around.

STUDIO/LESLEY STAHL: He says that he was the one who decided to take resources away from Virginia, which he realized they were losing, and Ohio, they realized they had in the pocket, and put the money and the resources up into Michigan and Wisconsin-- which everybody thinks made the difference in the campaign.

BRAD PARSCALE: I took every nickel and dime I could out of anywhere else. And I moved it to Michigan and Wisconsin. And I started buying advertising, digital, TV.

LESLEY STAHL: But you began to make the decision, am I correct to send Trump in there?

LESLEY STAHL: You know something? I don't think the Trumps thought they were gonna win that night.

BRAD PARSCALE: But then you turn on CNN, and you turn on RealClearPolitics, and they're all, like, "He's gonna get creamed." And so why would you believe what--

LESLEY STAHL: And who was Brad Parscale?

BRAD PARSCALE: Exactly. But I actually went in, and I showed people, I showed multiple news stations. I said exactly how many points we're gonna win.

LESLEY STAHL: That's where I work.

BRAD PARSCALE: And I got made fun of.

LESLEY STAHL: You got made fun of at CBS?

STUDIO/LESLEY STAHL: Yeah, he told us that he came-- well, to all the networks, but specifically came here to CBS to explain why Donald Trump was gonna win. And he says people here basically laughed at him.

BRAD PARSCALE: They just thought I was a joke.

LESLEY STAHL: How do you-- to your face--

BRAD PARSCALE: They can tell -- in the attitude-- in the room. They had no idea who I was.

STUDIO/LESLEY STAHL: So some of the people in the room told us afterward that they did not take him as a joke. They took it very seriously. But they did cross-examine him, and challenged him.

BRAD PARSCALE: They tried to make me-- asked me questions that challenged me if I really understood data, digital. And I could just see that they just-- the eyes, and the piercing questions.

STUDIO/LESLEY STAHL: So they were skeptical. But they say they did not treat him as a joke.

LESLEY STAHL: So how do you feel about what you did?

BRAD PARSCALE: He thanked me after the election, told me I did a great job, can't ask for more. Well, and we had some-- tense moments during the campaign him and I, so.

LESLEY STAHL: Oh, tell me about that.

BRAD PARSCALE: I remember I was sittin' on my computer. And he goes-- what are you working on? So show him some ads, he spends about 20 minutes with me.

BRAD PARSCALE: So he looks at the TV, and he says, "That is what I believe wins a campaign."

BRAD PARSCALE: So he starts layin' into me about TV...and I don't believe in this mumbo-jumbo digital stuff.  And, you know, it's incoming. And I, all I can say is, you know, "It's gonna work. And Trump's just laying into me. I was crushed actually. It was the first time he had ever, just-- I hadn't even seen him yell at anyone, let alone me.

LESLEY STAHL: It took forever for Trump to buy it, to think it was a valid way to go about reaching people.

ANN SILVIO: But he came around.

LESLEY STAHL: Well, when he won, he came around.

The Great Pacific Garbage Patch isn't what you think