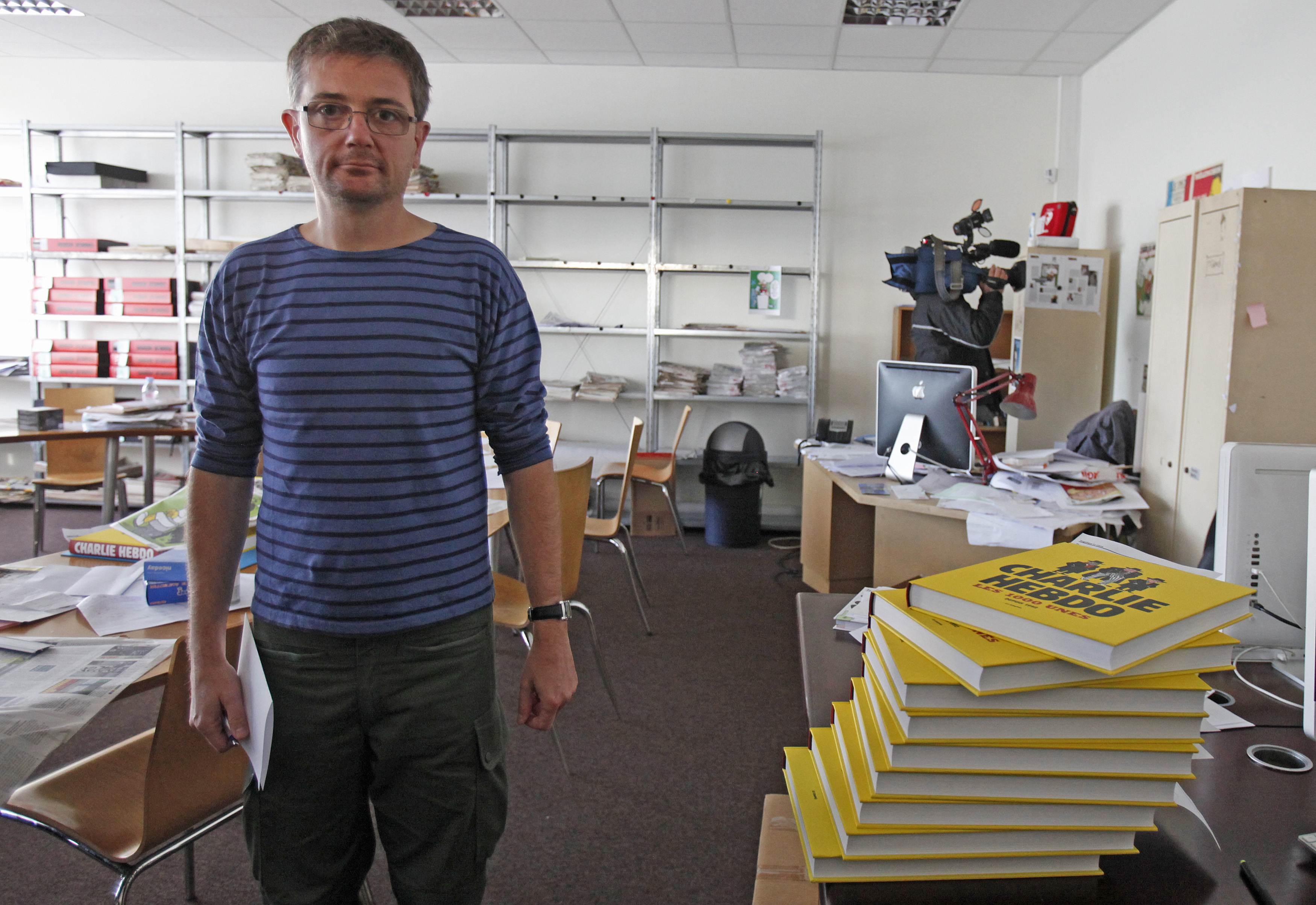 The 12 people killed in the terrorist attack on the satirical newspaper Charlie Hebdo included a prominent economist and some of France's leading cartoonists. A look at some of the victims:

Stephane Charbonnier, 47, known professionally as Charb, was chief editor of Charlie Hebdo, as well as one of its top cartoonists and a stout defender of its provocative approach.

He was in charge when the paper's offices were destroyed by a firebomb in 2011 after it had proposed inviting the Prophet Muhammad to be a guest editor.

Charbonnier defiantly held up a copy of the paper as he stood amid debris. In an interview with The Associated Press, he suggested the attackers "are themselves unbelievers ... idiots who betray their own religion."

In 2012, the paper again provoked controversy by publishing crude caricatures of Muhammad. Charbonnier, who by that time was under police protection, defended the cartoons.

"Muhammad isn't sacred to me," he said. "I don't blame Muslims for not laughing at our drawings. I live under French law. I don't live under Quranic law."

In an interview with Le Monde, one of France's leading newspapers, he professed to be unafraid.

"I don't have kids, no wife, no car, no credit," he told Le Monde. "Maybe it's a little pompous to say, but I'd rather die standing than live on my knees."

One cartoon, released in this week's issue and entitled "Still No Attacks in France," had a caricature of a jihadi fighter saying "Just wait - we have until the end of January to present our New Year's wishes." Charb was the artist:

Bernard Maris, 68, gained prominence as both an economist and a journalist.

He wrote a weekly column in Charlie Hebdo called "Uncle Bernard," was a regular commentator on economics for the France Inter radio network, and taught economics at a branch of the University of Paris.

He also was a member of the General Council of the Bank of France.

"Bernard Maris was a man of heart, of culture and of great tolerance," the bank's president, Christian Noyer said in a statement. "We will miss him very much."

Jean Cabut, 76, widely known as Cabu, established himself as one of France's best-known cartoonists over a career that spanned 60 years.

He served in the French military during the Algerian war for independence in the late 1950s, and later drew cartoons for several publications. Among them was Hara-Kiri, a satirical magazine that emerged in the '60s and was considered a forerunner of Charlie Hebdo.

One of Cabut's recurring characters was the Grande Duduche, a skinny, blond schoolboy bearing some resemblance to Cabut himself.

Georges Wolinski, 80, was another of Charlie Hebdo's veteran cartoonists. His works had appeared in Hara-Kiri, Paris Match and numerous other publications.

He was born in Tunisia and moved to France as a schoolboy. By age 26, he was working for Hara-Kiri.

He was awarded the Legion of Honor, France's highest decoration, in 2005.

Wolinski's daughter, Elsa, posted a photo on Instagram of her father's empty desk. The caption translates to: "Dad is gone"

Cartoonist Bernard Verlhac, who drew under the name Tignous, was born in Paris in 1957 and published his first works in 1980.

He was a member of a group of artists called Cartoonists for Peace and also belonged to the Press Judiciare, an association of French journalists covering the courts. He sent his last drawing - a self-portrait wishing Happy New Year - to the association the night before his death. It was posted on the group's website Wednesday.