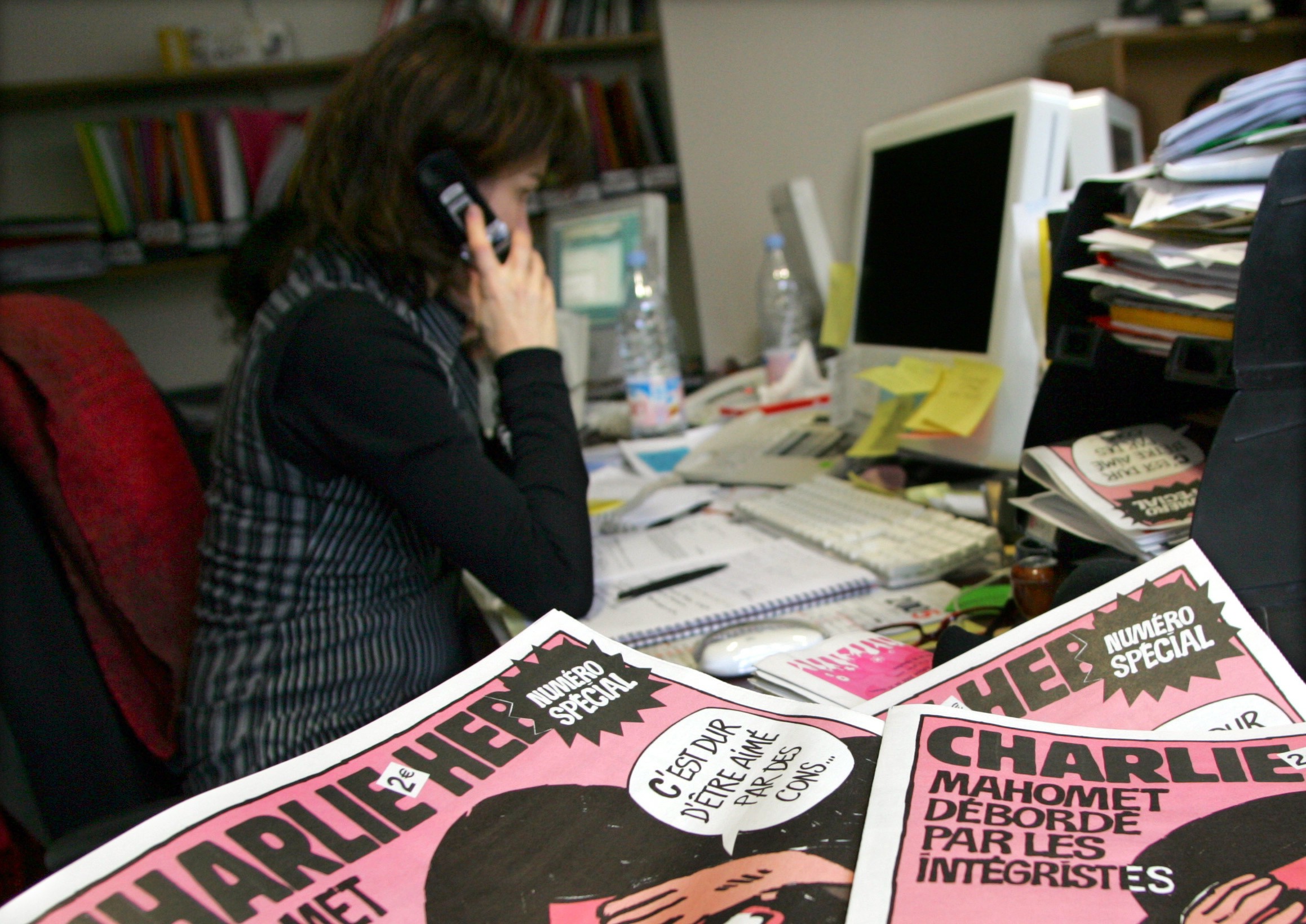 PARIS -- The French newspaper Charlie Hebdo's staple is to be provocative - poking fun at popes, presidents as well as the Prophet Muhammad.

The satirical weekly attacked Wednesday by gunmen, killing at least 12, has a history of drawing outrage across the Muslim world with crude cartoons of Islam's holiest figure. The magazine's offices were firebombed in November 2011 after it published a spoof issue that "invited" Muhammad to be its guest editor and put his caricature on the cover.

A year later, the magazine published more Muhammad drawings amid an uproar over an anti-Muslim film. The cartoons depicted Muhammad naked and in demeaning or pornographic poses. As passions raged, the French government defended free speech even as it rebuked Charlie Hebdo for fanning tensions.

The small-circulation weekly leans toward the left and takes pride in making acerbic commentary on world affairs through cartoons and spoof reports.

"We treat the news like journalists. Some use cameras, some use computers. For us, it's a paper and pencil," the Muhammad cartoonist, who goes by the name Luz, told The Associated Press in 2012. "A pencil is not a weapon. It's just a means of expression."

Chief editor Stephane Charbonnier, among the journalists killed Wednesday, also defended the Muhammad cartoons speaking to The AP in 2012.

"Muhammad isn't sacred to me," said Charbonnier, who used the pen name Charb. "I don't blame Muslims for not laughing at our drawings. I live under French law. I don't live under Quranic law."

Islam is not alone in being singled out by Charlie Hebdo's satire. Past covers include retired Pope Benedict XVI in amorous embrace with a Vatican guard; former French President Nicolas Sarkozy looking like a sick vampire; and an Orthodox Jew kissing a Nazi soldier.

Charlie Hebdo has come under pressure ever since its 2011 Muhammad issue. Its website has been hacked, and Charbonnier has needed police protection. Riot police guarded the magazine's offices after the 2012 issue hit the stands.

One of Charb's last cartoons, published in this week's issue, seemed an eerie premonition.

"Still no attacks in France," an extremist fighter says. "Wait - we have until the end of January to present our New Year's wishes."

The last tweet on Charlie Hebdo's account came less than an hour before the shooting. It was a picture depicting Abu Bakr al-Baghdadi, the leader of the Islamic State of Iraq and Syria (ISIS), with a message sardonically wishing him, "Best wishes."