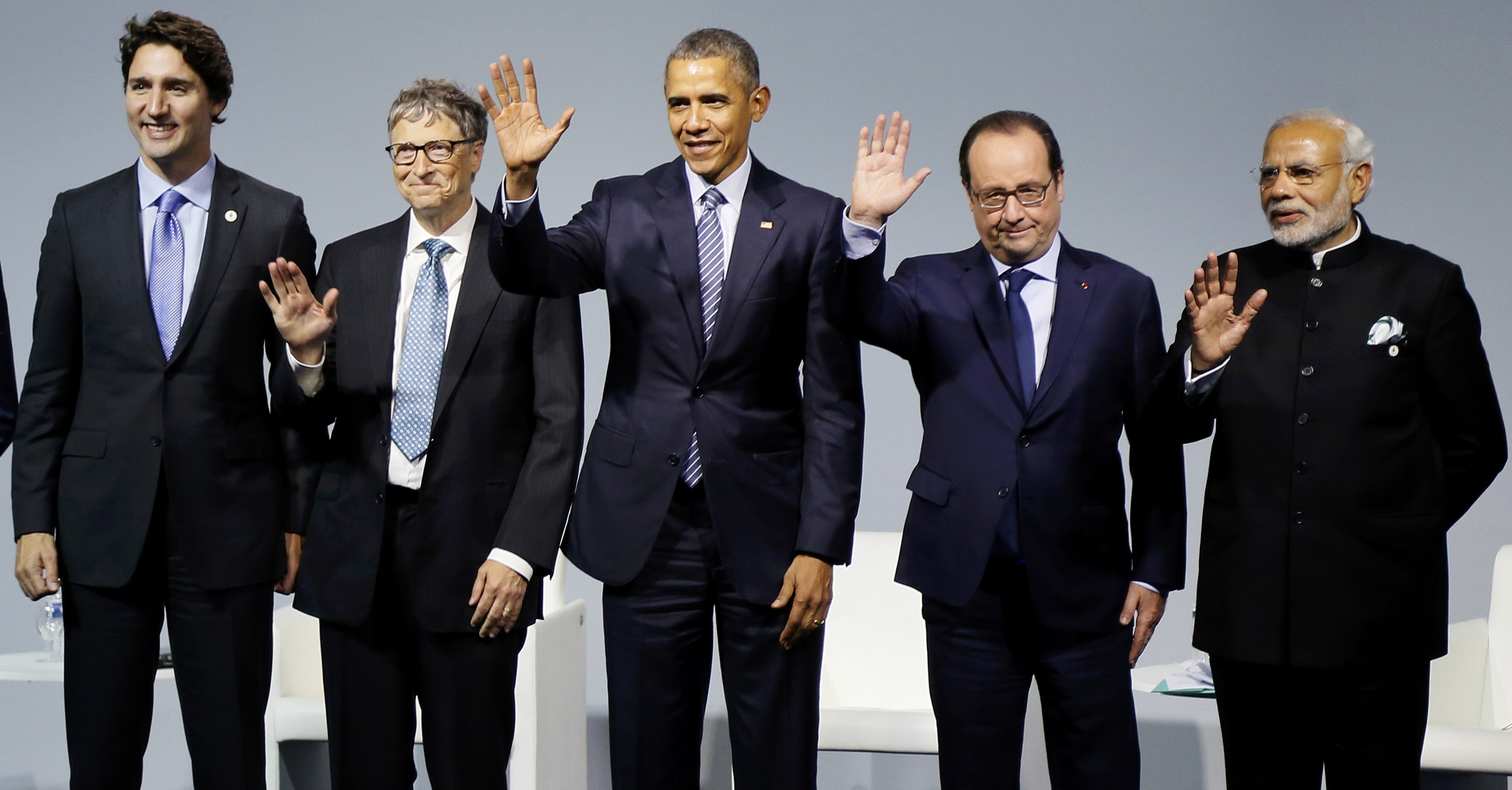 The more than 190 countries that have gathered in France for worldwide climate talks did much of their work in advance. Before the summit, at least 181 nations had already announced their plans to lower their carbon emissions in order to help slow the pace of global warming.

That means the real work will come after the meeting is over, when all of the world leaders have gone home. And one of the leaders facing the toughest road ahead is President Obama.

"The climate accord is essentially a done deal," Jeff Nesbit, the former director of legislative affairs for the National Science Foundation wrote in a U.S. News and World Report story. "There will be no urgent race to the finish line to increase the ambitions of countries. Those ambitions have been set. There will be a race to determine what we will do after Paris, and that's what matters."

The challenges for the world leaders gathered in Paris are not small. One, Nesbit wrote, is whether Western, developed countries take responsibility for raising money to help developing countries combat global warming.

Another is whether that financing can spur the development of an economy reliant on new low-carbon technologies.

President Obama is certainly aware of the challenges. At the opening session of the conference Monday, he said, "I've come here personally, as the leader of the world's largest economy and the second-largest emitter, to say that the United States of America not only recognizes our role in creating this problem, we embrace our responsibility to do something about it."

Much of what he plans to do is summed up in his administration's Clean Power Plan, which sets a goal for the U.S. to cut carbon emissions 26 to 28 percent by 2025. Unveiled in August, the plan would require existing power plants to reduce emissions by 32 percent from 2005 levels by 2030.

"That's where that starts, the rubber hits the road, and things start to happen in terms of investment" in renewable energy, Amy Grace, an analyst at Bloomberg New Energy Finance, told CBS News.

The plan will first have to survive challenges from both Congress and the courts. When the president said that "we embrace our responsibility to do something," he wasn't exactly talking about everyone in the U.S. The Republican-led Congress is far from embracing his initiatives to limit carbon emissions and spur investment in renewable energy. GOP lawmakers are, in fact, doing what they can to stop Mr. Obama.

House Majority Leader Kevin McCarthy, R-California, said the House will pass two resolutions disapproving of the new energy regulations. The disapproval resolutions have already been passed by the Senate.

"They will be sent straight to the President's desk, making it clear to the Administration and the world that President Obama doesn't have support at home to continue on his economically harmful agenda," McCarthy said in a statement.

But a CBS News/New York Times poll released Monday found the opposite -- that 66 percent of Americans think the U.S. should join an international treaty requiring nations to reduce carbon emissions in an effort to fight global warming. Nearly nine in 10 Democrats (86 percent) and two-thirds of independents support such a move, while a slight majority of Republicans (52 percent) oppose it.

Further, 63 percent of Americans favor limiting the carbon emissions from U.S. power plants, including 44 percent who strongly favor such a move.

Helping poorer countries combat climate change has also been a concern for nations attending the Paris summit. Some GOP lawmakers oppose giving U.S. dollars to the U.N. Green Climate Fund for these countries in need of help in adopting renewable technologies. Republicans may seek to block Mr. Obama from giving any of the $3 billion the U.S. has pledged for the fund in the next spending bill, which they must pass by Dec. 11.

The bigger challenge to the Clean Power Plan: Half of states are suing to block the rules from taking effect, arguing the administration has overstepped its authority. The first hearing on the lawsuit - whether to stay the regulation while the court battle takes place - is not scheduled until after the Paris talks have concluded.

And should a Republican wins the 2016 presidential election, the entire plan could be rolled back. While many of the GOP candidates say they believe global warming is real, they are not sure whether humans have contributed to it. Nearly all of the Republican presidential candidates object to taking major action to slow carbon emissions because they are concerned that the economy could be adversely affected.

If the U.S. abandons the Clean Power Plan, that could mean trouble for any agreement reached at the Paris summit, Frank Incropera, a professor emeritus of engineering at Notre Dame, told CBS News.

It was an agreement to limit carbon emissions between the U.S. and China in November 2014 that spurred other countries to make their own commitments. The two powers combined are responsible for more than 40 percent of the world's carbon emissions.

Incropera argued that the Clean Power Plan will accelerate investments in carbon-free power production technologies like wind and solar, and attract more investment, research, and development into those sectors.

Grace, the renewable energy analyst, said that the Paris summit is more important for setting the direction of individual countries' legislation and for momentum.

"The transition to a renewable energy economy is going to happen simply on the basis of cost" in the long run, she said, because the technologies have become cheaper. The Clean Power Plan and other incentives like the renewable energy production tax credit make far more of a difference in short-term investment and renewables.

The tax credit has some bipartisan support, but faces some Republican opposition in the House because of its cost and must be renewed at the end of the year.

"Your high-level targets that you hope to agree to in Paris are meaningless for renewable energy investment unless they translate into some sort of domestic legislation that provides investment for renewables," Grace said.