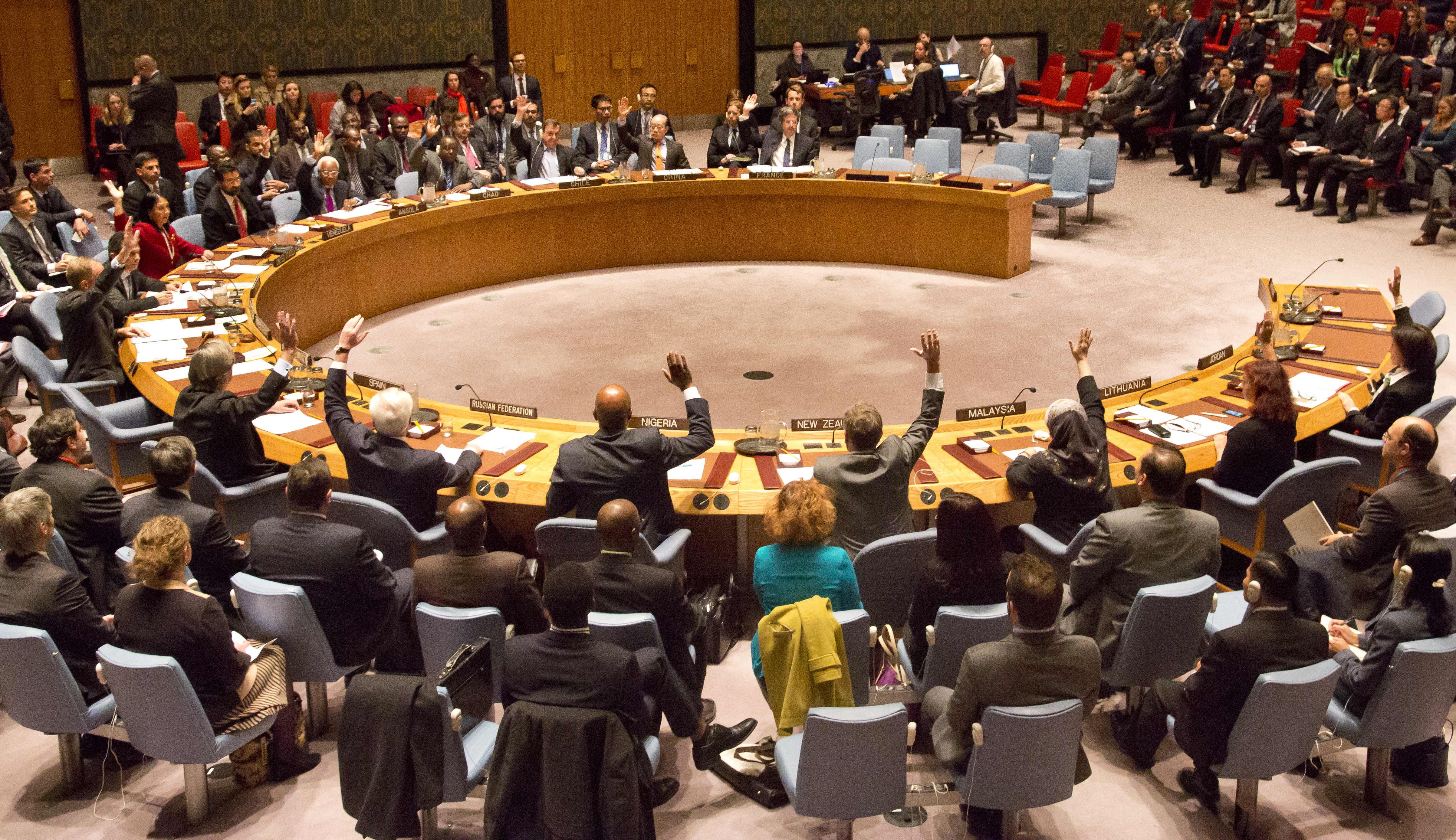 UNITED NATIONS -- The United Nations Security Council unanimously passed a France-sponsored resolution Friday sending a unified message from the world powers to the international community "to redouble and coordinate" programs to suppress terrorist acts by "all necessary measures."

The resolution singles out the territory under the control of the Islamic State or Iraq and Syria, known as ISIS, ISIL and Da'esh, in Syria and Iraq, but also points to al Qaeda and other terrorist groups, including the Al-Nusrah Front, while it condemns the "horrifying terrorist attacks" in Tunisia, Turkey, Lebanon, France and over Sinai. The text condemns hostage taking and killing as well as terror attacks, calling them "a threat to peace and security."

France's U.N. Ambassador Francois Delattre, the sponsor of the resolution, told the Council, "Based on this historic resolution of the Security Council, France shall continue and scale up its efforts so as to galvanize the international community as a whole, to vanquish our shared enemy."

Russia had circulated its own draft resolution on fighting terror, two months ago, before the terrorist attacks in Paris that urged nations to coordinate anti-terror activities with the Syrian government of President Bashar Assad. Syria's Ambassador to the U.N., Bashar al-Jaafari, said, "We welcome everybody who finally woke up to join the fight against terrorism."

The resolution approved by the Council also includes an effort to slow the flow of financing to the well-endowed ISIS, which has reaped the benefits of the takeover and sale of oil and antiquities in Iraq and Syria. The text urges nations "to intensify their efforts to stem the flow of foreign terrorist fighters to Iraq and Syria and to prevent and suppress the financing of terrorism."

As President of the Security Council and British U.N. Ambassador Matthew Rycroft said, "We stand in solidarity with the people of France," and added, "We are proud to act with clarity of purpose."

Calling for this united "all necessary measures" action while reaffirming "its respect for the sovereignty, territorial integrity, independence and unity" of all states, the resolution deals with the thorny issue that some world powers have confronted when they send soldiers into or conduct air strikes over Syria.

Russia has the consent of the government of Syria, for example, mainly because it has also conducted military action that supports its long time ally. U.K. Prime Minister David Cameron has said that the U.N. Charter allows states to defend themselves, and several diplomats expressed their view that this resolution supports a united effort based on the U.N. Charter.

Although the sponsor of the resolution spoke of unity, Russia's U.N. Ambassador Vitaly Churkin has been clear that Russia intends to pursue another resolution. Churkin said that efforts to block the Russian draft were "shortsighted."

"On the one hand, you can't combat terrorists, and with the other, essentially play into their hands by trying to attain your own aims," Churkin said. He added, "Active work on the approval of our draft is something we intend to do with a view of swift adoption."

Despite differences, after the vote Churkin said, "We condemn unequivocally all terrorist attacks; we stand ready for broad cooperation to these ends." Delattre said the resolution provides "legal and political framework" to combat terror and praised Russian cooperation on the passage of the resolution.

"ISIL's brutality knows no bounds," Rycroft said, speaking as the Council President, "This resolution is a call to action."