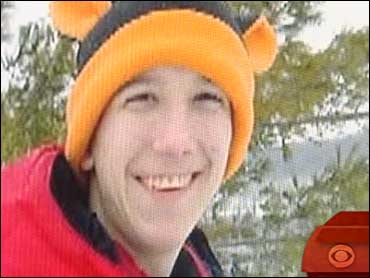 It's heartbreaking for any parent to learn that their child is being bullied at school. But for one family in Ohio, the taunting turned tragic when their 17-year-old son committed suicide. Now the parents are suing the school, claiming it is responsible for his death.

Eric Mohat hid from his family and friends that he was constantly being tormented by bullies. His parents, Jan and Bill Mohat, believe it was a single comment in math class in March of 2007 that finally prompted Eric to take his life.

"Eric was told by a bully - one of the bullies - 'Eric, why don't you go home and shoot yourself? It's not like anybody would care,'" Jan told Early Show co-anchor Maggie Rodriguez.

The Mohats' lawsuit against the Mentor, Ohio, school district claims that teachers and school officials were aware of the situation but did not take action. Jan told Rodriguez that other students in that same math class said that the teacher had to move the bully's seat two to three times a week, and that while the teacher threatened the bully with detention, nothing was ever reported.

In a statement to CBS News the school district said that after conducting its own investigation they "found no evidence to support the family's claims that we ignored a bullying problem." They added that they have anti-bullying programs in place that were in place when Eric was there.

But Bill Mohat, Eric's father, said that the program the school uses is ineffective.

"The school has adopted the Olweus anti-bullying program from Norway," he said. "What they haven't told the residents of Mentor is there have been many, many studies about the effectiveness of that program … and the vast majority of them indicate that the program is utterly ineffective in American schools."

Ken Myers, the family's attorney, adds that other student suicides in recent years, including two the same year as Eric, confirm the school's program doesn't work.

"Certainly, if one child commits suicide, maybe there's not a problem," Myers said. "But two, three, four, five -- in fact, we just learned the other day of a young lady who had committed suicide and her parents went to the school and invoked Eric's name at the school, said 'We don't want another Eric Mohat.'"

Jan said that her son was a "very gentle soul," and that she is doing this for him.