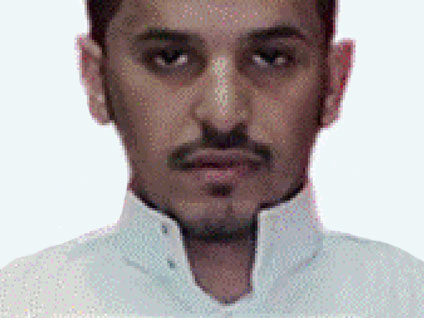 You've seen them jostling for that great shot at the Oscars or anywhere else there's a red carpet: that fearsome phalanx of photographers known as "paparazzi."

As Correspondent Rita Braver explains on CBS News Sunday Morning, the term "paparazzi" comes from the film "La Dolce Vita," in which one of the pack is actually named "Paparazzo."

But increasingly, rather than ply their trade at staged events, they are on the hunt for shots of celebrities in unscripted moments.

"It's always good to start early to sort of see who's there or what sort of situation you have in front of the house," observes Mark Rylewski, a well-known paparazzo.

Ironically, Rylewski, along with many other paparazzi contacted by CBS News doesn't want his own face on camera. He points out he doesn't "want regular people to recognize me in the street because my cover would be blown."

Rylewski tries to stay out of sight, as he did when he tailed actor Toby McGuire's car.

Rylewski recalls, "He went to a restaurant and I saw a girl there. I thought to myself, 'Is that... No, that's not her.' Then I am like, I just did my job, which is to position yourself right to get the shot."

The "girl" was actress Nicole Kidman, one of the hottest celebrities in the world. Ryleweki says he made $87,000 for his picture of the couple.Ten years ago, actor Alec Baldwin struck out at a paparazzo who was trying to sneak shots of him and then-wife Kim Basinger and their new daughter.

"I thought he was going to slug me with the camera," recalls Baldwin. "He freaked out my wife."

Baldwin was acquitted of battery charges, but ultimately had to pay $4,500 in damages.

Ron Gallella is one of most famous paparazzi of all, best known for his hounding of Jacqueline Kennedy Onassis, who finally won an injunction forbidding him to get near her or her children.

"I like to take them off their pedestals and capture them as human beings," remarks Gallella.

Ken Sunshine, a public relations consultant for celebrities like Leonardo Di Caprio and Ben Affleck, calls the photographers who chase his clients "stalkerazzi," and dismisses arguments that stars really like being pursued.

Brad Pitt even made a Super bowl ad for Heineken featuring paparazzi pursuing him.

Sunshine says, "It's really no laughing matter. Stalkerazzis are committing actions that any normal human being would find objectionable, and I think they're going to get somebody seriously injured or killed."

Some examples of paparazzi crossing the line include the chase of Princess Diana and Dodi Al Fayed, on which their deaths were partly blamed; the forcing off the road of Calif. Gov. Arnold Schwarzenegger and his wife, Maria Shriver near their home a few years back; and the alleged bugging of Kidman's home.

Bonnie Fuller is editorial director of American Media, which owns Star Magazine as well as the National Enquirer and the Globe, both newspaper tabloids. She pioneered the type of celebrity reporting that focuses on unguarded moments, like the ones shown in cover shots of singers Jessica Simpson and Nick Lache. And she makes no apologies about any of it.

Says Sunshine: "The goal is to get the most embarrassing photo, or the most dramatic photo, which will be worth that much more money. This all has to do with money."

Celebrities are beginning to suggest it's time for legislation to restrict when and where paparazzi can work.

"I think anything like that would ultimately damage us as a free society. You're being paid to be a personality, to be a public figure. It's all part of your job. If you don't like that, you can choose a different career," asserts Bonnie Fuller.

On the other hand, even Rylewski has reservations about how he makes his living.

"I feel a little like a sleaze ball," he admits, "but then again, you know, life is hard, and if it wasn't for that job that I know how to make money doing, I would be, you know, flipping hamburgers or doing something else."