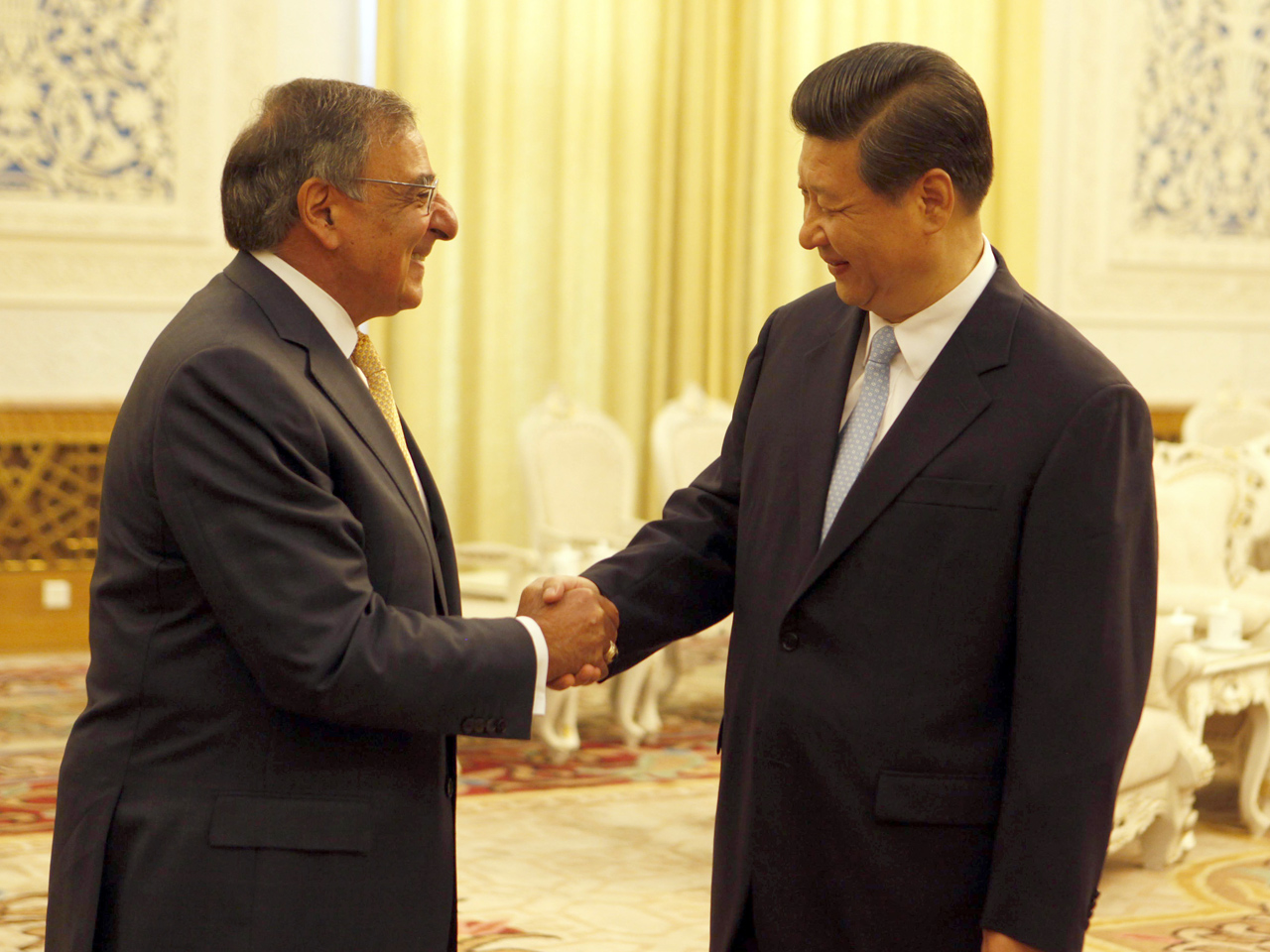 The meeting was part of Panetta's weeklong trip through the Asia Pacific, in a campaign to pursue the U.S. military's increased focus on the region.

Xi stood to greet the American delegation in a lavish room in the Great Hall of the People and energetically shook Panetta's hand. Once seated, he said Panetta's visit "will be very helpful in further advancing the state-to-state and military-to-military relations between our two countries."

Panetta told Xi that the two Pacific powers have common concerns and that he is confident they will be able to improve their dialogue.

The U.S. and China have long had a tumultuous relationship, fueled by America's distrust of Beijing's military buildup and China's concerns about the expanded U.S. military presence.

In repeated statements this week, Panetta has stressed that the new focus on Asia is not aimed at China. But the U.S. has had persistent concerns about China's growing economic and trade dominance in the region.

Panetta's visit, however, comes as violent protests raged around the country, over a territorial dispute between China and Japan. Chinese officials say they want the U.S. to remain neutral in the matter. But protesters slammed America, charging that the increased U.S. activity in the region has emboldened Japan and other countries to challenge China in such disputes.

Coming against that backdrop, Panetta's meeting with Xi carried even greater significance, giving him a larger stage on which to lay out the United States' intentions in the region.

But the session was also notable because the Chinese leader recently reappeared after having not been seen since Sept. 1.

He had canceled meetings with dignitaries including Secretary of State Hillary Rodham Clinton.