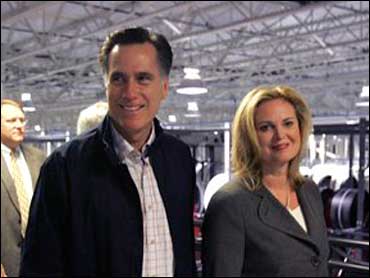 Mitt Romney's role in overseeing passage of a universal health care plan in Massachusetts appears likely to cause headaches for the former Republican governor should he make his widely-expected run for the White House in 2012.

Abortion has emerged as a crucial fault line in the health care debate, with some moderate House Democrats, led by Rep. Bart Stupak of Michigan, refusing to sign onto a bill they believe could allow taxpayer money to fund abortion coverage. (The Senate plan that Stupak is rejecting allows subsidized plans to cover abortion but stipulates that taxpayer money cannot pay for that coverage. Those who want abortion coverage would have to write a separate check to pay for it.)

Republicans have harshly criticized the Senate plan for its abortion language.

"If Dems Have Their Way, American Taxpayers Will Be Forced to Fund Abortions," an e-mail from House Republican Leader John Boehner proclaimed last week. In an op-ed, Boehner wrote that "health care reform should be an opportunity to protect human life - not end it - and the American people agree."

All this appears to leaves Romney on the wrong side of the issue -- and, according to Yglesias, "should be enough to sink Romney's 2012 bid." On Fox News on Sunday, Romney defended the Massachusetts health care plan, drawing distinctions between his plan and President Obama's despite their many similarities, including offering subsidies to help low-income people pay for coverage, mandates for individuals and employers and rules against denying coverage to people with pre-existing conditions.

As Huffington Post's Sam Stein reports, when Fox News' Chris Wallace pointed to those similarities, Romney stressed the differences between the two plans, noting, for one, that the Massachusetts model doesn't control insurance premiums. He also said health care reform should be left to the states, not the federal government. (As Wallace noted, Massachusetts took federal funding to implement its plan.)

Romney also said this of the Massachusetts model: "I think our plan is working well. And perhaps the best thing I can say about it, it's saving lives. It is the ultimate pro-life effort."

In July, the conservative Wall Street journal editorial page lamented "The Massachusetts Health Mess" and wrote that the Massachusetts plan "closely resembles what Democrats are trying to do in Washington."

Update: White House senior adviser David Axelrod has called the Massachusetts plan "the template for what we're trying to do here."

"Court rulings in Massachusetts require state-subsidized health plans to offer abortion services," he said. "It's not something that Governor Romney agrees with, but it's longstanding court precedent that predates his administration."