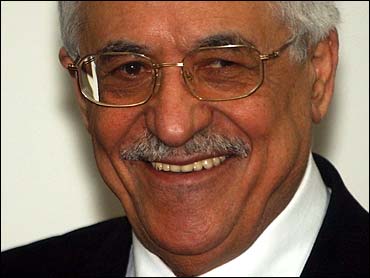 Abbas was taken to a hospital in Amman, Jordan Wednesday complaining of fatigue, where he underwent angioplasty, said Tayeb Abdel Rahim, a top Abbas aide.

He said the procedure was successful and 69-year-old leader was expected back in the West Bank on Thursday as planned.

Since succeeding the late Yasser Arafat in January, Abbas has appeared in good health and has not canceled or postponed meetings.

Over the past month he as made two long trips abroad, including stops in Asia, Russia and the Arab world — his first lengthy journeys since assuming office.

News of his illness came just hours after Palestinian and Israeli officials agreed to set up a meeting between him and Israeli Prime Minister Ariel Sharon on June 21. It would be their first encounter since Feb. 8, when they met in Egypt and declared a cease-fire that has significantly reduced Palestinian-Israeli violence after more than four years of bloodshed.

Palestinian officials in the West Bank and Gaza would give no further details of Abbas' condition beyond saying he had undergone angioplasty, the procedure was successful, and he would return to his headquarters in the West Bank city of Ramallah at midday Thursday on schedule.

Angioplasty is a common procedure in which a tiny balloon is threaded through the body into the heart and then inflated in a partially clogged coronary artery, flattening the plaque along the artery walls and restoring circulation. It is often combined with stenting, in which tiny mesh tubes are threaded into arteries to keep the blood flowing smoothly.

Bypass procedures are open-heart surgery, and while they are considered routine in modern medicine, the procedure is major surgery and requires weeks of recuperation.