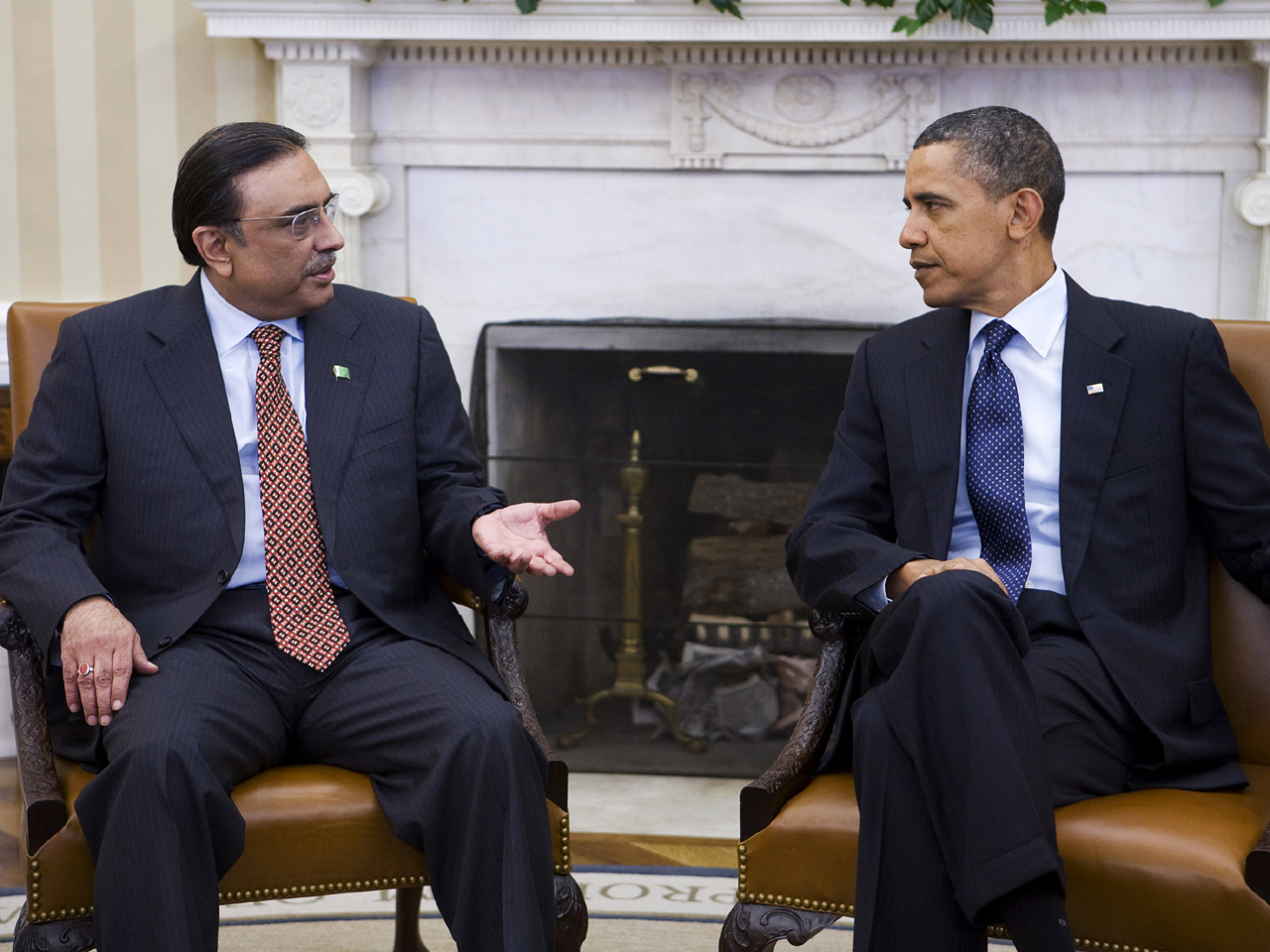 WASHINGTON - Within hours of the stunning announcement that Osama bin Laden had been killed by U.S. commandos, a lobbying firm representing Pakistan's government began contacting members of Congress and their staffs to counter claims Islamabad protected the al Qaeda chief for nearly six years.

The push by Locke Lord Strategies to turn the tide against criticism of Pakistan — and preserve the country's billions of dollars in U.S. aid — illustrates one of Washington's enduring realities: No matter the issue or the crisis, lobbyists are working behind the scenes to shape opinions on Capitol Hill.

At stake is the continued flow of U.S. economic aid and military support to Pakistan, America's iffy partner in the fight against terrorism and religious extremism. Congress is not expected to shut off the nearly $3 billion in assistance planned for 2012. Despite deep misgivings, the U.S. does not want to allow Pakistan to become unstable and risk having its nuclear arsenal fall into the hands of Islamic radicals.

Congress may cut $1.3B in Pakistan aid

But bin Laden's nearly six-year stay at a compound in a military garrison town outside Pakistan's capital has left Locke Lord's lobbying team with plenty of explaining to do.

The relationship between the two countries was badly strained even before a team of Navy SEALs stormed bin Laden's home Monday, local time. His body was buried at sea just hours later. Republicans and Democrats are angry that bin Laden found a safe harbor in Pakistan and want a painstaking review of how the money that goes there is spent.

Since 2002, Pakistan has received more than $20 billion from the U.S., making the country one of the largest U.S. aid recipients, according to the Congressional Research Service. Nearly $9 billion of that has been in the form of reimbursements for Pakistan's costs to support the U.S.-led military campaign in Afghanistan.

Mark Siegel, a Locke Lord partner, would not identify which congressional offices he and the other five lobbyists working the Pakistan account are calling and visiting. Records filed with Congress and the Justice Department show Locke Lord has represented Pakistan since May 2008 and has been paid just over $2.7 million. Pakistan is the firm's biggest client.

Siegel is a former assistant to the president in the Carter White House and was chief of staff to Rep. Steve Israel, D-N.Y., from 2001 to 2004. Other Locke Lord lobbyists working the Pakistan account also have congressional experience. Phil Rivers is a former chief of staff to Sen. Richard Shelby, R-Ala., a Senate Appropriations Committee member. Brian Heindl was a top aide to Sen. Herb Kohl, D-Wis., also a member of the Senate Appropriations Committee.

In an interview, Siegel said there is no evidence that President Asif Ali Zardari's civilian government knew of bin Laden's whereabouts. Cutting aid and military support to Pakistan would only weaken the relationship between Washington and Islamabad, leaving Pakistan less able to combat terrorism, he said.

Siegel acknowledged there were "security lapses" within Pakistan's military and intelligence service that allowed bin Laden to go undetected for so long in the town of Abbottabad, just a few dozen miles from Islamabad.

Those failures are being investigated at "the very, very highest level" of Zardari's government, Siegel said. "Hopefully, if there were procedural gaps, errors of judgment, errors of process, that's going to be taken care of in these investigations."

President Obama's national security adviser, Tom Donilon, said bin Laden had a support network in Abbottabad. But the U.S. has not seen evidence that the Zardari government knew about that, he said.

Donilon, echoing comments by other administration officials, said the Pakistanis need to demonstrate persuasively their commitment to cooperating with the U.S. "We need to work with them to investigate what's happened, and how Osama bin Laden came to this place as his home for the last — for the last six years," Donilon told CNN's "State of the Union."

Skeptical lawmakers in key posts will have to be convinced as well.

"My opposition to the program has only been heightened by the discovery of the most notorious terrorist in the world living hundreds of yards from a Pakistani military installation for more than five years," Granger wrote in a letter to Secretary of State Hillary Rodham Clinton. "This reinforces my greater concern that the government may be incapable of distributing U.S. funds in a transparent manner that allows proper oversight of taxpayer dollars."

Granger's spokesman, Matt Leffingwell, said Locke Lord representatives have not met with the congresswoman or her staff.

Rep. Howard Berman of California, the senior Democrat on the House Foreign Affairs Committee, said in a letter to Clinton and Defense Secretary Robert Gates that he has "deep and ongoing concerns regarding the impact of U.S. security assistance to Pakistan — concerns that have been exacerbated by the discovery of Osama bin Laden's lair in Abbottabad."

Berman's spokeswoman, Gabby Adler, said it "is our policy to not discuss the private meetings Mr. Berman and members of our staff take."

Pakistan has supporters, however. Sen. John Kerry, D-Mass., chairman of the Senate Foreign Relations Committee, underscored the complexity of the relationship during a committee hearing. More senior al Qaeda operatives have been caught or killed in Pakistan than in any other country, Kerry said, and keeping thousands of U.S. troops in Afghanistan "depends on an enormous supply train that requires the daily cooperation of the Pakistani state."

But Kerry also expressed the views of many in Washington seeking answers, saying: "What did Pakistani's military and intelligence services know and when did they know it? Who did they think was living behind those 15-foot walls?"

Frederick Jones, Kerry's spokesman, said a member of the committee staff met Thursday with a Locke Lord representative, but said the meeting had no bearing on Kerry's statements.