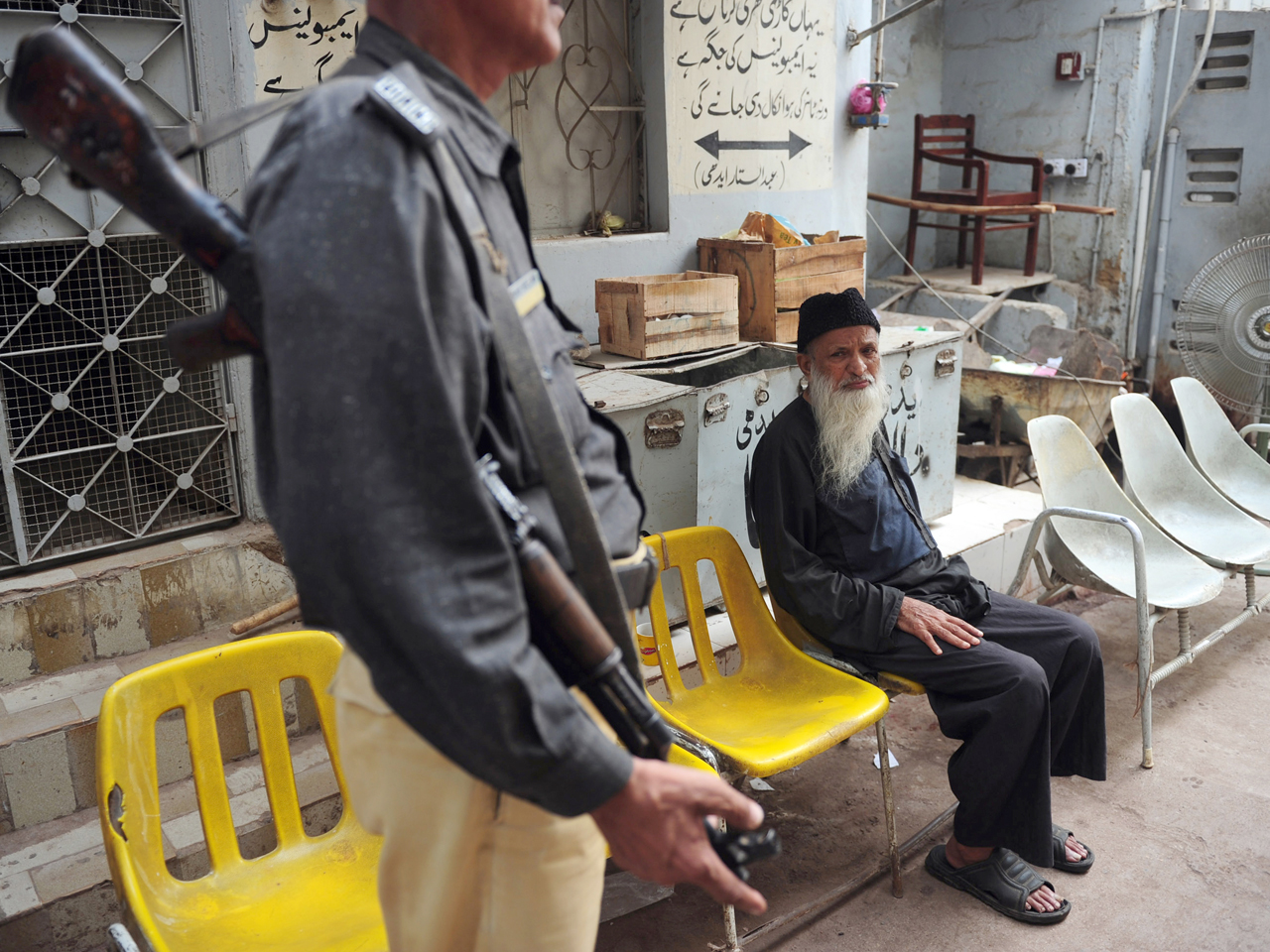 KARACHI, Pakistan In November, armed men from the Pakistani Taliban showed up in front of Ali Hussain's factory, asking for money in exchange for protection.

"Just tell them to go to another factory," he said to his chief security guard, whom called him on his office phone, as he watched the scene unfold on a security monitor.

Two of them raised their AK-47s toward the tiny camera outside the gate. "You pay us, we protect you. You decide not to give us the money, we'll kill your only son."

It's a scene playing out with ever-greater frequency in some parts of Karachi, Pakistan's wayward northern port city, as the Taliban embraces mafia-style tactics to help line its pockets.

When four days later, more armed men showed up, Hussain had no other choice but to pay. Before he could hand over the check, he heard the sound of indiscriminate gunfire.

Hussain's 33-year-old son, the factory's production manager, was shot. A bullet pierced through his side, ripping apart his spleen and part of his pancreas.

In 2012 alone, police said at least 115 different establishments in Karachi have been victims of what locals now dub the "terror tax." Many more such incidents may not have been reported to authorities. While other mafia groups are also guilty of such shakedowns in Karachi, the police said the Taliban is one of the worst offenders.

The Pakistani Taliban, also known as Tehrik-i-Taliban, or TTP, is an umbrella group of Islamic militants originating from Pakistan's northern tribal region. The Pakistani Taliban is not related to the Taliban in Afghanistan, which has a vastly different history and identity.

Just three years ago, it was the Awami National Party (ANP) -- a left-wing, secular group affiliated with Pakistan's large Pashtun population -- that controlled the area of Karachi where Hussain's factory operates. Though ANP-linked men frequently asked small business owners for "protection money," many businesses were left alone because they already supported the party financially or politically.

These days the Taliban has mostly driven out the ANP. The party's graffiti and flags, which once plastered neighborhoods here, are gone. Inside mosques, flyers now let worshippers know who is in charge. The flyers instruct businesses in need of protection that the Taliban is available and a satellite phone number is listed.

The Taliban has taken hold of parts of Karachi with disturbing ease, taking advantage of endemic poverty, a corrupt municipal government and a growing immigrant population. Some supporters of the Taliban said the group's presence has rid the area of immoral activities like drugs and prostitution, making them more popular.

Security analysts worry that -- with the Taliban's growing presence in Karachi -- Pakistan's stores of nuclear weapons and other arms could fall into the wrong hands. Militants attacked a key Karachi naval base in August 2012 that some suspect houses part of Pakistan's nuclear arsenal.

Bashir Jan, an ANP official in Karachi, said when the Taliban first began operating in the area, the group had little choice but to withdraw.

"At first, we didn't do anything," he said. "But then, when our activists were found dead, we began listening."

With free run of the streets, the Taliban is now cleaning up on its protection rackets.

Akram Mahmoud, a shop owner in northwestern Karachi, said he pays the Taliban about $30 every month. The sum is an entire year's worth of tuition for his son, who is in elementary school.

Although many businesses report extortion to the Karachi police, rarely do they respond. One Karachi police officer, speaking on the condition of anonymity, said police are hesitant to even enter large parts of northern Karachi.

"If someone is stupid enough to report a crime, the Karachi police simply file a report. Too many security personnel have already died just for walking into these streets," he said.

City officials and political activists say that to effectively fight the Taliban in Karachi, a strong police force is vital.

"Instead the police sit and cower inside their stations. We need a better solution, a better police force," said an ANP official.

But police officers insist they are no match for the Taliban.

"If we were to end up in a stand-off with the Taliban, there's no question who would win," said a local station chief. "If they even perceive someone as local law enforcement, the person is gunned down immediately."

He cited one incident in which one of his junior officers was killed with a sniper's rifle, fired from a hilltop, while investigating an extortion claim. "There's no way to for us to even see them, so how can we beat them?"

Shopkeepers and factory owners here say they would support martial law if it would weed out the Taliban once and for all.

Ali Hussain, sitting in his factory office, said that in the two decades he has run his business, he had never been bothered with extortion fees before the Taliban showed up at his gates.

"The Taliban hold me completely vulnerable at this point," he said. "It's terrifying to go into work every day with that looming over you."

This story originally appeared on Global Post, and was written by Mariya Karimjee.