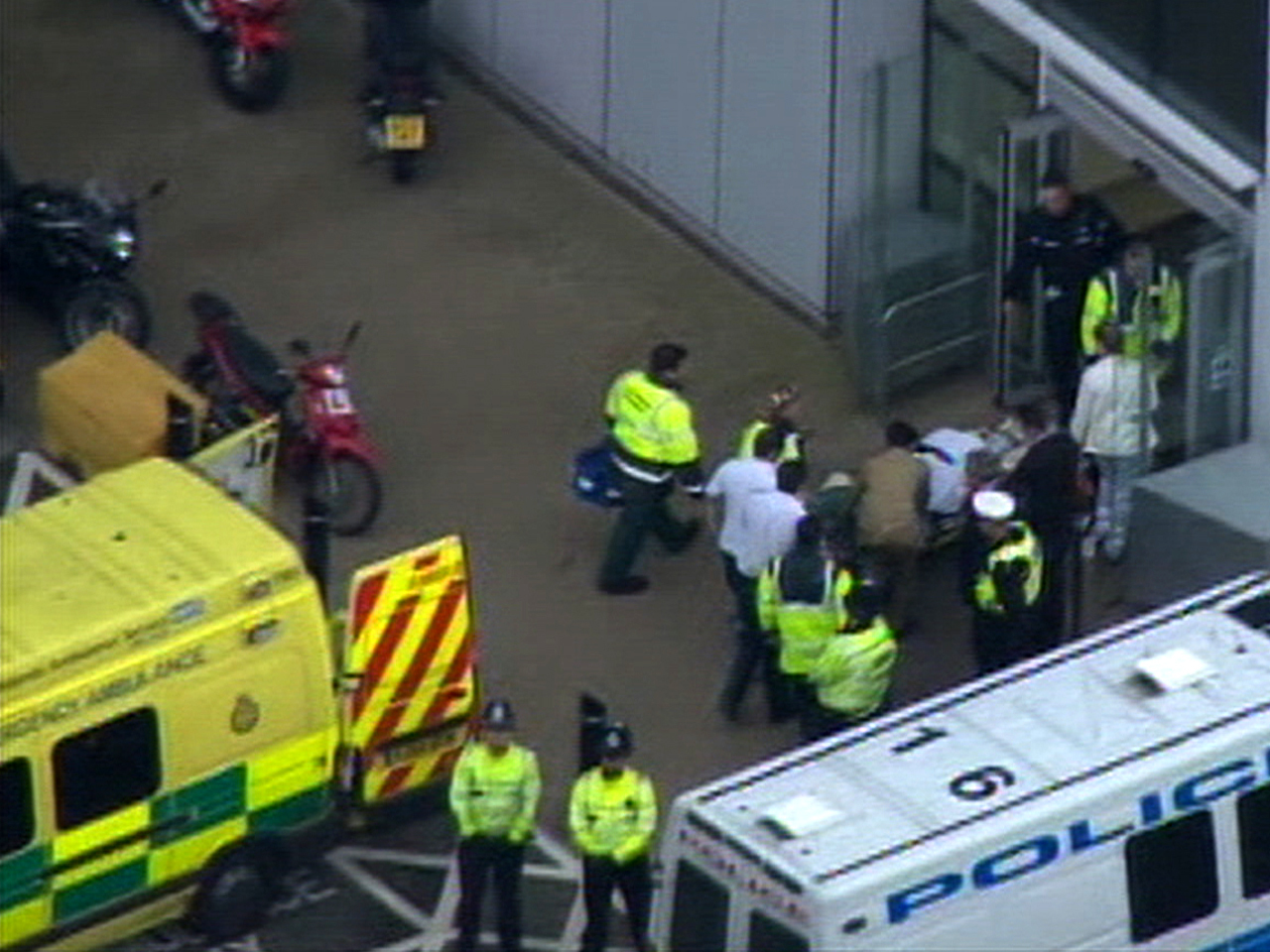 BIRMINGHAM, England A teenage Pakistani activist shot in the head by the Taliban arrived in the United Kingdom on Monday for more specialized medical care and to protect her from follow-up attacks threatened by the militants.

CBS News correspondent Elizabeth Palmer reports from the Pakistani capital of Islamabad that Malala Yousufzai's doctors expect her to make steady if slow progress, according to a diplomat who had seen her en route to Britain.

The attack on 14-year-old Malala as she was returning home from school in Pakistan's northwest a week ago has horrified people across the South Asian country and abroad. It has also sparked hope that the Pakistani government would respond by intensifying its fight against the Taliban and their allies.

Malala's condition was reported as stable during the weekend, and doctors had reduced her sedation to see if they could determine how much damage has been done to her brain, Palmer reports.

Malala was targeted by the Taliban for promoting girls' education and criticizing the militant group's behavior when they took over the scenic Swat Valley where she lived. Two of her classmates were also wounded in the attack and are receiving treatment in Pakistan.

The Taliban have threatened to target Malala again until she is killed because she promotes "Western thinking."

Police told Palmer that that, although the attack happened on a relatively busy road, no witnesses have come forward. On a brighter note, Palmer reports, the school that Malala championed so passionately is full. All the girl students have come to school and told Palmer that they and their parents -- even though they've been frightened by the attack -- are refusing to be intimidated.

Malala, who had been receiving treatment at a Pakistani military hospital, arrived in Britain on Monday afternoon. Pakistan's military had said a panel of doctors recommended that Malala be shifted to a center in the United Kingdom that has the ability to provide "integrated" care to children who have sustained severe injuries.

"It was agreed by the panel of Pakistani doctors and international experts that Malala will require prolonged care to fully recover from the physical and psychological effects of trauma that she has received," the military said in a statement.

Malala was taken to the Queen Elizabeth Hospital in Birmingham in central England, which is also home to the Royal Center for Defense Medicine, according to British Prime Minister David Cameron's office.

The Royal Center is the primary receiving unit for military casualties returned from overseas, and the Queen Elizabeth Hospital is designated as one of the country's 16 major trauma centers which specialize in treating severe gunshot wounds, major head injuries and road accident victims.

The hospital said a senior medical director is expected to provide an update on the girl's condition following an initial assessment later Monday.

Malala was flown out of Pakistan on Monday morning in a specially equipped air ambulance provided by the United Arab Emirates, the Pakistani military said.

Video footage handed out by the military showed Malala being wheeled out of the hospital on a stretcher, covered in a white sheet and surrounded by uniformed army officers. She was placed in the back of an ambulance and driven to the airport, where she was put on a plane.

The plane stopped for several hours in the Emirati capital of Abu Dhabi on the way to the United Kingdom, said Pakistani Ambassador to the UAE Jamil Ahmed Khan. The ambassador visited Malala during the stop and said she appeared to be in stable condition. Her parents were not on the plane with her, he said.

Khan told CBS News Malala appeared to be improving steadily. He said her doctors told him they believe she will make a slow recovery, but will recover, eventually. He added that her parents will join her in the U.K. at some point.

Khan told CBS News security measures were being taken to protect Malala because of the Taliban threat against her, but he would not go into specifics.

Pakistani doctors at a military hospital earlier removed a bullet from Malala's body that entered her head and headed toward her spine.

The military has described her recovery as satisfactory and said she was able to move her legs and hands several days ago when her sedatives were reduced. It has not said whether she suffered any brain damage or other permanent damage.

On Monday, the military said damaged bones in Malala's skull will need to be repaired or replaced, and she will need "intensive neuro rehabilitation." The decision to send the girl abroad was taken in consultation with her family, and the Pakistani government will pay for her treatment.

Pakistanis have held rallies for Malala throughout the country, but most have only numbered a few hundred people. The largest show of support by far occurred Sunday when tens of thousands of people held a demonstration in the southern port city of Karachi organized by the most powerful political party in the city, the Muttahida Quami Movement.

"The U.K. stands shoulder to shoulder with Pakistan in its fight against terrorism," British Foreign Secretary William Hague said in a statement sent to reporters. "Malala's bravery in standing up for the right of all young girls in Pakistan to an education is an example to us all."

The police engaged the militants in a gunbattle that lasted for several hours, but the insurgents escaped after burning the police station and four police vehicles, said Yar.

One of the policemen who was beheaded was a senior official who commanded several police stations in the area and was leading reinforcements against the attack, said Yar. Another 12 policemen received gunshot wounds.

A Pakistani Taliban spokesman, Mohammad Afridi, claimed responsibility for the attack, saying the police were targeted because they had killed several militants.

The Taliban have carried out hundreds of attacks throughout Pakistan but the attacks rarely include such a high number of militants as in the assault on the police station in Matni.