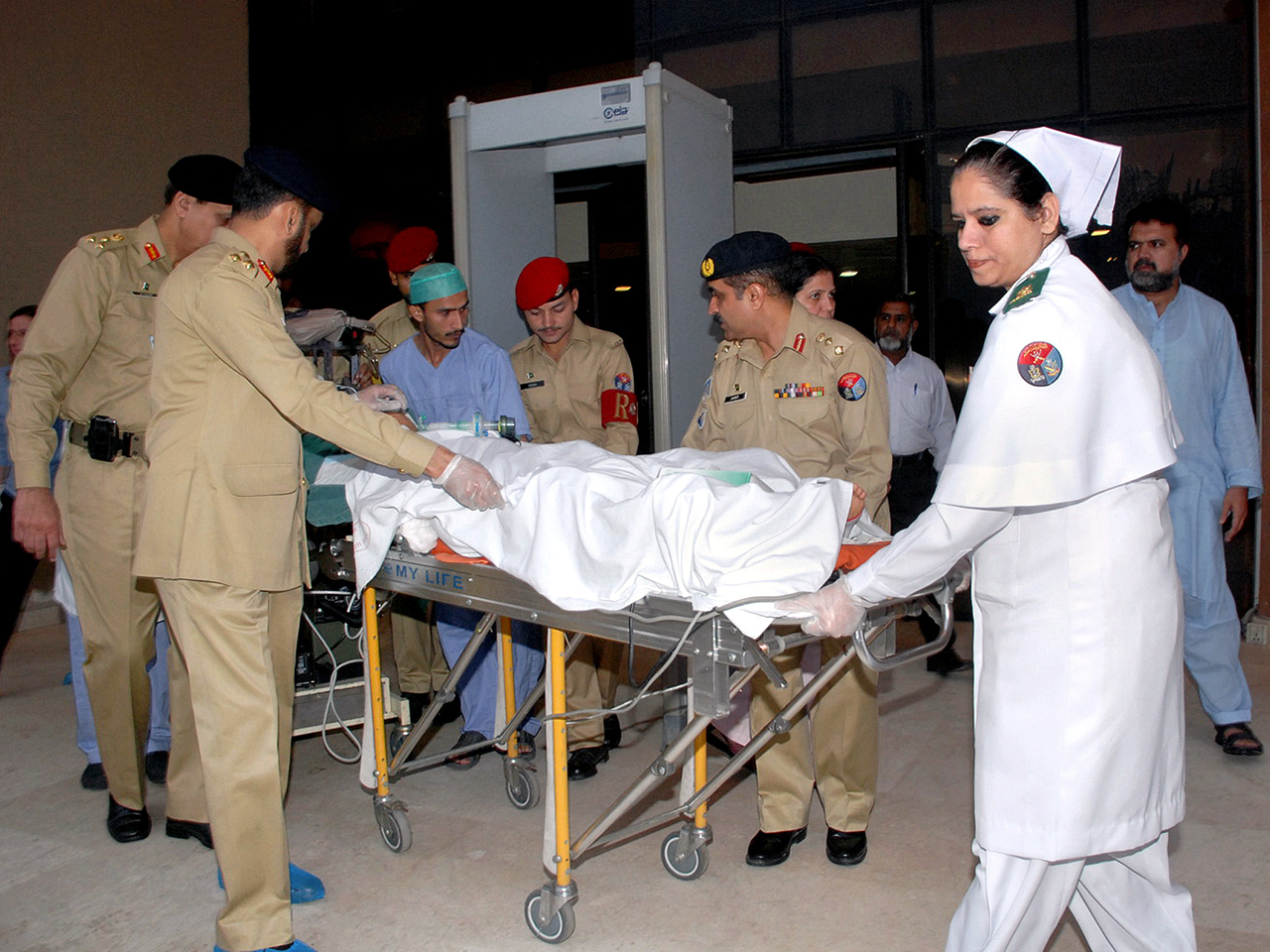 Malala Yousufzai, the Pakistani teen shot in the head by the Taliban for promoting education for girls and criticizing militants, arrived Monday in the United Kingdom to receive specialized medical care.

The Taliban said the 14-year-old girl was attacked on her school bus last Tuesday for promoting "Western thinking" in the Swat Valley and have said that if she survives, she will be targeted again.

On Monday, the military said damaged bones in Malala's skull will need to be repaired or replaced, and she will need "intensive neuro rehabilitation." The decision to send her abroad was taken in consultation with her family, and the Pakistani government will pay for her treatment.

Dr. Anders Cohen, chief of neurosurgery at The Brooklyn Hospital Center in New York City who has no involvement in the girl's care, told CBSNews.com that age is on Malala's side as she embarks on her recovery.

While Malala has survived the critical 48-hour period following the injury and has had the bullet removed, she still faces many unknowns in her terms of her recovery, Cohen said. However, "When you're younger, the brain has a better ability to recover."

When an area of the brain becomes injured, other parts of the brain that previously had nothing do with that area's functioning can step up and take on the role of the injured parts. That's known as the brain's "plasticity," Cohen said, and age is the best predictor for this type of recovery.

"It's a pretty wild phenomenon," said Cohen. He explains that he's seen this effect in 11- and 12-year-olds who have had strokes or other injuries that affect the speech and movement-controlled centers of their brain. Over time, those patients -- with help from therapy and rehab -- can talk and move again, and MRI scans reveal previously unrelated areas of the brain "light up" as those tasks are performed.

Cohen however said without knowing the trajectory of where the bullet specifically entered, there are still many unknowns about her recovery.

Doctors had previously removed the bullet that had been fired into Malala's head and came to rest in her upper chest.

CBS News correspondent Elizabeth Palmer also reported that Malala's doctors expect her to make steady if slow progress, according to a diplomat who had seen her en route to Britain.

Malala's condition was reported as stable during the weekend, and doctors had reduced her sedation to see if they could determine how much damage has been done to her brain, Palmer reported. Malala reportedly responded to doctors' order to move her four limbs.

A panel of doctors had recommended that Malala be shifted to a center in the U.K. that has the ability to provide "integrated" care to children who have sustained severe injuries, according to a military statement.

"It was agreed by the panel of Pakistani doctors and international experts that Malala will require prolonged care to fully recover from the physical and psychological effects of trauma that she has received," the military said.