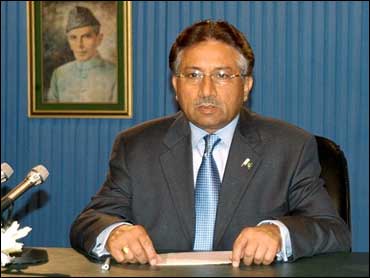 Pakistan's president amended a controversial Islamic law Friday so that women facing charges for adultery and other minor crimes can be released on bail.

"President Musharraf has taken a bold decision to protect the rights of women and save them from the misuse of Islamic laws," she said.

Under the Hadood Ordinance — passed under the military dictatorship of late Gen. Mohammed Zia-ul-Haq in 1979 — women can be sentenced to death if found guilty of having sex outside of marriage. The ordinance did not allow for women to be released on bail.

Currently more than 6,000 women are in jails awaiting trial.