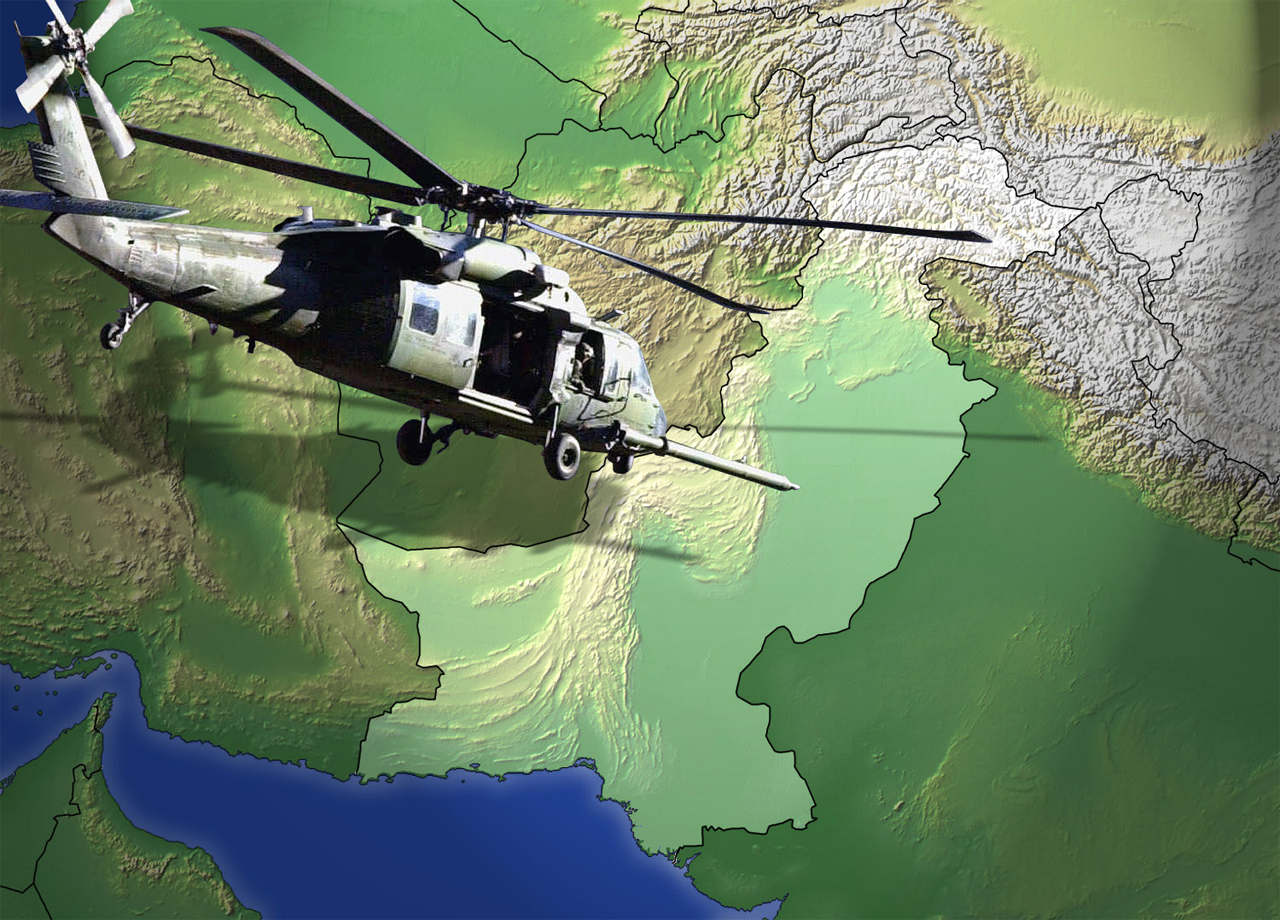 PESHAWAR, Pakistan - Pakistan on Saturday accused NATO helicopters of firing on two army checkpoints in the country's northwest and killing 24 soldiers, then retaliated by closing the border crossings used by the coalition to supply its troops in neighboring Afghanistan.

(The death toll was previously reported as 26.)

The incident Friday night was a major blow to already strained relations between Islamabad and U.S.-led forces fighting in Afghanistan. It will add to perceptions in Pakistan that the American presence in the region is malevolent, and to resentment toward the weak government in Islamabad for its cooperation with Washington.

It comes a little over a year after a similar but less deadly strike, in which U.S. helicopters accidentally killed two Pakistani soldiers near the Afghan border, whom the pilots mistook for insurgents. Pakistan responded by closing the Torkham border crossing to NATO supplies for 10 days until the U.S. apologized.

On Saturday, Pakistan went further, closing both of the country's two border crossings into landlocked Afghanistan. NATO trucks about 30 percent of the non-lethal supplies used by its Afghan-based forces through Pakistan. A short stoppage will have no effect on the war effort, but it is a reminder of the leverage Pakistan has over the United States from the supply routes running through its territory.

NATO said it was an investigating an "incident" along the border.

"My most sincere and personal heartfelt condolences go out to the families and loved ones of any members of Pakistan security forces who may have been killed or injured," said Gen. John Allen, the top overall commander of U.S. and NATO forces in Afghanistan in a statement.

Much of the violence in Afghanistan is carried out by insurgents that are based just across the border in Pakistan. Coalition forces are not allowed to cross the frontier to attack the militants. The militants however sometimes fire artillery and rockets across the line, reportedly from locations close to Pakistani army posts.

American officials have repeatedly accused Pakistani forces of supporting — or turning a blind eye — to militants using its territory for cross-border attacks. The border issue is the major source of tension between Islamabad and Washington, which wants to stabilize Afghanistan and withdraw its combat troops there by the end of 2014.

In a statement sent to reporters, the Pakistan military blamed NATO for Friday's attack in the Mohmand tribal area, saying the helicopters "carried out unprovoked and indiscriminate firing" but did not give figures for the dead and injured.

The attack killed 24 soldiers and wounded 14 others, said the governor of the northwestern Khyber Pakhtunkhwa province, Masood Kausar.

The helicopters attacked two checkpoints around 1,000 feet apart from each other, one of them twice, and two officers were among the dead, said a government official in Mohmand and a security official in Peshawar, the main city in Pakistan's northwest.

Ties between Washington and Islamabad had already taken an especially hard hit from the covert U.S. commando raid that killed Osama bin Laden in a Pakistani garrison town on May 2. The Pakistanis were outraged that they were not told about the operation beforehand, and now are angered even more than before by U.S. violations of the country's sovereignty.

"Any aggression on the (army) is an aggression against Pakistan," information minister Firdous Aashiq Awan told reporters. "We will not only protest, but we will prove through certain actions that the Pakistani government cannot tolerate this."

Prime Minister Yusuf Raza Gilani said the government was complaining "in the strongest terms" to NATO and the U.S.

A Pakistani customs official told The Associated Press that he received verbal orders Saturday to stop all NATO supplies from crossing the border through Torkham in either direction. The operator of a terminal at the border where NATO trucks park before they cross confirmed the closure. They spoke on condition of anonymity because of the sensitivity of the matter.

Saeed Ahmad, a spokesman for security forces at the other crossing in Chaman in southwest Pakistan, said that his crossing was also blocked following orders "from higher-ups."

The U.S., Pakistan, and Afghan militaries have long wrestled with the technical difficulties of patrolling a line that in many places is disputed or poorly marked.

The meeting tackled "coordination, communication and procedures between the Pakistan Army, ISAF (intelligence services) and (the) Afghan Army, aimed at enhancing border control on both sides," according to a statement from the Pakistani side.

The checkpoints that were attacked had been recently set up in Mohmand's Salala village by the army. They were intended to stop Pakistani Taliban militants holed up in Afghanistan from crossing the border and staging attacks, said two local government administrators, Maqsood Hasan and Hamid Khan.

The Pakistani military has blamed Pakistani Taliban militants and their allies for killing dozens of security forces in such cross-border attacks since the summer. Pakistan has criticized Afghan and foreign forces for not doing enough to stop the attacks, which it says have originated from the eastern Afghan provinces of Kunar and Nuristan. The U.S. has largely pulled out of these provinces, leaving the militants in effective control of many areas along the border.

The Afghan government blamed Pakistan for firing hundreds of rockets into eastern Afghanistan earlier this year that killed dozens of people. The Pakistan army has denied it intentionally fired rockets into Afghanistan, but acknowledged that several rounds fired at militants conducting cross-border attacks may have landed over the border.

The U.S. helicopter attack that killed two Pakistani soldiers on Sept. 30 of last year took place south of Mohmand in the Kurram tribal area. A joint U.S.-Pakistan investigation found that Pakistani soldiers fired at the two U.S. helicopters prior to the attack, a move the investigation team said was likely meant to notify the aircraft of their presence after they passed into Pakistani airspace several times.

Pakistan moved swiftly after the attack to close Torkham to NATO. Suspected militants took advantage of the impasse to launch attacks against stranded or rerouted trucks carrying NATO supplies.

Senior U.S. diplomatic and military officials eventually apologized for the attack, saying it could have been prevented with greater coordination between the U.S. and Pakistan. Pakistan responded by reopening the border crossing.