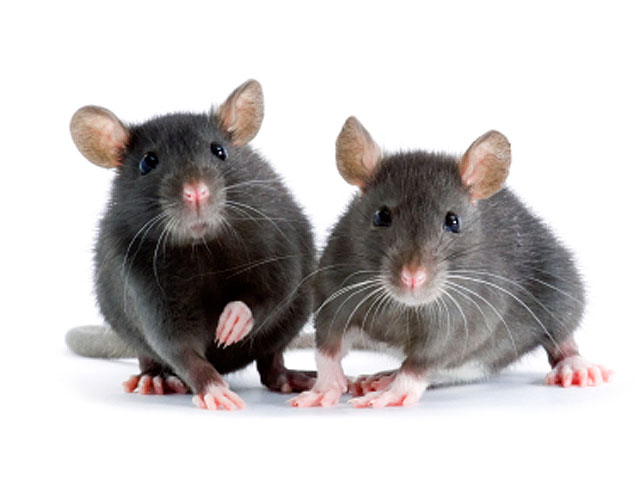 Pain receptors might have a gender bias, according to recent research with both sexes of mice.

A new study published in the journal Nature Neuroscience shows that male and female mice experience the same levels of sensitivity to pain, but activated entirely different immune cells as a reponse. The research was conducted by teams from McGill University, The Hospital for Sick Children, and Duke University.

Chronic pain affects more people than any other health problem -- more than cancer, heart disease and diabetes combined -- according to the American Academy of Pain Medicine. Understanding the gender differences in the biology of pain from the earliest stages will increase the chance that much-needed new therapies, which can cost millions of dollars to develop, will be successful in human trials and make it to the market.

"If you're doing drug development and you want to understand the biology of pain to develop new analgesics, it looks like there are two biologies to be found, not one." Dr. Jeffrey Mogil, co-senior author of the study and Director of the Alan Edwards Centre for Research on Pain at McGill University, told CBS News.

"We've been working on one of them and that actually turns out to be the less clinically relevant one," he added, "given that the majority of chronic pain patients are actually women."

According to the most recent CDC health statistics, women are more likely to experience several kinds of pain than men, especially in the head and back. Women were twice as likely to experience migraines or severe headaches, or pain in the face or jaw, than men. The reasons for the disparity may involve a complex mesh of factors from social and environmental to biological and medical treatment differences. Researching both sexes as thoroughly as possible could help narrow down the reasons.

In this study, teams of researchers at several different institutions started with both male and female mice given foot injuries. Next, they tested the mice for high touch sensitivity, a common symptom in chronic pain patients. They gave the mice medicine to help calm a kind of cell called microglia, which lives in the spinal cord and acts as a first line of defense in the immune system. Mogil describes the cells as "border guards."

The experiment showed that a medicine which blocked those microglia gave male mice pain relief, but the females showed as much touch sensitivity as before. Different immune cells in the spinal cord -- the "active" or "killer" second line of defense called T cells -- appeared to be attached to the pain for females. They were not helped by the same microglia blockers.

The traditional thinking has been that male mice and rats make better research subjects because females are more "variable" due to hormone cycles.

"This is a perfectly reasonable expectation. It just turns out to be false," said Mogil. "In fact, if anything, there's more variability in male animals. I think that what people forget is that male mice and rats have a source of variability that females don't have, which is that they have dominance hierarchies in their cages and they fight."

This study shows that bucking the long history of using only males for lab experiments could help make strides in pain research from the beginning stages. Government research funding agencies, both in Canada and the U.S., agree. As part of an initiative to balance the representation of the sexes across all research studies, the National Institutes of Health recently included a requirement that animal research use both male and female animals if they want grants from the agency. Canada implemented this rule in 2005.

"There's a big debate in the pain community, and I think in biology as a whole, of people moving toward inclusion of female animals when we're testing," Dr. Benedict Kolber, Assistant Professor of Biological Sciences and Research and Education Coordinator for the Chronic Pain Consortium at Duquesne University in Pittsburgh, told CBS News. "This is a great example of when you do that, you find pretty striking biological differences which could have a big impact on how you treat pain in men and women."

None of the medications used in this research are currently on the market, so it wouldn't be accurate to say that available painkillers have the same gender bias. The medications used on the male and female mice in this study were part of experiments to find new drugs. Disrupting pain through the immune cells may be the next frontier in treating the pain problem more effectively.

"The immune connection to pain is a hot topic in the pain world," said Kolber. "You might help someone with pain, but you also don't want to make them immunocompromised. So there is a balance between looking at the immune system as a way to treat pain, and understanding that the immune system has an important role in fighting off pathogens and other problems."

Pain management is only one area where discovering gender differences much earlier could make a difference in research and development. When medicines reach the stage where they are in human trials, for any condition, researchers would already know about the unique characteristics of the two genders.

"I think this is something that the whole field of medicine is going toward, which is personalized medicine," said Kolber. "We're usually talking about one person versus the next, but you can also talk about different groups of people."

Mogil agreed, adding that he initially discovered this difference in immune response to pain because he has always had the habit of using both male and female mice. He said that when more labs start opting to use both genders, instead of taking exemptions and continuing to use males only, more strides could be made in many areas.

"This type of sex difference we might see in other domains," Mogil said. "I think this might be the tip of a bigger iceberg."