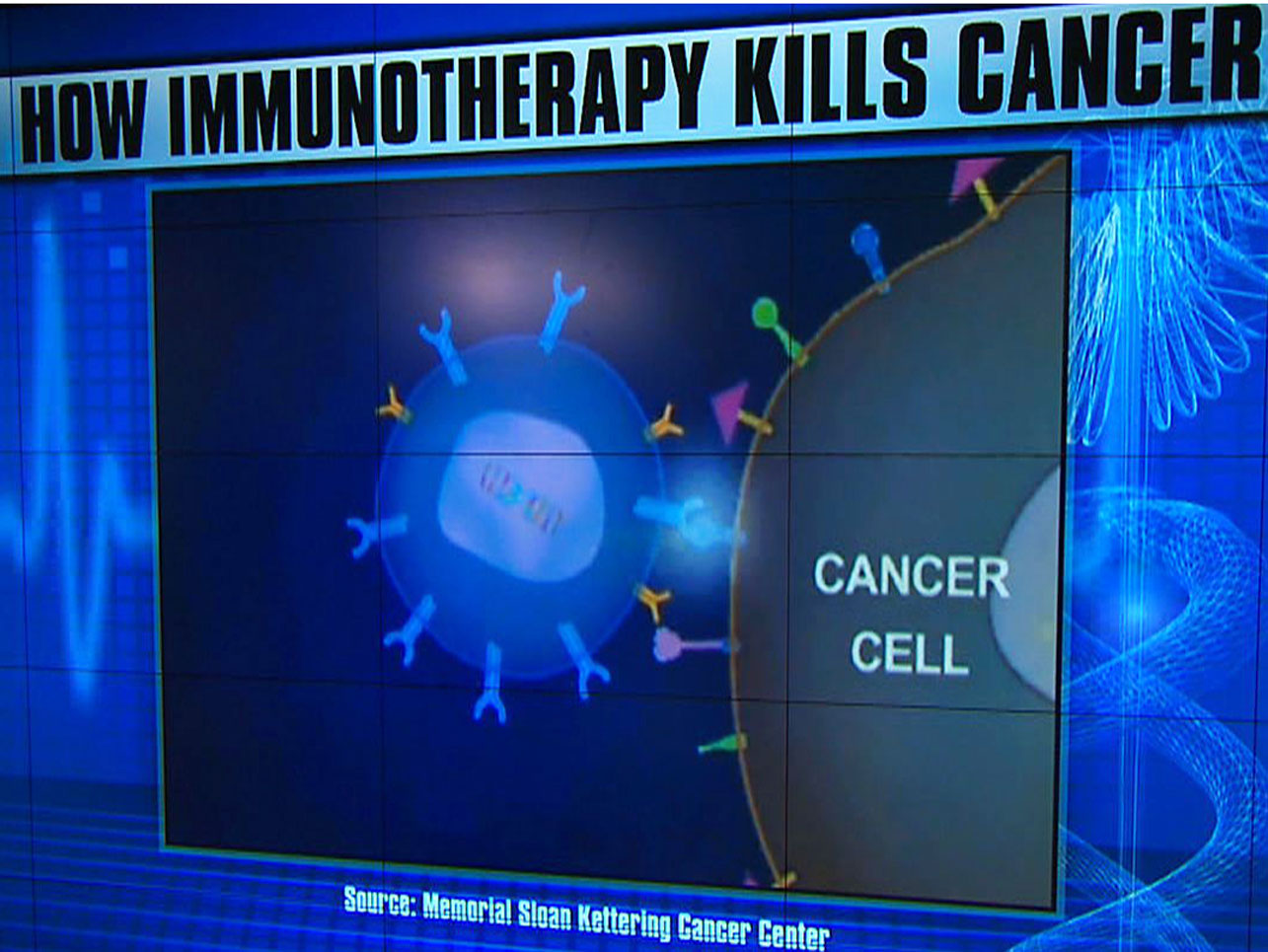 Being called a game-changer in the fight against cancer, researchers at Memorial Sloan Kettering Cancer Center in New York have successfully used the body's own immune system to attack cancer cells.

A group of 16 people with advanced leukemia who ran out of treatment options went through targeted T cell therapy. It effectively eliminated the cancer cells in most patients.

CBS News contributor, Dr. David Agus leads the Westside Cancer Center at the University of Southern California. Agus joined the “CBS This Morning” co-hosts to discuss the new treatment. He told them that the group at Memorial Sloan Kettering did some “remarkable research.”

“They took 16 patients with advanced leukemia, who had failed chemotherapy or not responded at all to chemotherapy, so they classically have weeks to months to live. They took their own immune cells out … and inserted a homing mechanism to target the cancer cells,” said Agus. “The cancer cells were growing on their own, unrelentingly, and these immune cells came in and they could target and kill them. They become assassins. So, making their own immune cells become assassins and it worked.”

Out of the 16 patients who were part of this treatment, 14 achieved total remission. However, Agus said that this treatment does not cure cancer on its own.

Agus said that this therapy was able to effectively remove the cancer cells from the blood and that “most of the patients were able to go on to transplant” and from there the patients can actually be cured.

One major problem with current cancer treatments, like chemotherapy, is the side effects the drugs have on patients. While Agus said that all treatments will have side effects, this particular one might actually work “too well.”

“These cells kill all of the cancer at once and it’s actually the toxins from the dead cancer cells that cause the side effects,” he said.

Agus said that this breakthrough could not have been made even 10 years ago because it builds on a decade of work in gene therapy.

The study is being published Thursday in Science Translational Medicine

Father of murdered Alaska teen: "My daughter trusted these people"

Telling the story of The Apollo was an "overwhelming task," filmmaker says