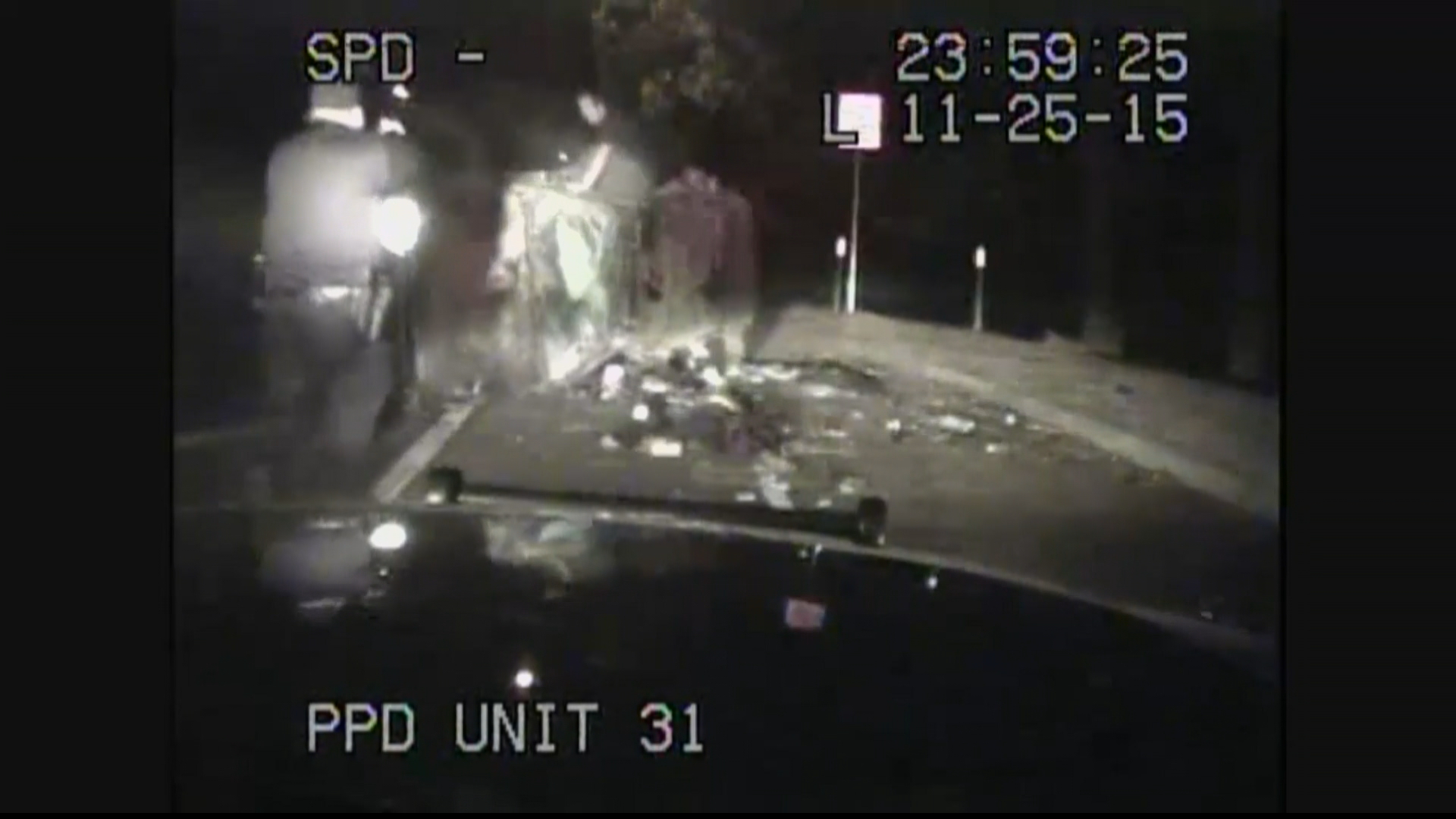 Warning: Some viewers may find the video above disturbing.

There is outrage in Paradise, California, over the response to a recent police shooting.

Prosecutors announced they will not charge Officer Patrick Feaster for firing at a man escaping a wrecked SUV, but the shooting victim faces serious criminal charges. Feaster followed the driver after noticing him speed out of a parking lot with his headlights off.

Dash cam footage from the November 25 incident shows the driver, 26-year-old Andrew Thomas, crashing his SUV. His wife was ejected from the window and died at the scene, reports CBSN's Vladimir Duthiers.

Feaster walks towards the car and fires one shot, hitting Thomas in the neck as he attempted to get out through the window. Twenty-five seconds, later Feaster describes Thomas as being uncooperative.

"I've got an unresponsive female, I've got a male in the car refusing to get out," Feaster could be heard saying in the dash-cam video.

Thomas had a blood alcohol level nearly twice the legal limit. He's facing vehicular manslaughter charges in his wife's death and may be paralyzed from the waist down.

But hundreds of protesters in Paradise are calling for Officer Feaster to be removed from the force. They're outraged he won't be facing criminal charges.

"Cop pulling guns on people when it's in a car accident -- that's insane," one protester said.

"There's something wrong with that cop. He's crazy," another said.

Prosecutors called the shooting an accident, saying Feaster "did not intentionally fire his pistol" and that "he was in shock at the scene and not certain his weapon had actually discharged."

But they have no explanation for why it took Feaster 11 minutes to report that he had fired his gun.

"The 11 minutes waiting to notify is awful. Regardless, can we prove a case of intentional discharge of that weapon beyond a reasonable doubt? We could not," District Attorney Mike Ramsey said.

Feaster has been with the Paradise Police Department since 2010. He may still face some punishment from an internal investigation that is ongoing.