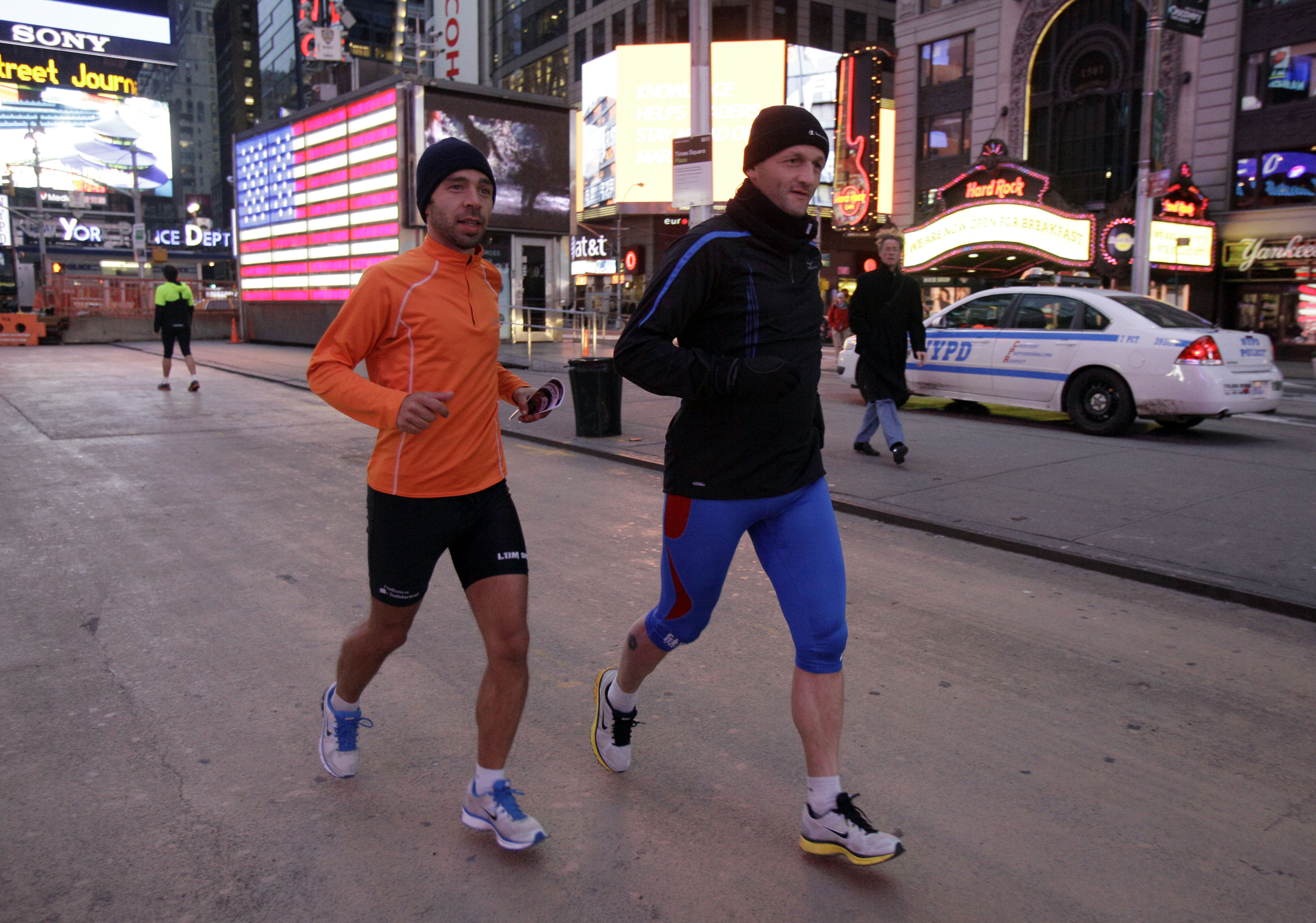 NEW YORKAs Mayor Michael Bloomberg defended the decision to run the New York City Marathon in superstorm Sandy's aftermath, a growing number of residents, politicians - and even some marathon runners - blasted the decision and called on the race to be postponed.

A backlash grew against Bloomberg's decision to hold the race on Sunday as scheduled, with some New Yorkers complaining that going ahead with the 26.2-mile race would be insensitive and divert city resources at a time when many are suffering.

Bloomberg defended the decision to hold the marathon, saying electricity is expected to be restored to all of Manhattan by race day, and police officer resources who were used to direct traffic in areas without power will no longer be needed. Only limited resources from the Sanitation Department will be utilized.

The mayor said New York has to show that "we are here and we are going to recover." He said the marathon will "give people something to cheer about" after a "dismal week" and added that his predecessor, Rudy Giuliani, made the right decision to let the marathon continue after the September 11, 2001 terrorist attack.

"I think Rudy had it right. You have to keep going and doing things and you can grieve you can cry and you can laugh all at the same time. That's what human beings are good at," Bloomberg said.

Actor, motivational speaker and Iraq war veteran J.R. Martinez said to CBSNews.com that he still plans to partake in his first New York City marathon this Sunday, despite the protests. Martinez said he felt the marathon would now hold a different meaning for the runners as they passed through damaged communities.

"I'm excited the marathon is still happening because I think everybody here in New York, in the different boroughs, I think they need something different to think about," he said Thursday. "[People can] encourage and support their friends and loved ones that are going to be running the marathon, and just be inspired and take their mind off everything that's happened here in the last few days."

"It's repulsive," said Rosado, who spent two days scrubbing sludge from his tiled floors and was preparing to demolish the water-logged walls of his home a block from the water. He added: "They should be getting resources to the elderly people who can't fend for themselves. That's more important than a marathon right now."

Some marathon runners agreed, posting Facebook messages vowing to head to the race's starting line in Staten Island to spend the day volunteering, not racing.

While some argue that it will stretch city and police resources during a time of need, CBS News' John Miller, a former spokesman for the NYPD, called the race "a point of pride for the city" and said that during times like this, city leaders confer with the mayor's office to answer the question, "Who are we as a city?" To that end, Miller said, "We are a city that will be unbowed by any event," and that much like the marathoners themselves the city prides itself on "working through the pain."

Speaking to the capability of the NYPD, Miller admitted it will be a strain but said, "This is a huge department. This is 35,000 cops...and traffic enforcement agents" who have an "off the shelf plan," for the marathon that they have orchestrated for years.

Mary Wittenberg, president of the New York Road Runners (NYRR) that organizes the marathon, defended the decision and said this year they had planned to use more private contractors instead of city resources than in previous years, USA Today reported.

Police Commissioner Raymond Kelly said to the Associated Press that the estimated 2,000 officers that will come in on their days off or on overtime, while those who are on storm duty work will have extend shifts on their regular work days. No one will be taken off storm-duty recovery to work the marathon.

"People who are engaged in recovery work and security work, those numbers will remain essentially the same," he said.

Requests by CBSNews.com to the NYPD, NYRR and Office of the Mayor to ascertain the amount of city resources that will be used in the race were not answered.

But, even some hotel owners are taking a stance. The Hilton Garden Inn in Staten Island, which has served as a refuge for people affected by the storm, has vowed to turn away marathoners - even those with reservations - in order to preserve rooms for storm evacuees.

"How do I tell people who have no place to go, that have no home, that have no heat, that you have to leave because I have to make room for somebody who has to run a marathon?" hotel owner Richard Nicotra told New York 1.

On Twitter, New York City Councilman James Oddo expressed outrage over the possibility of any resources being diverted from Staten Island residents hit hard by the storm.

Meanwhile, City Council member Domenic Recchia Jr. called plans to hold the race "just wrong" in light of the ongoing misery among residents with no food, shelter or electricity

Manhattan Borough President Scott Stringer thanked Bloomberg and Gov. Andrew Cuomo for their leadership in a statement Friday, but called for a postponement of the race with many residents "struggling to keep body and soul together, deprived of basic essentials as temperatures drop."

CBS New York reports that the debate raged on sports radio, too. Many hosts on CBS Radio were against running the marathon, while former NFL quarterback Boomer Esiason pointed to the financial boon it will be to a storm-battered city, not to mention various charities.

The marathon brings an estimated $340 million into the city. Organizers will also use it as a backdrop to raise money for recovery efforts. NYRR will donate at least $1 million to the fund through the "2012 ING New York City Marathon Race to Recover Fund," and said more than $1.5 million in pledges already had been secured from sponsors.

"Mayor Bloomberg and NYC organizers speak of a 'bold move' to proceed with the marathon," Tinley says. "What would be truly bold would be to say they'd reacted too soon and re-schedule the event for three weeks from now. The NYC Marathon has always been a people's event. Catering to out-of-towners with hotel registrations and a platinum card ain't about the people."