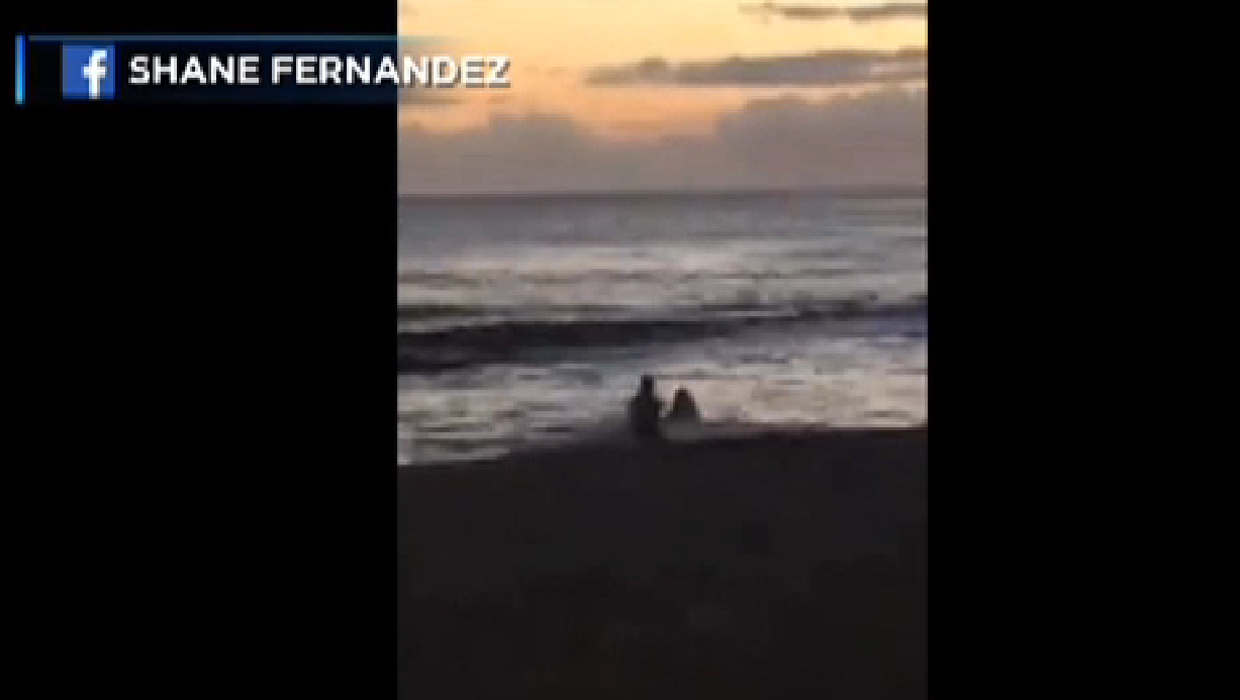 The 18-second long video was shot around 7:45 Tuesday night at Kauai's Salt Pond Beach. It appears to show a man repeatedly striking a monk seal in the shallow water.

Wildlife officials say the animal, identified as RK30, is about 17 years old and pregnant. She has survived many hardships including shark bites and a fishing line wrapped so tightly around her neck that she is permanently scarred by it.

"She's a well-known adult here on Kauai for being a survivor as well as being an excellent mother," said Jammie Thomton, NOAA Kauai Marine Mammal Response Coordinator.

The video was posted on Facebook and caught the attention of many people, including the mayor of Kauai County, Bernard Carvalho.

"I share our community's shock and disappointment as this behavior is both unacceptable and illegal," he said.

Witnesses of the attack called police who then notified the State Department of Land and Natural Resources and federal fisheries officials. They were able to find RK30, but not the suspect. Thomton says she survived and shows no signs of trauma from the recent incident.

Hawaiian monk seals are protected under the Endangered Species Act, the Marine Mammal Protection Act, and state law. To harass, disturb or injure a monk seal is a crime.

"The Hawaiian monk seal is one of the most endangered marine mammals in the world and they are endemic to Hawaii," said Carvalho. "They deserve our respect and protection, and our gratitude goes out to the bystanders who immediately contacted authorities. I urge anyone with information on the suspect to please report it."

To report information on this incident, contact NOAA Fisheries Enforcement Hotline at 1-800-853-1964.