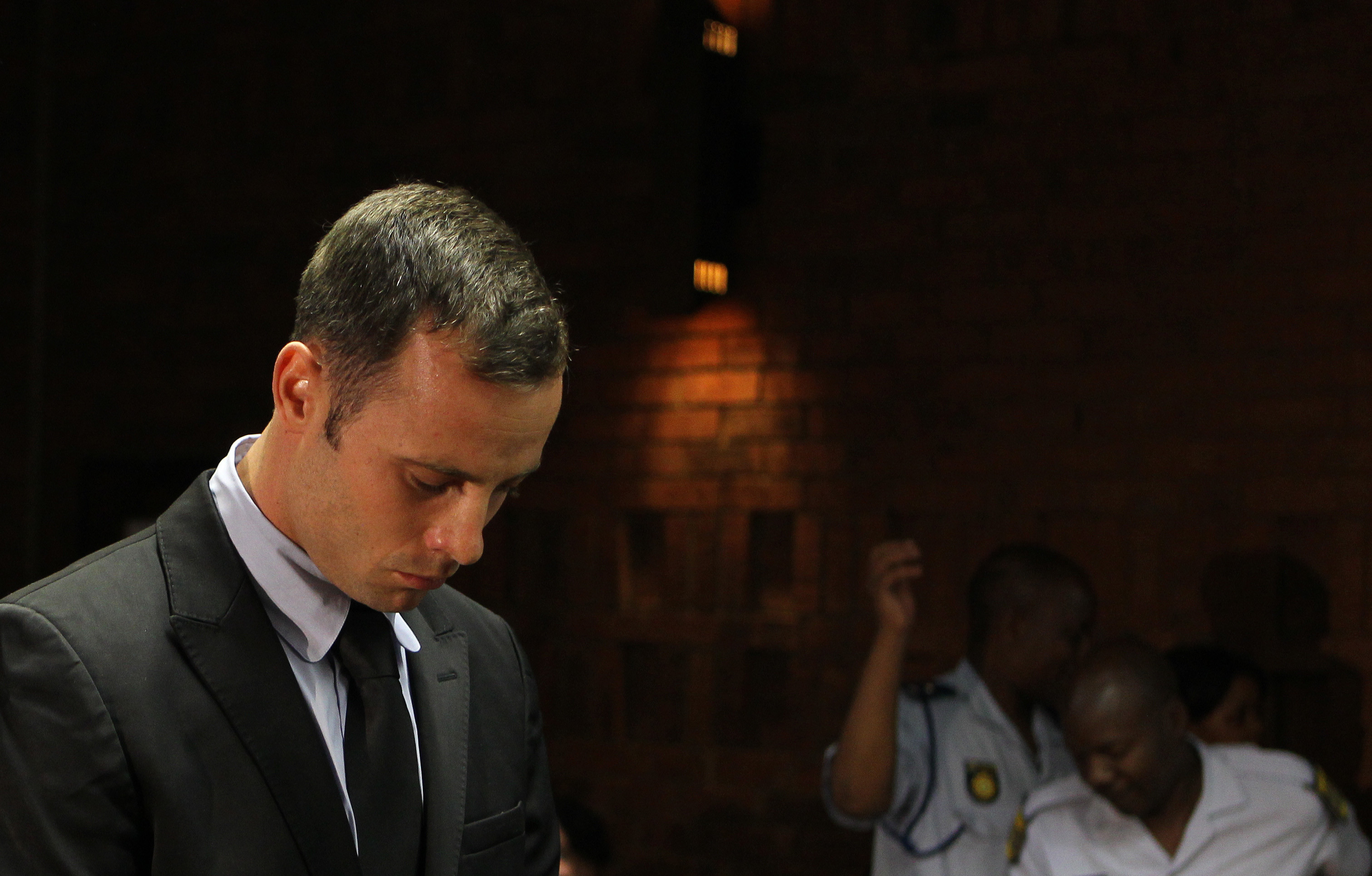 PRETORIA, South Africa Police say they found two boxes of testosterone and needles in the bedroom of Oscar Pistorius, the Olympian who has been charged with murder in the shooting of his girlfriend.

Detective Hilton Botha made the revelation Wednesday in testimony at the bail hearing for the athlete charged with premeditated murder (video) in the shooting death of his girlfriend, Reeva Steenkamp.

The detective also told the court that a neighbor reported hearing a gun shot, followed by screaming, and then more gun shots. The defense noted that the same witness -- who they claim lives at least 600 yards away from Pistorius' home -- seemed to have reported hearing a total number of gunshots that did not line up with forensic evidence from the scene.

Police also said Wednesday that additional charges should be filed against Pistorius for possession of .38 caliber ammunition, which they said was illegal as the track star is not licensed to own any weapons of the same caliber.

The discovery of the alleged testosterone raises the possibility that the double-amputee Olympian and Paralympian might have been using performance-enhancing substances.

His defense team was quick to deny the substance found was any sort of illegal drug, claiming it was only a legal herbal remedy commonly used by athletes.

Correspondent Emma Hurd, reporting from the court for CBS News, said the dramatic bail hearing is fast turning into a sort of trial within a trial.

Botha, the detective in charge of the investigation, told the court he arrived at Pistorius' house in the early hours of Valentine's Day to find Reeva Steemkamp dead at the bottom of the stairs, wearing white shorts and a tank top, with her body covered in towels.

Hurd said that according to Botha, Pistorius said he thought there was a burglar, but didn't say anything else to him. The athlete sobbed as the detective said Steemkamp had suffered three bullet wounds to the right side of her body -- one in her head, another in her arm and one in her hip.

Pistorius' defense seemed focused Wednesday on showing a bias against the famous runner on the part of the police investigators.

Hurd reported that his lawyers forced detective Botha in their cross examination to admit that the female witnesses who spoke of hearing the screams and gunshots was about half a mile away at the time. The detective also conceded that there were no defensive wounds on Steenkamp's body, and no apparent inconsistencies in Pistorius' version of events.

The day's events seemed to overwhelm the star athlete. He spent much of the day in tears as prosecutors in South Africa revealed new details about their premeditated murder case against him, reports CBS News' Tina Kraus.

Pistorius became the first Paralympian runner to compete at the Olympic Games in London last year.

The 26-year-old track star has insisted he shot Steenkamp, 29, by mistake, fearing there was an intruder in his gated and guarded luxury complex in the capital, Pretoria.