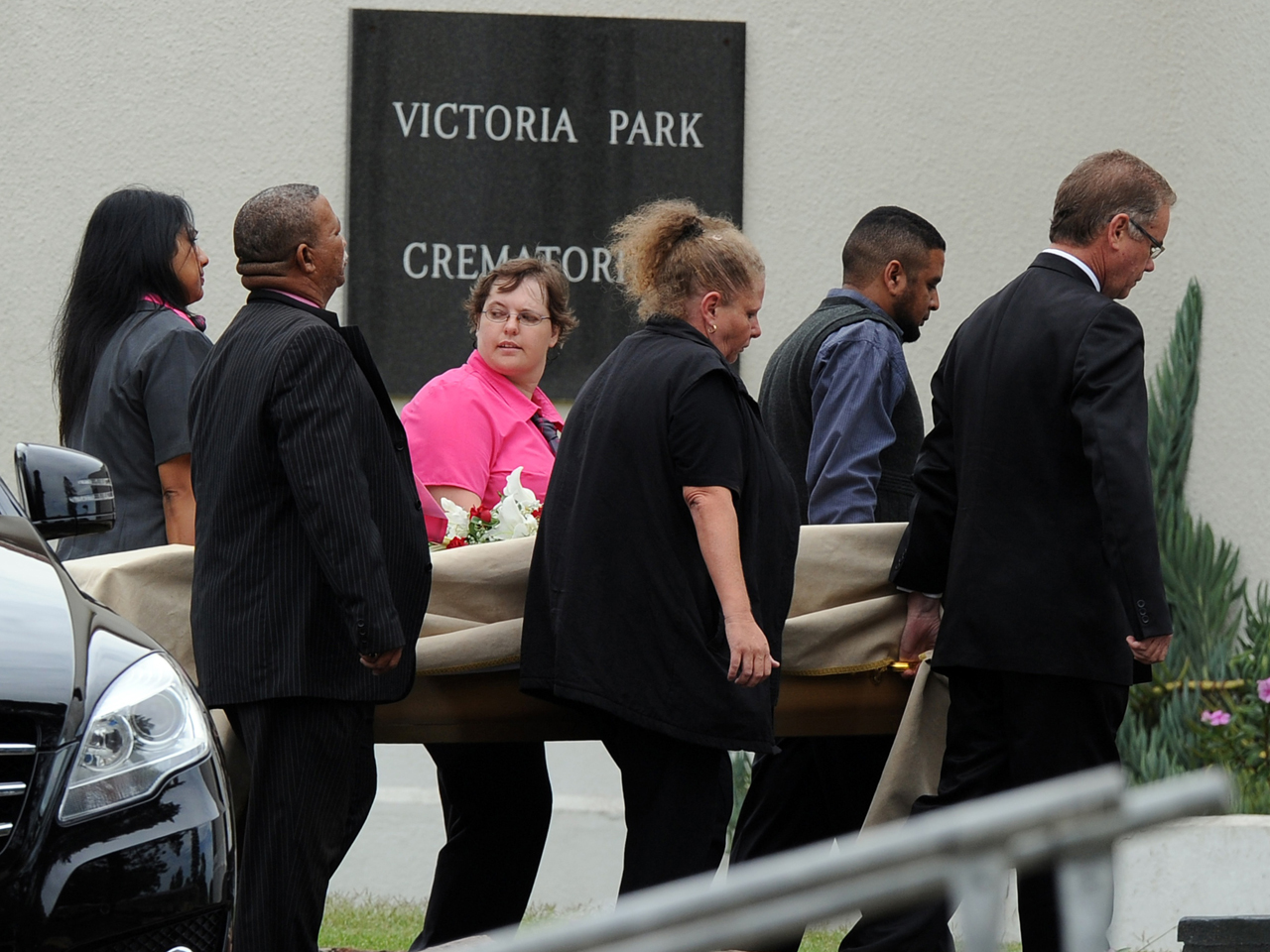 Reeva Steenkamp was laid to rest at a crematorium in Port Elizabeth, South Africa, Tuesday, the same day that prosecutors charged her boyfriend Oscar Pistorius, the double amputee Olympic star, with premedited murder.

Her family was emotional at the funeral, according to media reports.

"There's a space missing inside all the people she knew that can't be filled again," Reeva's brother Adam Steenkamp said.

The leggy blonde model tweeted this past Valentine's Day that it should be "a day of love for everyone."

Instead, prosecutors allege, she was shot dead in the bathroom by her boyfriend in his home. The two had been dating for only a few months.

Steenkamp's family has largely avoided talking about the case against Pistorius, and according to most accounts they continued to do so at her funeral.

"Today everyone is here as a family, and there is only one thing missing: Reeva. This is so painful," said Michael Steenkamp, Reeva's uncle.

However, there were reports that other mourners at the funeral called for a harsh penalty for Pistorius and earlier, Steenkamp's mother June said she wanted answers.

"All we have is this horrendous death to deal with ... to get to grips with. All we want are answers ... answers as to why this had to happen, why our beautiful daughter had to die like this," June Steenkamp said in an interview with a South African newspaper.

In addition to being a well known international model, Steenkamp was an entrepreneur who graduated with a Bachelor of Law degree from Nelson Mandela Metropolitan University, according to her biography.

Funeral held for 21 teenagers who mysteriously died at nightclub
Thanks for reading CBS NEWS.
Create your free account or log in
for more features.
View CBS News In
CBS News App Open
Chrome Safari Continue
Be the first to know
Get browser notifications for breaking news, live events, and exclusive reporting.