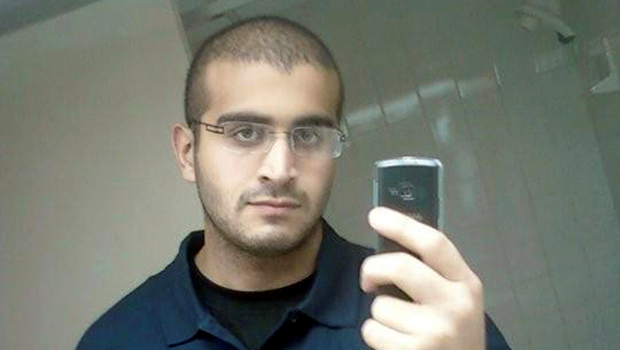 ORLANDO -- A source familiar with the investigation tells CBS News gunman Omar Mateen referenced the Islamic State of Iraq and Syria (ISIS) in a Facebook message posted moments before the Orlando nightclub shooting.

ISIS claimed responsibility for the shooting on the group's official radio station, al-Bayan.

"We begin from America, where Allah has enabled brother Omar Mateen, one of the soldiers of the Caliphate in America, to carry out a raid where he was able to infiltrate a Crusaders' gathering at a gay night club in Orlando, Florida," the radio report said.

"Allah enabled him to inflict heavy casualties amongst the filthy Crusaders," the ISIS statement said. "He killed and injured over a hundred of them. This is the biggest raid to be carried in America after the raid of Manhattan 16 years ago. All praise to Allah."

The FBI is characterizing the shooting at Pulse, a gay nightclub, as both a terrorist attack and a hate crime, CBS News' Paula Reid reported.

An Orlando television producer said he also received a phone call from Marteen during the shooting.

Matthew Gentili, a producer for local cable News 13, said he was gathering information on the shooting at about 2:45 in the morning, about 45 minutes after Mateen started killing people inside Pulse nightclub, when the phone rang.

Viewers had been flooding the station with inquiries about the devastation unfolding, but one caller had something to say.

"I answered the phone as I always do: 'News 13, this is Matt.' And on the other end, I heard, 'Do you know about the shooting?'" Gentili said.

As the producer replied that he had been getting reports about it, Gentili said the caller cut him off.

Gentili said he was left stunned and speechless, and then caller said he did it for ISIS, before starting to speak in Arabic.

Shooting survivor Patience Carter said she was trapped in the bathroom of Pulse with Mateen with several other victims, alive and dead, when he was making phone calls. She told reporters yesterday that she distinctly remembers him speaking what sounded like Arabic, although whomever was on the other end of the phone wasn't clear.

Gentili said whether it was English or Arabic, he had a hard time understanding the caller.

Eventually, the news producer said he asked the caller where he was calling from, to which the caller replied it was "none of my (expletive) business."

"It was silent for a while. I asked him: 'Is there anything else you want to say?' " Gentili said. "He said no and hung up the phone."

Gentili said when he was done with his shift later in the day, the FBI interviewed him about the call. Officials have not detailed the phone calls made during the massacre. News 13 reports the number they received a call on matches Mateen's cellphone number.