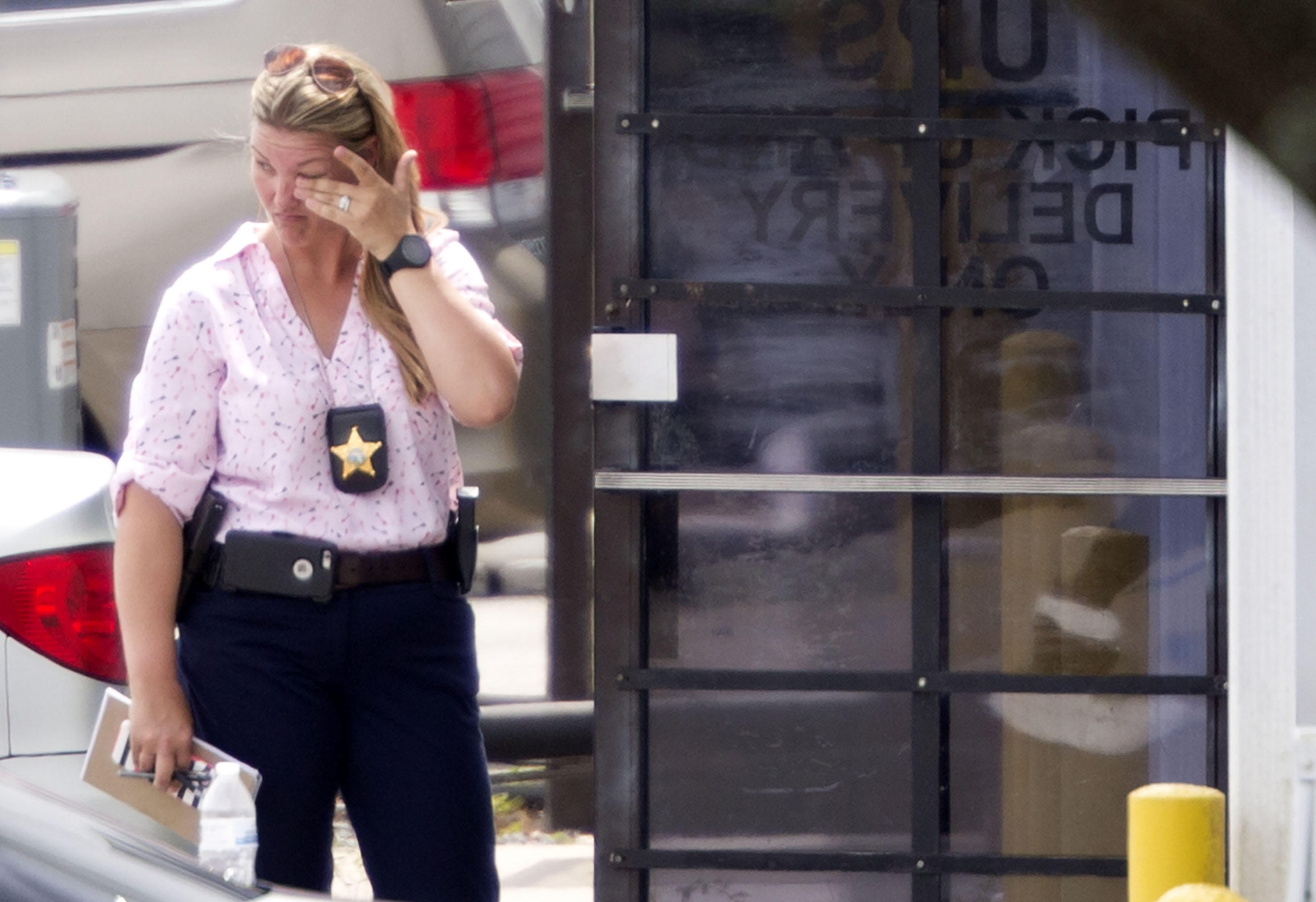 ORLANDO, Fla. -- A lone gunman returned with a semi-automatic pistol to the Orlando awning factory where he was fired in April and methodically killed five people on Monday, then killed himself at the sound of an approaching siren, the Orange County sheriff said.

Sheriff Jerry Demings identified the shooter as John Robert Neumann Jr., a 45-year-old Army veteran who lived alone and did not appear to be a member of any type of subversive or terrorist organization.

"We are all on heightened alert from the tragic incidents across the globe," the sheriff's office said on Twitter, two days after a vehicle and knife attack in London Saturday night killed seven people and injured dozens of others. "We cannot connect this incident to any global terrorism."

Police found three men and one woman dead at the scene, Demings said. A fourth man was taken to a hospital, where he died.

The shooting began at about 8 a.m. after Neumann slipped through a rear door into the cavernous Fiamma Inc. factory, an area that stretches across more than two football fields where awnings are stitched together for recreational vehicles.

"My experience tells me that this individual made deliberate thought to do what he did today. He had a plan of action," the sheriff said. "We have information that at least one of (the victims), he had a negative relationship with. He was certainly singling out the individuals he shot."

"Most of the victims were shot in the head; some were shot multiple times," the sheriff added.

The motive remains under investigation, the sheriff said; Deputies were preparing to search his home, and were looking through any available social media postings for clues. Neumann was honorably discharged in 1999, and did not have a concealed weapons permit, he said.

Authorities had confronted Neumann once before at the factory, when he was accused of battering a co-worker in June 2014. But after interviewing both men involved, deputies filed no charges, Demings said.

Neumann's previous criminal record was otherwise minor -- marijuana possession and driving under the influence -- and the co-worker he allegedly beat up three years ago was not among Monday's victims, the sheriff said.

Fiamma calls itself one of the largest manufacturers of awnings for camper vans, motor coaches and sport utility vehicles.

Shelley Adams said her sister, Sheila McIntyre, called her from the company's bathroom during the shooting and kept repeating, "My boss is dead. My boss is dead."

A woman living in the same neighborhood as Neumann said she was shocked to hear that he was the shooter. She said she knew that Neumann was recently fired from his job, but he refused to tell her why.

State and federal law enforcement officers converged on the awning business in an industrial park in Orlando shortly after 8 a.m. after a woman ran out and called 911 from a tile business across the street, said Yamaris Gomez, that store's owner.

After 9 a.m., the sheriff's office said on Twitter that there were "multiple fatalities."

And while five people were killed, "seven others' lives were saved due to the quick actions of the officers who arrived on the scene today," said Special Agent Danny Banks of the Florida Department of Law Enforcement.

Authorities had no reports of any specific threats the gunman made to people at the company or anyone else, Banks said.

The attack shows why people need to alert authorities whenever they learn of anything that could lead to violence, Banks said.

"If people see something that seems abnormal, they need to say something," Orange County Mayor Teresa Jacobs added.

The latest government statistics indicate that fatal workplace shootings have ticked upward in the United States. Bureau of Labor Statistics data show a 2 percent rise between 2014 and 2015 to 417 cases. Among those, fatal shootings rose more sharply, by 15 percent.

Sen. Bill Nelson called for more action to address mental health issues. He noted that next Monday will mark a year since the worst mass shooting in modern U.S. history, at a gay nightclub in Orlando. The attack at the Pulse club killed 49 people and wounded dozens more.

Republican Gov. Rick Scott asked "all Floridians to pray for the families impacted by this senseless act of violence."