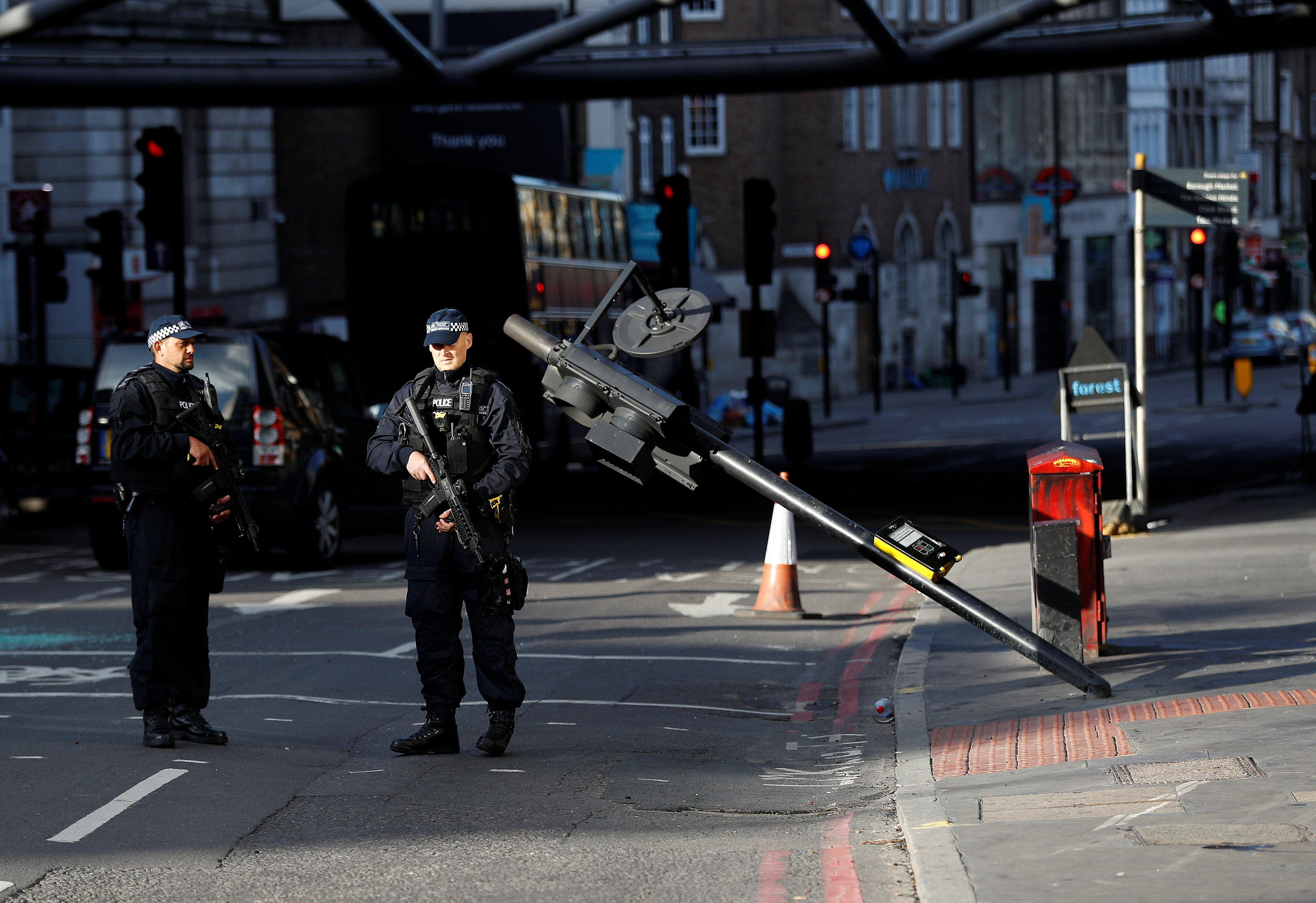 Investigators were looking into whether or not the three militants who committed a car and knife attack on London Bridge and in Borough Market Saturday night, killing 7 and injuring dozens, had been supported by anyone else on Monday, and said the identities of the attackers were known to them.

"We do believe we know who they are," London's Metropolitan Police chief Cressida Dick told Sky News.

They said they would release the attackers' names, "as soon as operationally possible," the BBC reported.

In early morning raids in east London, British police detained more people on Monday after authorities arrested 12 people in the Barking neighborhood of east London over the weekend. One of those 12 was later released.

"A very high priority for us obviously is to try to understand whether they were working with anyone else, whether anybody else was involved in the planning of this attack and to find out the background to it," Dick told the BBC.

"We've carried out searches in a variety of places in east London and we've seized a huge amount of forensic material, so we're working very quickly," she said.

U.K. Prime Minister Theresa May said Monday that, "this was an attack on London and the United Kingdom, but it was also an attack on the free world. She said Britain would review its counter-terrorism strategy and consider extending prison terms, and that more must be done to combat "bigotry and hatred."

Eighteen people remained in critical condition Monday, British health authorities said, and another 18 were still being treated for their wounds.

Canadian Christine Archibald, 30, was the first victim killed in Saturday's attack to be named. She reportedly died in her fiance, Tyler Ferguson's, arms after being struck by the speeding van on London bridge.

Tyler's sister, Cassie Ferguson Rowe, said on Facebook, "Last night in London my baby brother lost the love of his life on the London Bridge. In a split second his entire life was ripped away from him. Hearing his painful sobs on the phone while he's alone trying to deal with this tears me apart."

In a statement, Christine's family said she would have had "no understanding of the callous cruelty that caused her death," and that she had worked in a homeless shelter before moving to Europe to be with her fiance. They asked those who want to honor her to volunteer their time or donate to a homeless shelter and to tell them "Chrissy sent you."

One French national was also killed, France's foreign minister said, though they have not been identified. Two Americans were injured in the attack, with one in critical condition.

London Bridge opened to pedestrians early Monday, and traffic was allowed to cross in the northbound direction. London Bridge Station, which is a major hub for trains and subways, was fully operational Monday morning.

U.K. politicians also resumed campaigning Monday, three days ahead of a general election which polls show is much closer than previously predicted. U.K. Prime Minister Theresa May said that "violence can never be allowed to disrupt the democratic process." She chaired a meeting of the government's emergency response committee, COBRA, on Monday to discuss the response to the attack.

The assault unfolded over a few terrifying minutes late Saturday, starting when a rented van veered off the road and barreled into pedestrians on busy London Bridge. Three men then got out of the vehicle with large knives and attacked people at bars and restaurants in nearby Borough Market until they were shot dead by police.

Islamic State of Iraq and Syria (ISIS)'s statement Sunday from its Aamaq news agency claimed the group's "fighters" were responsible, according to the SITE Intelligence Group. ISIS has urged supporters to weaponize vehicles in attacks against the West.

It was the third attack in Britain this year that ISIS has claimed -- after a similar attack on Westminster Bridge in March and the Manchester attack: Police make more arrests as investigation widens two weeks ago -- and one of several involving vehicles in Europe, including last year's Bastille Day rampage in the French city of Nice.