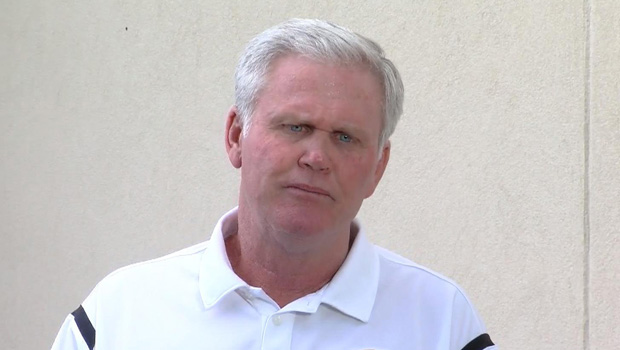 Robbie Abell, co-owner of Lotus Gunworks, said Thursday his workers had a gut feeling about Mateen when he came to the store four or five weeks ago.

Mateen asked for level 3 body armor, according to Abell, but was told the store didn't carry it. He then made a phone call and spoke in Arabic before asking for bulk ammunition, but employees did not sell it to him.

Abell told reporters "we contacted FBI direct" after Mateen left the store but he did not elaborate on how investigators responded. He believed his employees did what they should have done, Abell said.

On Friday, the FBI released a statement confirming that the gun store told them in May, during an unrelated investigation, that Mateen tried to buy body armor.

However, the store did not have his name, date of birth, telephone number or other information. The shop notified the FBI after the shooting to say that the unknown man who had visited them resembled the nightclub shooter.

"Unfortunately, given the lack information about this individual, FBI agents were unable to conduct any meaningful investigative follow up." the FBI said.

Investigators say Mateen opened fire early Sunday morning at the Pulse nightclub in Orlando, killing 49 people and wounding 53 others before he was killed in a shootout with police. It was the deadliest attack on U.S. soil since 9/11.

A source familiar with the investigation told CBS News on Wednesday that Mateen referenced the Islamic State of Iraq and Syria (ISIS) in a Facebook message posted moments before the shooting.