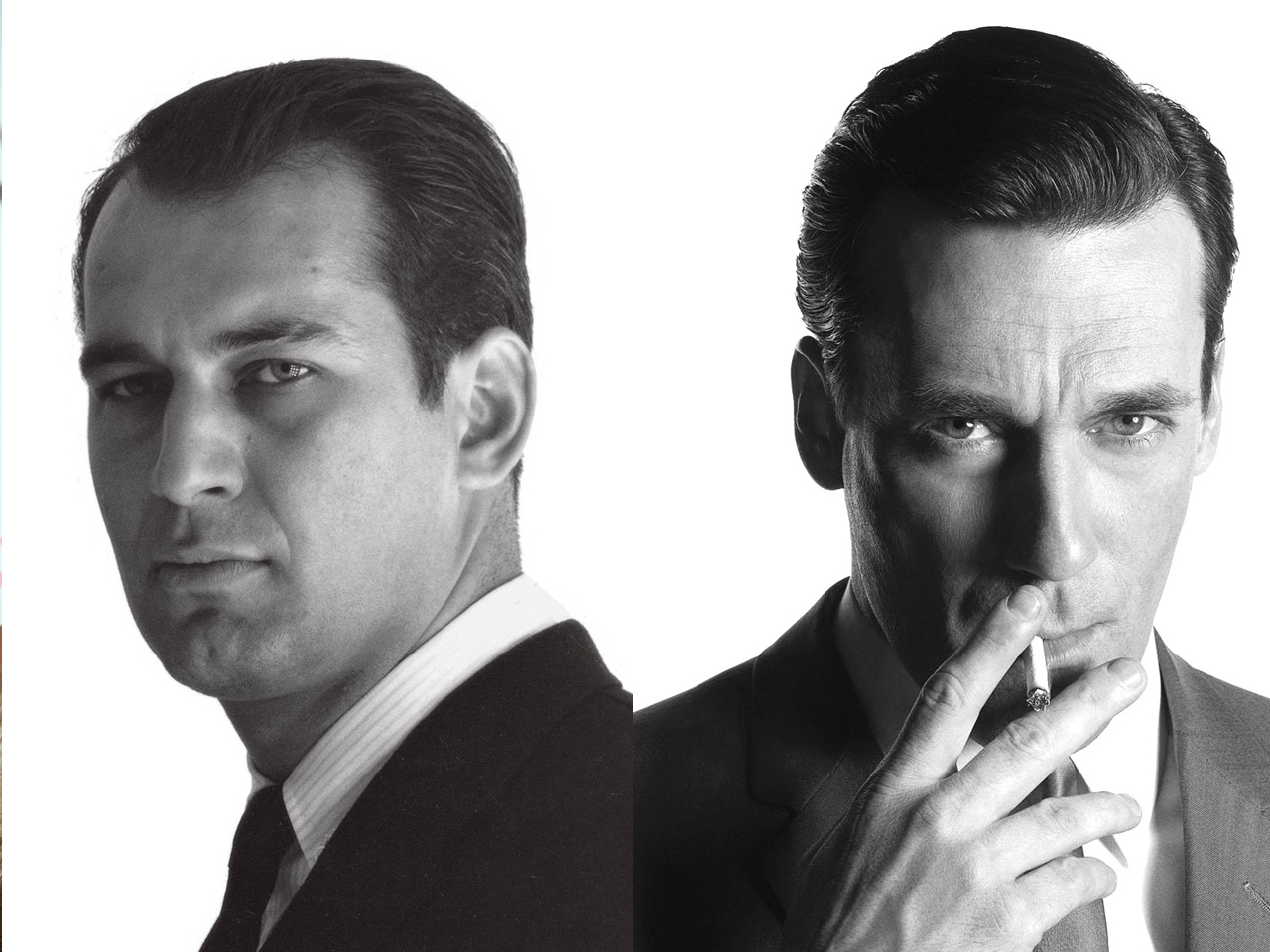 (CBS News) "If you act like one of those lecherous 'Mad Men' in your office, you'll wind up getting screwed." That's just one piece of insight featured in "Damn Good Advice," a new book by legendary art director George Lois about how to have a successful career.

Often referred to as one of the original "Mad Men" of the 1960s, Lois is the mastermind behind classic campaigns for Xerox, Robert F. Kennedy and Jiffy Lube, just to name a few. Between 1962 and 1972, he designed more than 90 covers for Esquire magazine, and years later came up with the slogan "I Want My MTV."

But don't dare call him Don Draper. Although many comparisons have been made (they certainly resemble each other) Lois, who's been married to the same woman for 60 years, says he's absolutely nothing like the TV show character.

"People say I'm the original Don Draper. I'm not Don Draper," an emphatic Lois told CBSNews.com. "Don Draper is a no-talent, womanizing, drunk, smoking, white-shirted ... son of a bi***." On top of that, Lois, 81, jokes that when he was in his 30s, he was better looking than Don Draper.

Just this week, for the first time, both "Mad Men" had the chance to meet while at a Newseek/Daily Beast party in New York, leading up to the show's season five premiere on Sunday.

But that doesn't mean Lois is a huge fan of the hit series; he doesn't believe it accurately portrays the ad business of the time. "People in my generation understand how wrong it is," he said. Still, the creators know how to do a hot show, the New York native added.

Lois co-founded the agency, Papert, Koenig, Lois, in the first week of 1960 and helped start what became known as the "Advertising Creative Revolution."

"The 1960s was a heroic age in the history of the art of communication - the audacious movers and shakers of those times bear no resemblance to the cast of characters in 'Mad Men,'" Lois writes in his new book.

The pocket-sized book is chock-full of advice geared toward "people with talent." Lois, who fought in the Korean War and got his start in the promotions department at CBS in the 1950s, definitely has some interesting stories to tell and advice to give.

"You have to be courageous to do great work," he told CBSNews.com.

He fondly recalls being courageous and pushing the limits while working with CBS journalists Edward R. Murrow and Fred Friendly in the 1950s. The charismatic Lois even has some feedback for actor-director George Clooney about his 2005 movie "Good Night, and Good Luck," which centers around newsman Murrow and Senator Joseph McCarthy.

Lois says the next time he sees Clooney, he just may tell him.