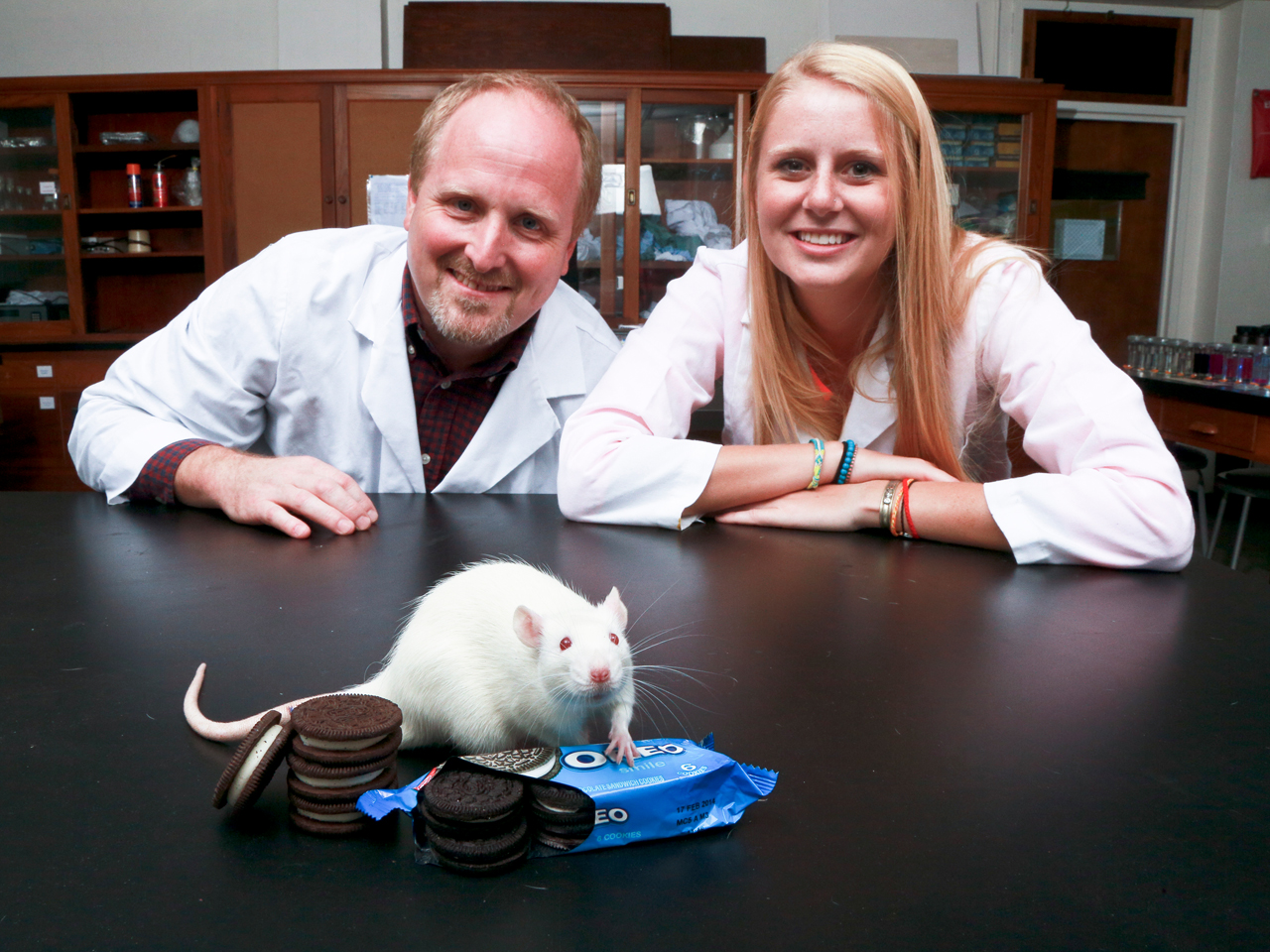 Wonder why it's hard to stop eating Oreos once you've taken that first bite? A new study suggests that "America's favorite cookie" is just as addictive as cocaine or morphine -- at least in lab rats.

"Our research supports the theory that high-fat/high-sugar foods stimulate the brain in the same way that drugs do," co-author Joseph Schroeder, an associate professor of neuroscience at Connecticut College in New London, Conn., said in a press release. "It may explain why some people can't resist these foods despite the fact that they know they are bad for them."

Researchers tested rats' affinity for the chocolatey sandwich cookie in several lab experiments. Co-author Jamie Honohan explained that Oreos were chosen not only for their taste, but because they have high amounts of fat and sugar and are marketed heavily in areas where people tend to have lower socioeconomic status and higher obesity rates.

The rats were put in a maze and given either Oreos or rice cakes at the end. The researchers timed how long the rats would spend on the side of the maze where they were fed the snack. Interestingly enough, just like people, the rats split the Oreo in half and went for the creamy inside first before consuming the cookie.

The rice cakes were chosen because they weren't a crowd favorite. "Just like humans, rats don't seem to get much pleasure out of eating them," Schroeder said.

Other rats were put in the same maze but given an injection of cocaine or morphine or saline when they reached the end. The researchers also monitored how long they spent on the side where they received the drugs or placebo.

The researchers discovered that the rats spent about the same amount of time on the side where they would get their next "fix," whether it was drugs or cookies.

Researchers also looked in the nucleus accumbens, or the brain's pleasure center, and measured how much c-Fos, a protein marker that signals brain neuron activation, was expressed. In simple terms, they were looking at how many cells were turned on in response to the drugs or Oreos.

The researchers saw that Oreos activated significantly more neurons than cocaine or morphine.

"This correlated well with our behavioral results and lends support to the hypothesis that high-fat/high-sugar foods are addictive," said Schroeder.

Previous studies have shown that highly-processed carbohydrates like cakes, cookies and chips could affect this same pleasure center in the brain by triggering the release of dopamine, a neurotransmitter that is released when the brain senses something that is a reward.

"Even though we associate significant health hazards in taking drugs like cocaine and morphine, high-fat/high-sugar foods may present even more of a danger because of their accessibility and affordability," Honohan said.

Schroeder added to WCBS 880 that this could explain why people have a hard time turning junk food down.

"Overall, it lent support to the hypothesis that high-fat/high-sugar foods can be viewed in the same was as drugs of abuse and have addictive potential," Schroeder said. "It could be used to explain why some people have a problem staying away from foods that they know they shouldn't eat or that they know are addictive."

The research will be presented in November at the Society for Neuroscience conference in San Diego, Calif.