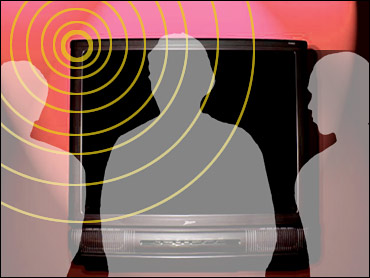 Chris van Rossman's television came with a VCR, DVD player and CD player - plus a hidden feature that had a rescue team beating a path to his door.

On the night of Oct. 2, the TV began emitting the international distress signal - the 121.5 megahertz beep emitted by crashed airplanes and sinking boats.

The signal was picked up by a satellite, relayed to an Air Force base in Virginia, then to the Civil Air Patrol, then to officials in Oregon. Most signals are false alarms, but they're all checked out, and soon, men in Air Force uniforms, a police officer and Mike Bamberger, a Benton County Search and Rescue deputy, were at van Rossman's apartment door.

"I have a pretty spotless record, so I wasn't overly concerned - just a little confused," van Rossman said. "The police officer asked if I was a pilot or had a boat or anything."

They left when he said "no," but came back when they narrowed the location of the signal to a wall in van Rossman's hallway, Bamberger said.

The solution to the mystery was nailed when van Rossman turned off the TV before answering the door the second time. The signal stopped, too. An inspection of the television confirmed it was the source.

"Their equipment was just bouncing everywhere as they turned it on and off," van Rossman said.

Neither investigators nor officials at Toshiba Corp. know exactly what caused the problem, Bamberger said Tuesday. Toshiba plans to replace the television and examine the offending one.

"We have never experienced anything like this before at Toshiba," said spokeswoman Maria Repole.

In the meantime, van Rossman is keeping the set unplugged - to avoid a fine of up to $10,000 per day if his TV cries wolf again.