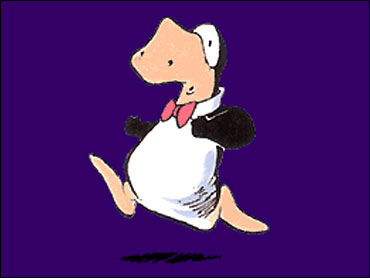 Cartoonist Berkeley Breathed is resurrecting Opus the penguin from the 1980s comic strip "Bloom County" for a new series to appear in Sunday comics this November.

A 1987 Pulitzer Prize-winner for editorial cartooning, Breathed stopped drawing the daily "Bloom County" in 1989 when it was running in nearly 1,300 papers. He began a Sunday strip, "Outland," with many of the same characters - including the penguin's hairball-hacking sidekick, Bill the cat - but quit that in 1995.

Partly chalking it up to artistic burnout, Breathed said at the time that cartoonists "die and go to cartoon hell for working beyond that magic intersection of art and fun."

He has since written children's books and sold the rights to an Opus movie that could start filming by the end of the year.

Central Park birder gets his own TV show
Thanks for reading CBS NEWS.
Create your free account or log in
for more features.
View CBS News In
CBS News App Open
Chrome Safari Continue
Be the first to know
Get browser notifications for breaking news, live events, and exclusive reporting.