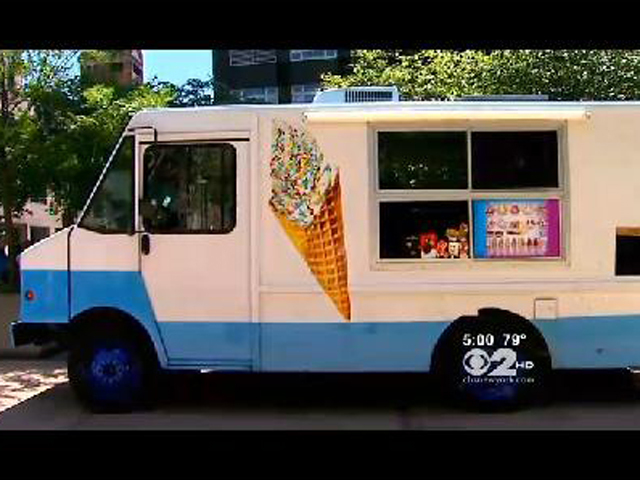 (CBS/AP) NEW YORK - A Brooklyn ice cream truck driver is facing a rocky road after he allegedly sold drugs out of his truck to an undercover cop, reports CBS New York.

The station says 20-year-old Mita Gatas was busted for selling cocaine and oxycodone pills along with ice cream in a sting police dubbed "Operation: Snowcone."

Gatas was reportedly arraigned Tuesday after his arrest Monday evening.

According to CBS New York, Brooklyn District Attorney Charles Hynes said in a news conference that Gatas "sold large quantities of drugs right from the ice cream truck while children bought their ice cream treats just a few inches away."

At the time, the truck was parked at Owls Head Pier on the waterfront north of the Verrazano-Narrows Bridge.

The undercover officer asked for a vanilla ice cream cone and Gatas gave him the cocaine in a straw hat, according to the station.

Gatas' landlady told CBS New York that her tenants complained about Gatas' drug use often. A fellow ice cream truck operator, who claims to know the Gatas for years, told the station that he has never seen him do anything dishonest.

The ice cream truck was an independent operation, not affiliated with any well-known company.