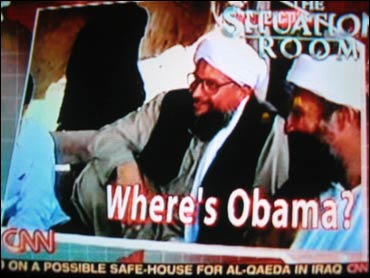 CNN apologized Tuesday for mistakenly promoting a story on the search for Osama bin Laden with the headline "Where's Obama?"

A spokesman for Illinois Sen. Barack Obama said the apology was accepted.

CNN called it a "bad typographical error" by its graphics department.

Tommy Vietor, Obama's press secretary, said he appreciated the bloggers and activists who brought the error to light so quickly and helped make sure it was corrected.

"Though I'd note that the 's' and 'b' keys aren't all that close to each other, I assume it was just an unfortunate mistake and don't think there was any truly malicious intent," Vietor said.