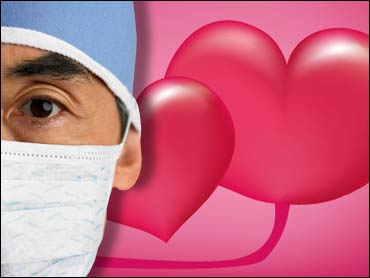 It's traditional to symbolically give your heart to your beloved on Valentine's Day. But an upstate New York woman is giving her kidney — literally.

Pearl Hamilton will donate one of her kidneys to her husband, 57-year-old dairy farmer Byron Hamilton, at Erie County Medical Center on Wednesday.

Byron Hamilton has battled kidney disease for many years. In September, doctors told him his kidney function had declined so much that dialysis or a transplant would be necessary. Pearl didn't think twice about being the donor. She says it's all a matter of making him well.

There were 15,721 kidney transplants last year in the United States — 62 percent from living donors and the rest from cadavers. Of the living kidney donations, 702 were from spouses.

The national waiting list for kidneys has more than 70,000 candidates. The median waiting time in the United States is about three years. Last year, 3,500 people died while waiting.