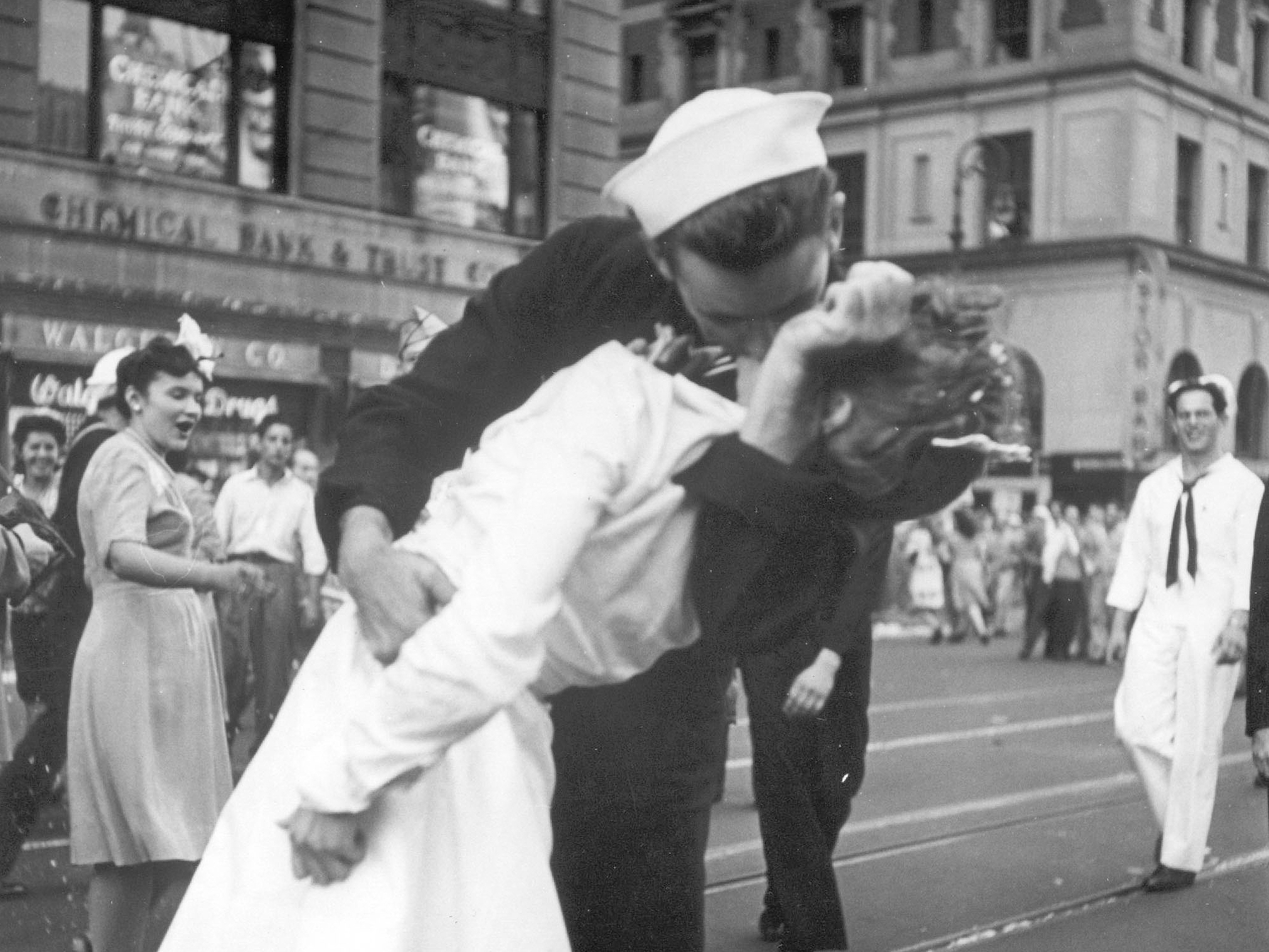 HOUSTON - A man who became known for claiming he was the sailor kissing a woman in Times Square in a famous World War II-era photo taken by a Life magazine photographer has died. Glenn McDuffie was 86.

A mail carrier and semi-professional baseball player after he returned from World War II, McDuffie's life became more exciting about six years ago when Houston Police Department forensic artist Lois Gibson was able to identify him as the young man leaning over the woman in his arms to kiss her.

By taking about 100 pictures of McDuffie using a pillow to pose as he did in the picture taken Aug. 14, 1945, by photographer Alfred Eisenstaedt, Gibson said, she was able to match the muscles, ears and other features of the then-80-year-old McDuffie to the young sailor in the original image.

"I was absolutely positive," Gibson said of the match. "It was perfect."

The identification remained controversial, partly because other men also claimed to have been the sailor in the image, but also because Life magazine, whose photographer had died years earlier, was unable to confirm that McDuffie was in fact the sailor, noting Eisenstaedt had never gotten names for those in the picture.

Yet for McDuffie, Gibson's word was enough. A well-respected forensic artist who was in the 2005 Guinness Book of World Records for helping police identify more suspects than any other forensic artist, Gibson said McDuffie was ecstatic when she told him the results he had waited 62 years to hear.

And so began a whirlwind lifestyle of going to air shows, gun shows, fundraisers and parties to tell his story. Women would pay $10 to take a picture kissing him on the cheek, Gibson said.

"He would make money and kiss women," Gibson said. "He had the most glamorous life of any 80 year old."

McDuffie had told the AP he was changing trains in New York when he was told that Japan had surrendered.

"I was so happy. I ran out in the street," said McDuffie, then 18 and on his way to visit his girlfriend in Brooklyn.

"And then I saw that nurse," he said. "She saw me hollering and with a big smile on my face. ... I just went right to her and kissed her."

"We never spoke a word," he added. "Afterward, I just went on the subway across the street and went to Brooklyn."

Gibson's daughter, Bell, said on anniversaries of the war's end her father would recall that moment and the air of excitement in Times Square.

For years it bothered him that he wasn't identified as the man in the photo, she said, and he turned to Gibson for help to clear it up.

"He wanted to do it before he died," she said.

McDuffie is survived by his daughter and two grandchildren. His funeral will be held March 21 at the Dallas-Fort Worth National Cemetery.