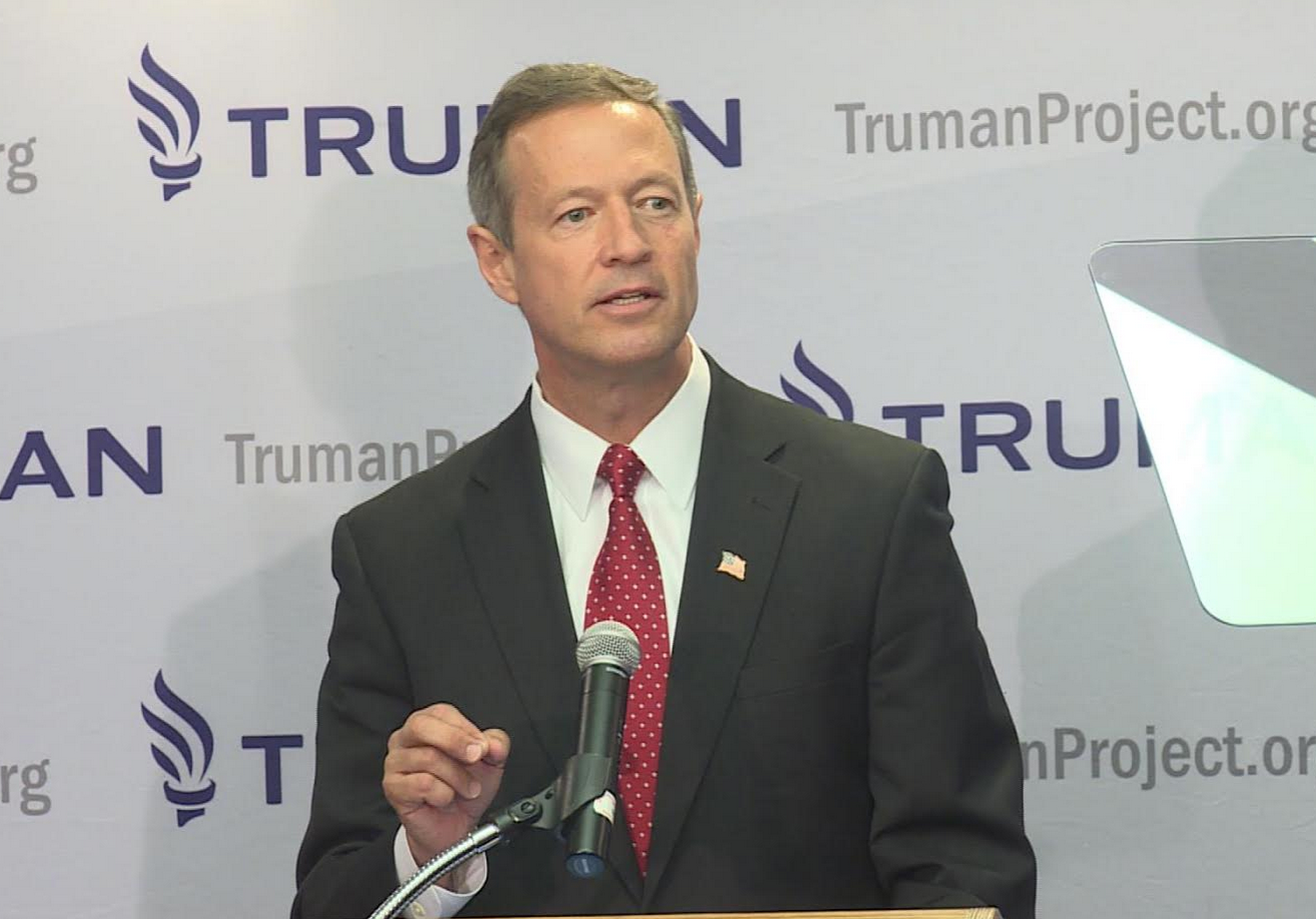 Washington, D.C. -- In his most detailed remarks on foreign policy to date, Democratic presidential candidate Martin O'Malley drew lessons from the Iraq war and the attack on the U.S. consulate in Benghazi to explain his vision for combatting ISIS.

"Containing, degrading, and defeating ISIS will require an integrated approach," the former Maryland governor said in a speech on the first day of the Truman National Security Project's annual conference, "an approach focused not only on military power, but on political solutions."

He contrasted this approach with the approach to the invasion of Iraq, which he referred to as a "mindless rush to war." Putting boots on the ground in this case to fight ISIS, he said, could be "counterproductive to our desired outcome." He said that the U.S. should avoid "mission creep" and emphasized instead the role of partnerships in countering Islamic terrorism and better "human intelligence" gathered by diplomats, like U.S. Ambassador Chris Stevens, who was killed in the Benghazi attack.

Stevens, O'Malley said, "gave his life reaching out to those emerging from the rubble of Gadhafi's dictatorship."

O'Malley's strategy, he said, would better equip diplomats like Stevens who are working in "hostile" environments with the tools to engage with local leaders and improve American intelligence of emerging threats.

"We must recognize that there are real lessons to be learned from the tragedy in Benghazi," he said. "Namely, we need to know in advance who is likely to take power or vie for it once a dictator is toppled."

Doug Wilson, who serves as O'Malley's senior foreign policy adviser and chair of the board of advisers at Truman, told reporters following O'Malley's remarks that the speech was not meant as a criticism of Hillary Clinton. Clinton, the frontrunner for the Democratic nomination in the presidential race, voted for the Iraq invasion as a senator and has been accused of mishandling the Benghazi attack during her tenure as Secretary of State.

"You see no mention of any candidates names in what he had to say," Wilson said. "You see only a mention of what he thinks this country needs to do in order to have a better shot at succeeding around the world."

"This governor has traveled. He has met with foreign leaders," he said, mentioning that O'Malley has met with Indian Prime Minister Narendra Modi and Israeli Prime Minister Benjamin Netanyahu. "He has also met with leaders on regional and local levels and in civil society on his travels he believes these are people who are going to have influence on policies in their countries for a long time to come."

O'Malley's emphasis on partnerships runs through his entire vision of American foreign policy. He has called for more engagement around the world, in terms of national defense but also to combat what he calls "21st century challenges" like climate change and cyberterrorism.

"After 12 years on the battlefields of Iraq and Afghanistan," he said, "it is understandable that many Americans would like to disengage from the world. Understandable, but not responsible."