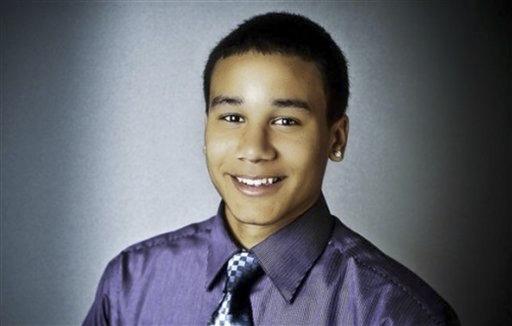 OMAHA, Neb. (CBS/AP) Just hours before 17-year-old Robert Butler Jr. opened fire at his Nebraska high school, killing an assistant principal, he had been suspended from class and removed from the building for driving on an athletic field, police said Thursday.

Butler Jr. was escorted out of Millard South High School on Wednesday morning. A few hours later, he returned and shot both the assistant principal and the principal before fleeing and killing himself, police said.

Butler, the son of an Omaha police detective, had transferred in the fall from a school in Lincoln, about 50 miles away. He had been cited on New Year's Day for criminal trespassing after driving his car on the school's football field and track, police said.

Butler was called out of class at 8:10 a.m. Wednesday to meet with Assistant Principal Vicki Kaspar. After the two talked in her office, he was escorted out of the school at 9:23 a.m., police said.

Butler walked back into the school's main entrance at 12:45 p.m. and signed in at the office to meet with Kaspar. Police said he had been in her office about four minutes with the door closed before he shot Kaspar. Butler then shot Principal Curtis Case.

Butler also fired at a custodian and missed, and bullet fragments apparently hit a school nurse, who was treated at the scene.

An unarmed security officer was sitting at a desk outside the school's main offices and saw Butler walking away. Butler pointed a gun at the officer, who took cover and wasn't shot.

A school resource officer who heard the gunfire called police. The security officer gave police Butler's name and described his car, and at 1:35 p.m. authorities received a report of a suspicious vehicle about a mile from the school. Officers raced to the car and found Butler inside, dead from a self-inflicted gunshot wound.

Authorities also said they believe Butler used a handgun owned by his father. It was probably his father's service weapon, a .40-caliber semiautomatic pistol that can fire up to 15 rounds.

Police Chief Alex Hayes said Butler apparently took the Glock from a closet. His father works an evening shift and had been home but left to run errands.

Butler's relatives say they are shocked and confused by his actions. The family issued a statement Thursday through Omaha police extending their sympathies to Kaspar's and Case's families.

COMPLETE COVERAGE OF THE OMAHA SCHOOL SHOOTING ON CRIMESIDER